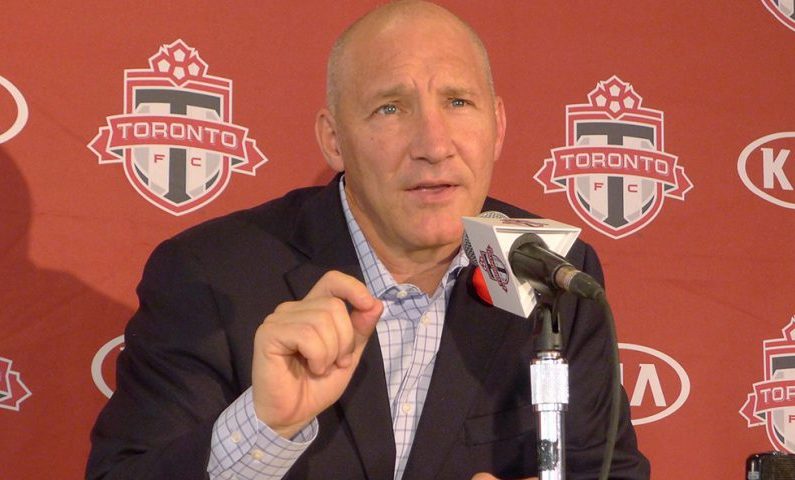 After being blasted by striker Jozy Altidore on Friday, Toronto FC president Bill Manning admits the duo have resolved their spat.

According to Sportsnet, Manning said on Monday that the pair hugged it out and said the confrontation was a big misunderstanding. Altidore assisted on the game-winning goal as Toronto FC outlasted Minnesota United 4-3 last Friday evening at BMO Field.

However, the U.S. Men’s National Team striker had to be substituted off with hamstring tightness in the 82nd minute. Altidore then blasted Manning in postmatch quotes stating that the president would not allow training Giuseppe Gueli to work on Altidore or the players.

“He didn’t have all the information. Now I think he sees what I was working on, and we’re both in a good place,” Manning said. “We’re moving forward in terms of Giuseppe’s role with the club. Part of Giuseppe’s role is to make sure our guys return to play as soon as possible.”

“Giuseppe had been working with the club where he specifically had worked with Designated Players, and that was a deal I wanted to terminate,” Manning said. “[Captain Michael Bradley] and Jozy had spoken to me about his importance to them, and it was very important to me, as I related to them, that his services be available to the full team.”

Manning explained he recently flew to Italy, where he met with Gueli to work out a new deal with him, according to the report. Although Altidore did not know all of the facts, he vented due to his injury which Manning admitted he understands.

“Any of you who are a dad out there, the example I gave is your son throws a temper tantrum in the supermarket or a park or in a public place, you’re a little embarrassed, and you get him alone and scold him a little bit. But you still love him,” Manning said. “We’re close, we’re family, and he’s so important to this club. His relationship and mine may actually become stronger through all of this.”

Altidore will now miss two-to-three weeks due to his hamstring which leaves Alejandro Pozuelo and Jordan Hamilton as the likely options at forward.

The 29-year-old has five goals and two assists to his name in five league matches in 2019. The forward also apologized to Manning via social media on Monday.

Toronto FC returns to action on Saturday against the Portland Timbers.