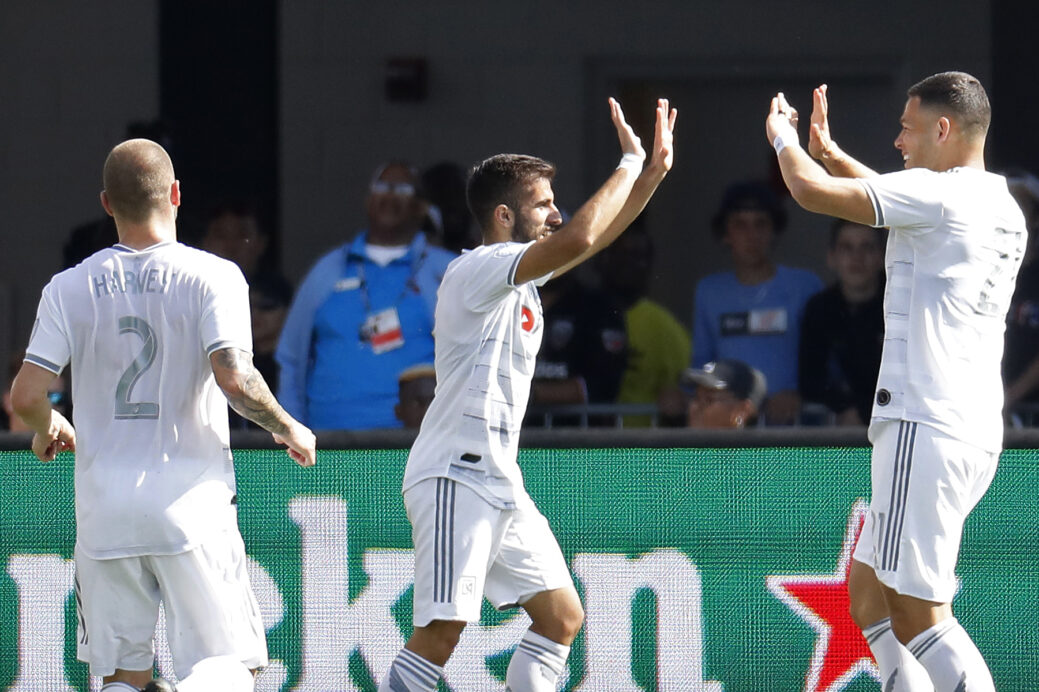 LAFC continued their dominance of MLS after Saturday’s 4-0 dismantling of D.C. United, ending their 11-game  home unbeaten streak and keeping themselves at the top of the league as just one of four remaining unbeaten teams.

Below is a look at who the SBI Soccer staff thought was the best of MLS in Week 6.

LAFC’s Diego Rossi netted a hat trick in LAFC’s 4-0 win at D.C. United on Saturday, giving him six goals in six matches this season, just one behind his teammate Carlos Vela in the early Golden Boot standings.

Los Angeles FC continued their hot start to the season, easily taking down D.C. United 4-0 at Audi Field on Saturday to extend their unbeaten streak to six matches.

Diego Rossi netted a hat-trick just a week after Carlos Vela earned his at San Jose – the seventh time that a pair of teammates scored hat-tricks in back-to-back games and the first time that it’s happened on the road.

Colorado Rapids midfielder Cole Bassett had himself a solid match on Saturday night despite Colorado losing to Orlando City in the final minutes.

He tallied an assist on Nicolas Amezuida’s goal in the 61st minute that tied the match at two apiece and then scored the then-go-ahead goal on this left-footed shot to the far post just 10 minutes later.

Chop it back + clinical finish with the left foot.

On a night that headlined the Homegrown teens starting for both FC Dallas and the Philadelphia Union, it was one of the older guys getting the job done.

Alejandro Bedoya’s game-winning goal for the Union in stoppage time gets our nod for Goal of the Week.

Ayyy, @MLS, how’s this for a Goal of the Week contender?