The SBI View: MLS dropped the ball on Kaku’s suspension 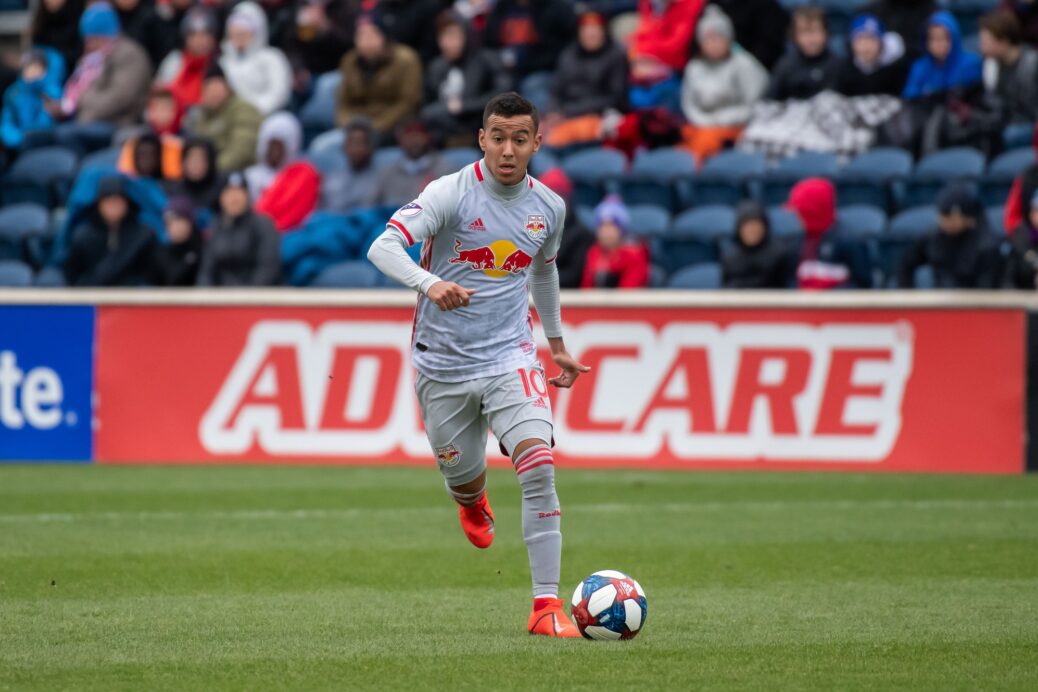 Major League Soccer made a stunning decision on Wednesday night, when it announced New York Red Bulls midfielder Kaku would be suspended two additional games for striking a fan in Kansas City with a ball on April 14th.

Many across the league believed Kaku would receive a lengthy ban because he unnecessarily sent the ball into the stands during second-half stoppage time of the 2-2 draw.

Banning Kaku for two additional games doesn’t seem like the fair ban for his actions.

“I apologize again for my actions and accept this suspension from MLS,” Kaku said in a statement through the Red Bulls. “I will do my best to learn from this and become a better person and player. For now, I will continue to work hard in training and do what I can to make sure my teammates are prepared for these matches.”

To put it into perspective, Tim Howard received a three-game ban for a verbal spat with a fan and Clint Dempsey was handed a much-longer suspension for ripping up a referee’s notebook in the U.S. Open Cup.

Striking a fan with a ball is much more violent than a verbal disagreement, albeit it bad one in Howard’s circumstance, and a lashing out against a referee.

One of the primary goals of the MLS code of conduct is to protect its fans.

In fact, the first line of the code of conduct reads that the league, its clubs and venues are committed to creating a safe, comfortable and enjoyable soccer experience for all guests in and around our stadiums and facilities.

What exactly is safe, comfortable and enjoyable about a player receiving a measly two-game ban for striking a fan with a ball?

Kaku should’ve received at least a five-game ban based off recent suspensions handed out by the league, and it is frankly disappointing the league came to this conclusion.

Although it is a rare occurrence, it sets a dangerous precedent if a situation like this comes about in the future.

The slap on the wrist of a suspension doesn’t punish Kaku enough and it allows him to step right back on the field and help the Red Bulls get out of their funk to start the season.

Sure, Kaku will miss one of the most high-profile games of the season against LA Galaxy and his actions should be further reprimanded during the broadcast, but once the final whistle blows on that game, he’ll be eligible for selection again.

When he gets back on the field on May 8th, Kaku will have missed less than a month of game action.

Less than a month for striking a fan with a ball that was shouldn’t have been punted away in frustration in the first place.

Frustration, the same emotion Kaku felt on April 14th, should what MLS fans should feel after MLS’ disappointing decision.