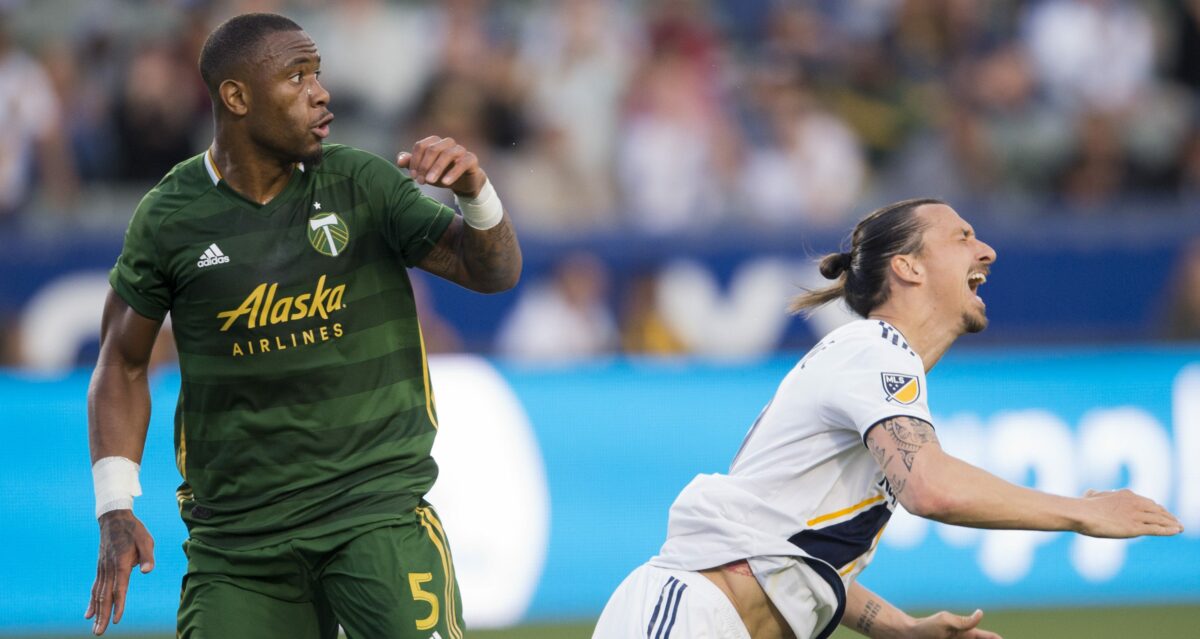 The Portland Timbers are off to another weak start to their MLS campaign. After last night’s 2-1 loss to the LA Galaxy, the team stands at 0-3-1 as the month of March comes to a close, which is really nothing new for them.

Their winless opening is a continuation of a trend the team has experienced over the last five years. Since 2015, the Timbers are a combined 4-8-7 in March, and three of those wins came in 2017, when they started off with three wins on the trot. This year’s one-point performance has been the worst of the bunch, however, things are starting to look up after a mostly strong performance from the team’s most inconsistent unit: the defense.

The Timbers have allowed 12 goals in four matches so far while using a hodgepodge of back line setups. They broke out a back-five Sunday night against the Galaxy and it was effective in the sense that they didn’t allow any goals from the run of play. Only a pair of reckless and indefensible penalties got in the way and cost them the match.

The first came when Claude Dielna carelessly charged into Zlatan Ibrahimovic’s back while going for a header. Dielna stood no chance of winning the ball and would have been better served by staying back and preparing to defend Ibrahimovic in a more responsible position. The play was near the top of the penalty area, the Swede had his back towards goal, and wasn’t in a very threatening position, at least by Zlatan’s standards.

The second was courtesy of goalkeeper Jeff Attinella, who took out Ibrahimovic with a very late sliding challenge. Attinella’s intent was fine, he wanted to get the ball away from the Galaxy’s most dangerous attacker before he had a chance to do something with it, but his timing was severely off and his slide didn’t come in until Ibrahimovic had already botched his touch and sent the ball out for a goal kick.

Both were clear cut penalties and both fouls didn’t need to happen.

Aside from those two mistakes, the defense held firm and didn’t allow a single shot on target.

“We were able to defend well,” head coach Giovanni Savarese said after the match. “Yes they created some good crosses, but we handled it very well. I don’t think they had that many shots. I think they hit a post in the first half. They didn’t create much, even though, yes, they did have the ball, but we closed the spaces I thought we did a fantastic job, especially the guys in the back to make sure that we were very disciplined.”

That’s a huge step in the right direction for a team coming off performances where they conceded three goals to an expansion team, four to an admittedly talented LAFC side, and three to the lowly Colorado Rapids in an offense depressing blizzard.

Savarese sees the improvement and refused to get down on his team after Sunday night’s defeat. In many ways, it was their best performance of the year, at least defensively.

Left back Zarek Valentin is the only defensive player to start all four games and the only outfield player to play all 360 minutes to start the season. He saw a team that was communicating better and showing signs that success is on the horizon.

“I think we are definitely progressing in the right way,” he told reporters after the game.

Sunday night was the first game of the season for newcome Jorge Moreira and established presence Bill Tuiloma, and they each brought some stability to a back line that really needed it. The communication was there and they kept the Galaxy off balance. It was just the two reckless penalties that wrecked an otherwise good performance.

“I think it carried out pretty well seeing a lot of those pieces were playing it for the first time this year and for the first time with this team,” Valentin said. “Obviously, Jorge [Moreira] coming in fit in seamlessly and lot of other guys just communicating and working through the moments and allowed us to get pressure wide to them which was something important but obviously they still through in a few good crosses as they should. Sadly, we didn’t get a good result but we put in a very good performance.”

The Timbers are still in the middle of a difficult grind to begin the season. They continue to travel all around the country while they wait for construction on Providence Park to wrap up. The run gets a smidge easier next weekend when they take on the struggling San Jose Earthquakes, and if their defense can repeat Sunday’s performance at Avaya Stadium on Saturday things can begin to look up before trips to FC Dallas, Columbus, and Toronto.

The team isn’t losing faith in themselves and the outlook is still appropriately optimistic. Savarese knows it’s just a matter of time before the team starts winning.

“This team is going to win more games than lose games,” he said, “I leave from here with a sensation that we are just about to win the first match.”