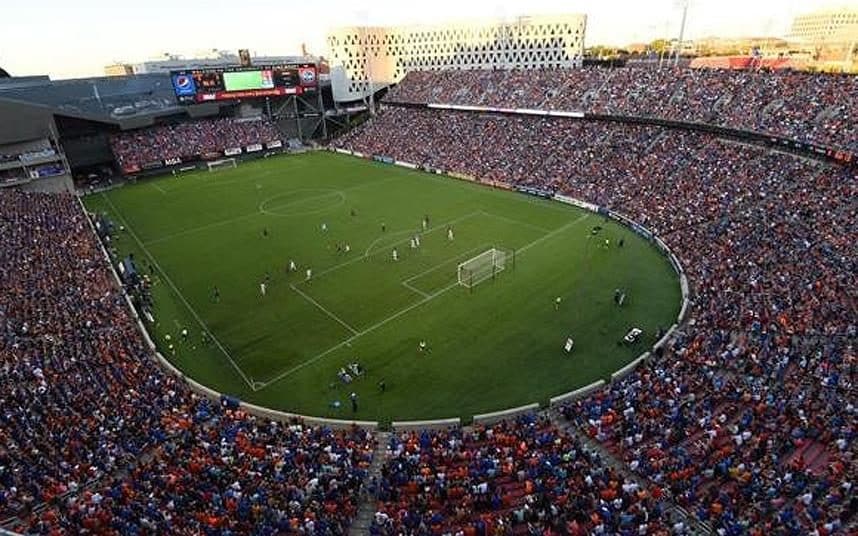 The U.S. Men’s National Team’s final tuneup ahead of this summer’s Concacaf Gold Cup could be in jeopardy.

Hours after U.S. Soccer announced that the USMNT would host Venezuela at Nippert Stadium on June 9th, the U.S. National Soccer Team Players Association (USNSTPA) released a statement regarding Nippert Stadium’s field conditions for the friendly.

Sod would be placed overtop the field’s current turf surfaced which the USNSTPA has opposed in favor of the player’s interests.

“The U.S. National Soccer Team Players Association is opposed to playing any game on sod placed atop artificial surfaces. On April 2, 2019, the USNSTPA sent the following email to U.S. Soccer Federation President Carlos Cordeiro. On April 8 we received a response from the U.S. Soccer legal counsel that the game would go ahead as scheduled,” the players association wrote in the Thursday statement.

“In the view of the Players Association, this is just one more example of a serious problem that the United States Soccer Federation is not advancing the interests of the players or the fans, but is solely focused on generating ever-increasing revenues and profits for the Federation, its employees, its sponsors, and the private businesses associated with the Federation.”

No official decision has been made on whether the match will be moved or postponed. The U.S. Women’s National Team played at Nippert Stadium back in Sept. 2017, while the USMNT have yet to play there.

The USMNT have also been linked to hosting Jamaica on June 5th at D.C. United’s Audi Field, but no official confirmation has been announced. Gregg Berhalter’s side kick off play in the Gold Cup group stage on June 18th.