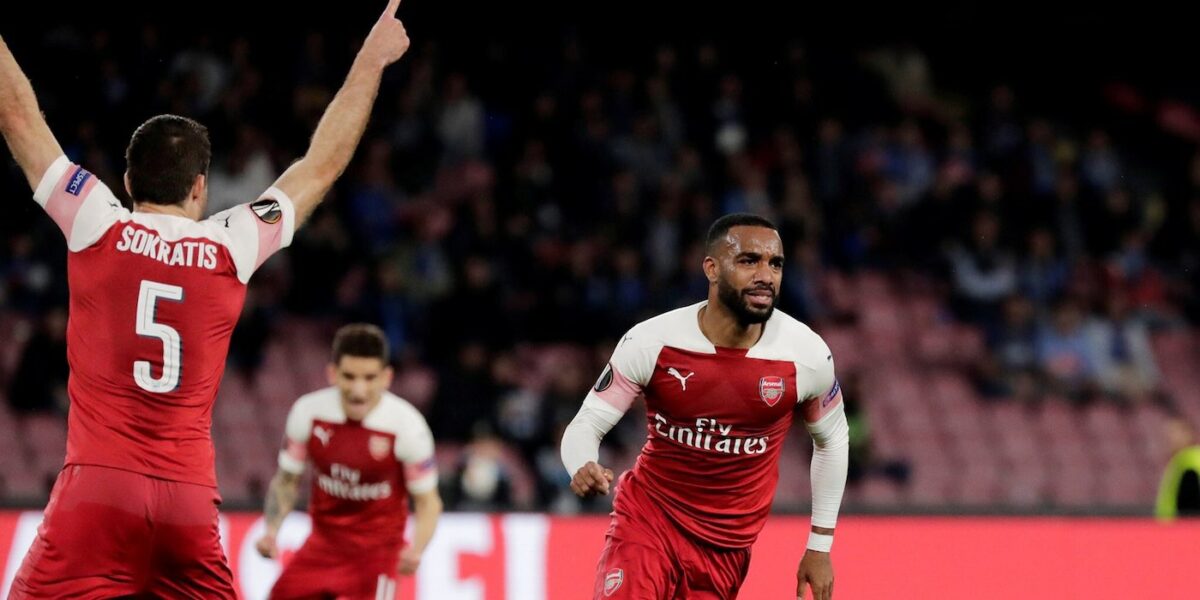 Arsenal eliminated Serie A side Napoli after a 1-0 second leg win at San Paolo on Thursday. Alexandre Lacazette’s 36th minute free kick was the lone goal in the match. The Frenchman beat 22-year-old Alex Meret to the bottom-right corner for his 16th goal in all competitions. Despite having 61% of the match possession, Napoli only had two shots on goal and could not break down the Gunners backline.

Eintracht Frankfurt continued their dream run in the competition with a 2-0 second leg win at Commerzbank Arena on Thursday. Filip Kostic broke the deadlock in the 36th minute, scoring from a rebound after Mijat Gacinovic rattled the left post. Sebastian Rode scored the decisive go-ahead goal in the 67th minute, finishing Ante Rebic’s pass into the bottom-right corner. The former Borussia Dortmund and Bayern Munich man’s first goal for the club ended up being huge as Frankfurt advanced.

Chelsea also booked their place in the semifinals after a 4-3 second leg win over Slavia Prague at Stamford Bridge. Pedro’s fifth-minute finish started the busy night in London before an own goal from Simon Deli extended the Blues lead to 2-0. Olivier Giroud answered his critics with a right-footed finish after 17 minutes before Tomas Soucek answered back with a header eight minutes later.

Pedro’s second goal of the match put Chelsea ahead 4-1 going into halftime. Petr Sevcik’s long-range strike gave Prague some life in the 51st minute before the 24-year-old rifled in his second of the night three minutes later. However, that was the closest that Prague got to a comeback as Chelsea marched onto the semis.

Valencia advanced in the All-La Liga tie after a 2-0 second leg win over Villarreal at Mestalla. Toni Lato’s 13th minute goal extended Valencia’s aggregate lead to 4-1 ahead of Dani Parejo’s wonderfully taken free kick in the second-half. Villarreal had five shots on goal but ultimately were eliminated by their league rivals.

The UEFA Europa League semifinals kick off on May 2nd as Arsenal faces Valencia and Eintracht Frankfurt hosts Chelsea. The second legs will take place on May 9th.