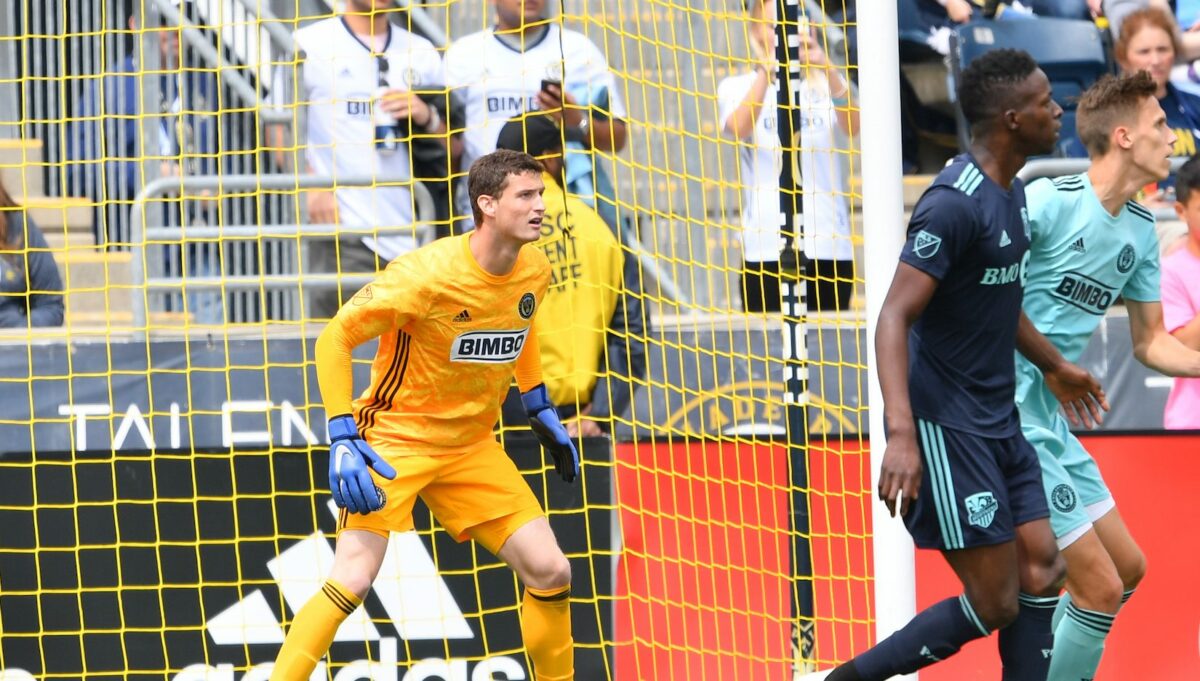 Ten years ago, Matt Freese was a young kid watching the Philadelphia Union begin their franchise in Major League Soccer. Fast-forward to this past Saturday, the homegrown goalkeeper made his MLS debut for the club in circumstances even he couldn’t predict.

Freese stepped in for starting goalkeeper Andre Blake and played the final 36 minutes in the Union’s 3-0 win over the Montreal Impact. Blake left the match with a hamstring injury which could see him out for the foreseeable future, giving Freese an opportunity to run with the No. 1 spot.

“I’m happy to have made my debut in front of the fans today, t’s a moment I’ve been working hard to earn,” Freese told SBI. “It’s a crazy feeling, knowing 10 years ago I was in those stands watching them and today to be able to get in for my debut was a great feeling. Obviously it’s tough circumstances though with Andre going down.”

Blake has totaled 105 league appearances for the Union since being drafted by the club in 2014. He’s went on to become one of the top goalkeepers in MLS and being a regular for the Jamaican National Team, winning 31 caps. The length of his absence has yet to be determined by Jim Curtin and his medical staff but it will give the opportunity for Freese and Carlos Coronel to fight for the No. 1 spot.

“Andre goes out, something you can’t predict,” Curtin said. “Matt Freese steps up and does his job, so that’s what we’re going to need. We’re a true team in the sense of the word. I thought he did a very good job. He didn’t have a ton of action, when he was called upon, he did well. Andre’s a huge piece to our team, but we believe in Carlos [Coronel], we believe in Matt, so they’re probably going to have opportunities in the coming weeks.”

After 18 appearances for Harvard last season, Freese signed a homegrown contract with the team and has also featured with Union’s USL affiliate, Bethlehem Steel. The 20-year-old Wayne, Pa. native has worked with Blake everyday in training, which should help as he gears up for winnable matches against Vancouver, FC Cincinnati, and New England.

“Andre is one of my best friends on the team and I was immediately worried for him,” Freese said. “I tried to relax and try to take it easy as I’ve prepared my life for that moment. Just wanted to go in confidently and make the most of the moment. If he is unable to go next week, then I have to be ready for the moment again.”

“Learning from him is unbelievable,” Freese said. “He’s an encyclopedia of goalkeeping knowledge. He’s usually the one cheering me on the most in training each week, even from the opposing goal when we’re going 11 v. 11. It’s incredible to work with him every day.”

Should Freese be called upon this Saturday at BC Place, he will hope to have his teammates put up a similar showing like they did against the Impact. Centerback Auston Trusty returns from a one-match suspension while Jack Elliott and Ray Gaddis will also feature in the backline. Kai Wagner’s suspension means Fabinho is the likely choice to come in but midfielders Alejandro Bedoya and Haris Medunjanin will help Freese remain calm as he prepares for his first MLS road match.

“You saw Matt come in and he was calm,” Haris Medunjanin told SBI. “In training he’s worked very hard and we can see that. Even in preseason he did very well and was able to fight for a spot with the team. He’s doing very well at a young age. We’re not too worried.”