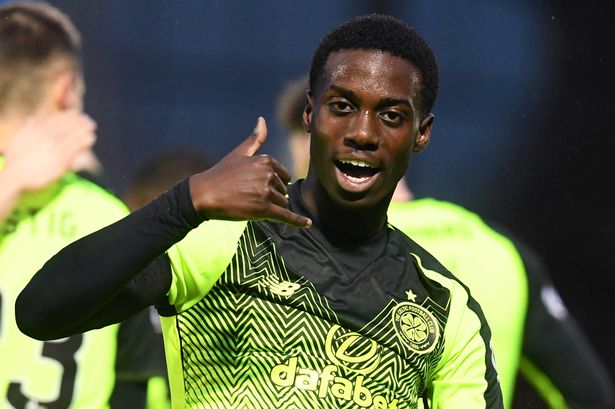 Timothy Weah was able to shake a lengthy scoring drought on Wednesday in what was his first start in two months for Celtic.

The current league leaders continued their domestic dominance with a 2-0 triumph over St. Mirren. PSG loanee Weah got the start and made the most of it, as he scored the first goal 15 minutes via a header off the crossbar. Neil Lennon’s side would go on to win away from home and further extend their gap over rivals Rangers.

“I’m really happy for the team when I’m on the field, but even when I’m off, I’m really positive about it. I just try to keep my head up and go into training and train hard. Whenever I get game-time I try and give what I can give to the team, that’s the most important thing as we are a team. So far it’s been great and I’m really happy here. The guys have been amazing and it’s been a great experience.”

Weah’s loan to Glasgow has been an important one as he continues to not only earn first-team minutes, but develop in one on Europe’s more physical leagues. Since joining in January, Weah has scored four goals in 13 matches in all competitions while also adding one assist.

He’s added another element to Lennon’s attack and brings pace and excitement to the team’s roster. With Celtic looking closer each week to clinching a sixth-consecutive league title, Weah has continued to savor the moments of being with this group of players and staff.

“Obviously, because I wasn’t getting game-time where I was, being here at Celtic and getting the experience has been awesome. Being in a different league has been great. The physicality in this league has been great. It’s taught me a lot and made me stronger. I’m just taking it step by step and maturing in my game, learning from the other guys in the team.”

“I love it here. I love the supporters, I love my team-mates and it’s been a great experience so far.”

Weah’s first chance at a trophy with Celtic continues next weekend with the club taking on Aberdeen in the Scottish Cup semifinals. For the 19-year-old, he will continue to play a role for this side who have continued using their depth in all competitions. Prior to the end of the Premier League season, Weah could give something back to the Celtic supporters who he has praised numerous times this season.

“We also have to go into the semifinal really focused because we have a good team to play in Aberdeen. It’ll be my first time playing at Hampden, so it’ll be an amazing experience and hopefully we can come through that and get a win for the supporters.”