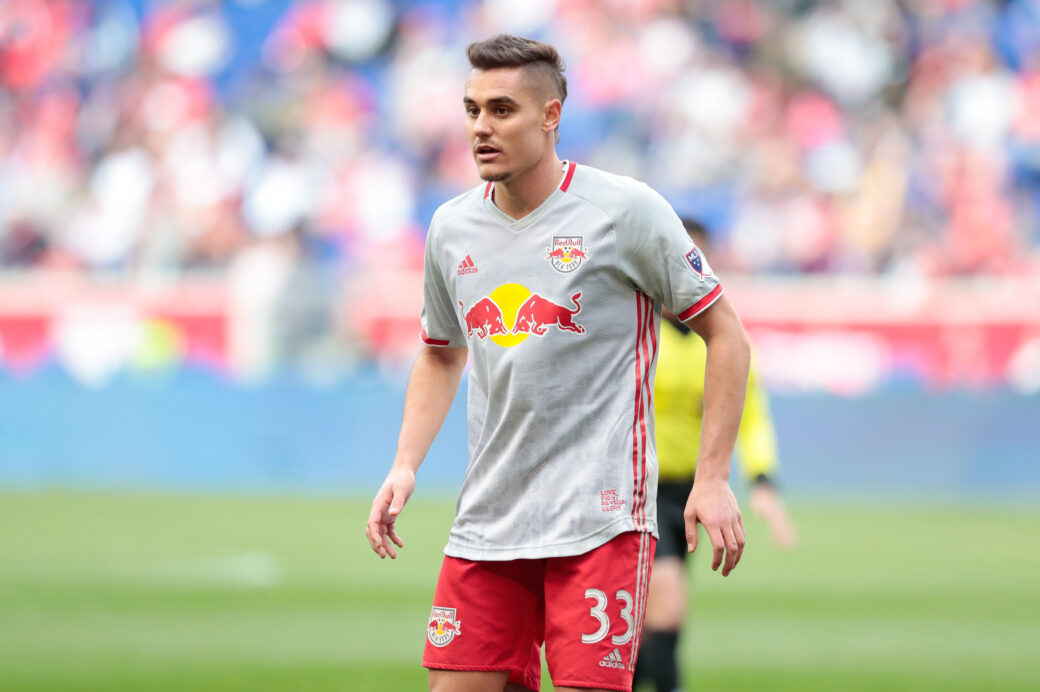 HARRISON, N.J. — This was not a sight the New York Red Bulls wanted to see. Same goes for the U.S. Men’s National Team.

Aaron Long went down with an injury late in the second half of the Red Bulls’ 2-1 home defeat to the Montreal Impact on Wednesday night, and was unable to walk off the field under his own power. The centerback instead needed the assistance of the medical field to limp to the sidelines before getting checked out further.

Aaron Long limps towards the locker room while clutching the back of his left thigh. Appears to be a quad injury but no official prognosis yet. #RBNY #USMNT #MLS pic.twitter.com/JQaXRirl6c

Long eventually walked gingerly towards the bench, but clutched his left hamstring on his way there.

“It’s super tight right now so I’m going to get an MRI tomorrow and see how it feels, see what it looks like,” said Long, who suffered the injury in the 82nd minute. “I’ve never felt something like that before so hopefully it’s not too bad.”

How long the 26-year-old will be sidelined may not yet be determined, but a lengthy spell away from the field would certainly jeopardize his expected participation at the Gold Cup with the USMNT next month. Long has started and gone the distance in three of the four games the Americans have had this year under new head coach Gregg Berhalter, but the hamstring injury has now created uncertainty about the defender’s availability for club and country.

The Red Bulls sure need him, too. They are in a bad way right now, starting the 2019 season with a 3-5-2 record that has currently them in 10th place in the Eastern Conference.

“We all know how big of a piece he is to this team,” midfielder Sean Davis said. “He’s already had a pretty long season, with the (U.S.’s) January camp. He’s always trying to give everything he has. Even on that play, he’s trying to block and put out a fire. Hopefully he’s okay, but we’ll see.”

For Long, his individual performance on the whole was topsy-turvy. The 2018 MLS Defender of the Year scored the opener for the Red Bulls in the 36th minute, but was whistled after halftime for a foul in the box that helped the Impact score the winner from the spot.

Then, late in the match as the Red Bulls frantically tried to find an equalizer, his hamstring “seized up.”

“Super weird game,” said Long. “Missed an open header, pulled a hamstring, and then give up a penalty. It’s a tough game for me, and I don’t think that’s ever happened to me like that before so I can put this one on my shoulders for sure.”

The Red Bulls surely prefer that Long puts ice on his hamstring rather than the defeat on his shoulders, as losing him for any significant amount of time would make their challenge to climb up the standings that much tougher. He also does not want to be shelved for any prolonged period, but we will not know the severity of his injury until there is an official diagnosis.

“It sucks, especially (us) going through a hard time, I want to be out there,” said Long. “Saturday is probably unlikely, but hopefully it’s not too bad and I can be out there for next game. It’s Atlanta at home, so hopefully I’m back for that.”