Amaya making the most of opportunity for FC Cincinnati 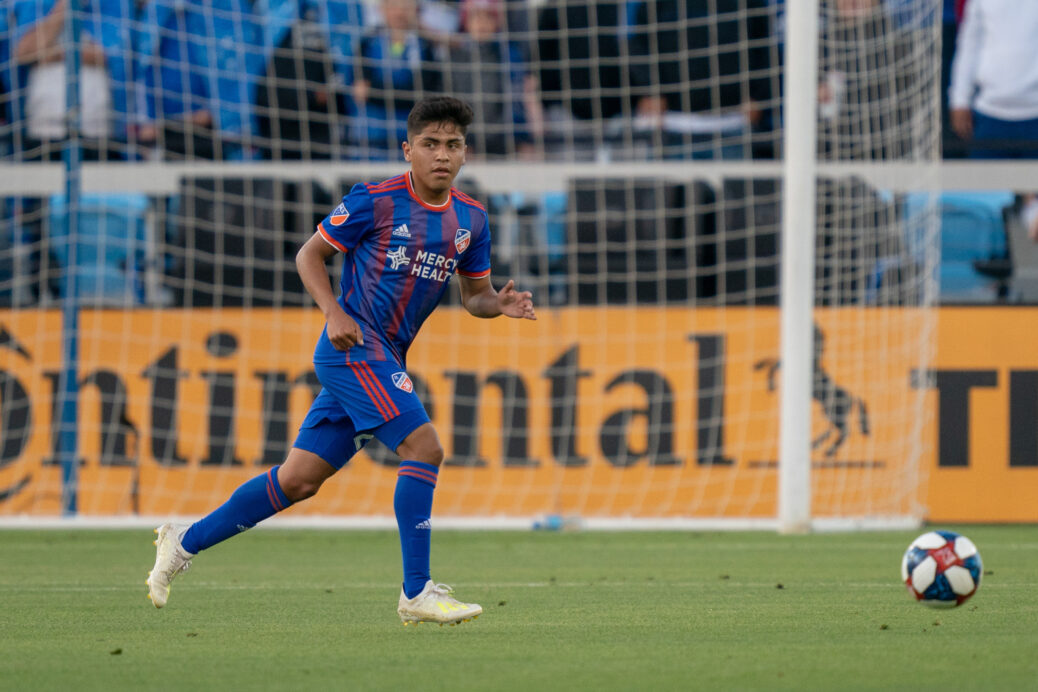 For FC Cincinnati fans, an expansion year in and of itself can be difficult to set realistic expectations for. You also wouldn’t know what to expect from first-round pick Frankie Amaya before the rest of the inaugural roster was set.

Although the Santa Ana native made quite a name for himself in his 2018 campaign at UCLA, at the beginning of the season it was difficult to see where the 18-year-old was going to see minutes in Cincinnati’s midfield department with respect to the pedigree of readymade talent and experience the expansion side opted for.

In recent weeks, interim head coach Yoann Damet has had to experiment with a handful of lineup changes because of injuries with the likes of mainstay players Kenny Saief and Leo Bertone being unavailable.

However, through Week 14 Amaya now finds himself with four consecutive starts to his name and has been the throughline of the midfield week-to-week alongside MLS veteran Victor Ulloa.

“You see that he is growing more confident on the ball, he is being the focal point of our attack, creating chances and making opportunities happen. I think he has taken that responsibility on his shoulders and kind of taken the team on that part and I’m happy for him. I’m always advising and talking to him, trying to push him, because I know he has the quality and I know he can be a great player for us.” Ulloa said about the rookie.

Prior to Damet taking over head coaching duties, Amaya’s starting streak actually started under former head coach Alan Koch, but Damet has let the youngster play expressively in the past three games. In Cincy’s 2-0 loss to the New York Red Bulls on Saturday, Amaya was taking corners and nearly earned his first MLS assist and goal on the evening.

“Frankie has been very good in the past games. I think he brings a lot of energy,” Damet said. “He’s also young to it brings this creativity, he’s more free to play, he has more freedom to on the field and you can tell that he’s less robotized by the way we want to play because he doesn’t have this experience so, for now, he’s discovering and trying to find the right spaces and I like what he offers on the field.”

The immediate vote of confidence from the new head coach isn’t lost in Amaya. After recently missing the USMNT U-20 World Cup roster, he has something to prove and earning minutes at the MLS level is one thing, but emerging as a starter and playing 90+ minute shifts when the team is at near full health wasn’t something that was expected of him.

“It feels good, just that he [Damet] has the ability to trust in me. It gives me confidence every game as we keep on going,” Amaya said. “They believe in me, I can take corners. Its not really a big deal, whatever he wants me to do, I do.”

“I feel a little tired, but I feel good. I want my fitness to keep progressing and getting better as time goes on.”

It wasn’t too long ago that Amaya said “It was an unbelievable feeling. It was a moment I dreamed of as a kid, and when he called me up and said I’m going in,” Amaya said. “It was just a shocker, I couldn’t thank him enough.” after making his MLS debut in the 76th minute of a losing game against Philadelphia Union in the pouring rain at Nippert Stadium.

The new has certainly worn off on the youngster and as he starts to check more proverbial firsts off his list, he’s becoming seasoned in his very first MLS campaign and building a very real case to be the 2019 MLS Rookie of the Year and become an immediate commodity, a la Julian Gressel’s 2017.