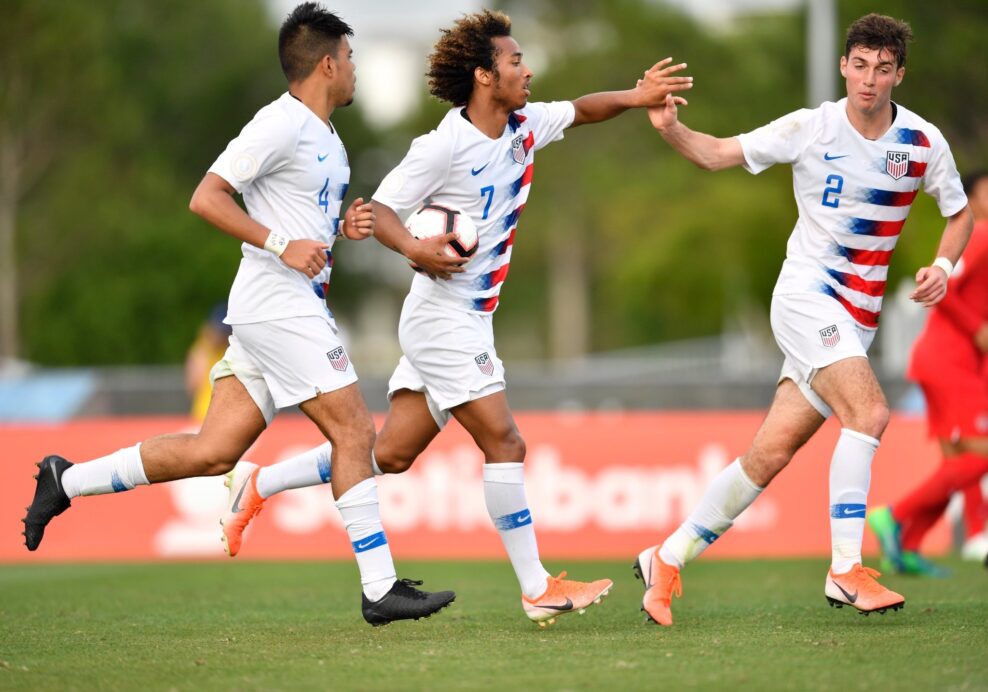 The U.S. U-17 Men’s National Team fought back for a opening match win at the 2019 Concacaf U-17 Championship on Thursday.

Saturday turned out to be a much easier time for Raphael Wicky’s squad. The U.S. rolled past Barbados 6-1, scoring four goals via set pieces. With the win they advanced into the knockout round of the tournament with two wins from two.

That's a wrap in Florida.

A dominant showing puts the U-17 #USMNT in prime position to win Group F. pic.twitter.com/hsUr91H37C

Kobe Hernandez’s 20th minute free kick put the U.S. ahead 1-0 as his effort beat Brandon Sumpter to the far post.

Gianluca Busio added a pair of goals of his own before halftime while Adam Saldana also registered his first goal of the tournament. Busio’s first goal fooled Sumpter as it dipped away from the keeper towards the near post.

Saldana extended the lead in the 33rd minute after Busio’s low drive deflected off of him and in.

Busio took advantage of a great piece of coaching ability by Wicky to score his second of the afternoon. A set piece play called by Wicky saw Gilbert Fuentes lay off a pass for Busio, who rifled an effort past Sumpter.

An own-goal from Barbados’ Ethan Bryan made it 5-0 after halftime before Alfonso Ocampo-Chavez beat Sumpter on a breakaway for his first goal of the competition.

Devonte Edwards’ 54th minute penalty would be a mere consolation for Barbados who finished second best on the day.

The U.S. concludes group stay play on Monday against Guatemala.