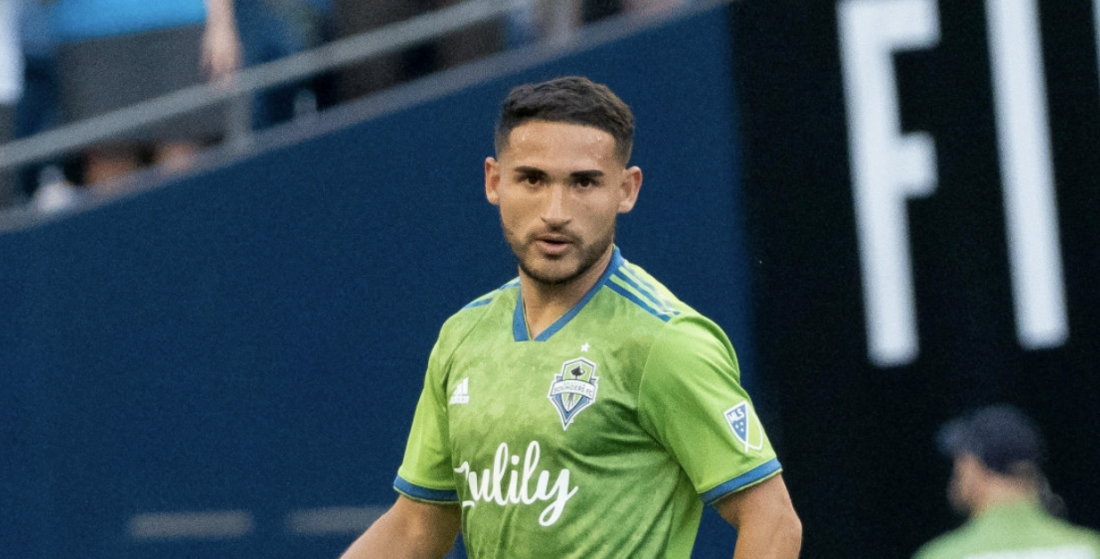 SEATTLE — The joke in the locker room was that Cristian Roldan couldn’t score from outside the penalty area.

“Jordan [Morris], Chad [Marshall], a lot of guys told me that I’m a poacher, that I’m a guy that [only] scores in the box,” Roldan said after the Seattle Sounders’ 1-0 victory over the Houston Dynamo on Saturday.

It’s a joke no more.

Roldan, it is generally agreed, is one of the best central midfielders in all of MLS. But his has always been a subtler game, not the stuff of highlight reels or FIFA ’19 GIFs. The dummies and feints and stepovers belonged to Clint Dempsey, the jarring slide tackles to Osvaldo Alonso. Nor is Roldan, at a fairly slight 5 foot 8, the physical specimen that was Obafemi Martins, the racehorse that is Morris.

He is just Cristian Roldan, a jack-of-all-trades if you need him to be, but happiest (and very, very good) as a box-to-box central midfielder. Defensively patrolling the edge of the penalty area alongside Gustav Svensson, or providing cover for an exposed fullback, forever circulating the ball in possession, foraying ahead when he can, always making the correct pass, always clean, always smart, always working, a tender to all the quiet little things: That’s Cristian Roldan, and frankly it’s plenty.

Except now he is also the banger of all the golazos.

Last weekend, with the Sounders trailing 1-0 late in the first half on the road against Minnesota United, the 23 year old stepped into a softly-cleared header and ripped a wickedly curling goal-of-the-year candidate past goalkeeper Vito Mannone from a whopping 30 yards out.

“I saw it bouncing my way,” explained Roldan after the match. “I don’t really shoot those. Usually I take a touch and I end up just passing it. But today I was feeling lucky. It bounced right my way. I closed my eyes and shot as hard as I could.”

Facing the Houston Dynamo at home on Saturday, Roldan needed just five minutes to outdo himself, chesting down another clearance and unleashing a breathtaking 23-yard volley that rose well above goal before dipping under the crossbar and past goalkeeper Joe Willis for the 1-0 lead.

“When I saw that ball in the air,” said Roldan, “my first thought was, ‘I’m gonna shoot this ball.'”

The fifth-year University of Washington product scored just 15 goals over more than 10,000 regular-season minutes in MLS prior to last weekend. He now has two once-in-a-career goals seven days apart, and has scored three times through 11 matches.

“They were both pretty good goals, you could say that,” said Brian Schmetzer, the Sounders’ occasionally deadpan head coach. “It’s my opinion that Cristian’s been goal-dangerous ever since we set eyes on him.”

Roldan will not, obviously, end the season competing for the golden boot. But his team very much has him to thank for the fact that it has a home win and a road draw from its last two matches. Come autumn, those four points could be the difference between hosting playoff games at a raucous CenturyLink Field or traveling to the very unfriendly confines of someplace like Los Angeles FC’s Banc of California Stadium.

Is it too much to wonder if a young midfielder who has never scored more than six times in a season could contribute double-digit goals in 2019? Perhaps, but it would certainly make preparing for the Sounders that much more of a headache for opposing managers. For his part, Roldan seemed ready to build on his newfound assertiveness.

“You feel like you’re on a roll,” he said, “especially now that you have two. Maybe next game I shoot two more shots. It gives me a lot of confidence, a lot of leeway. Especially with my teammates. My teammates think I can score from outside the box all the time now, and they’re going to be OK with me shooting that ball.”

This much is clear: leave Cristian Roldan unmarked from distance this season, and the joke just might be on you.