Depth continues to be crucial for USWNT as World Cup nears 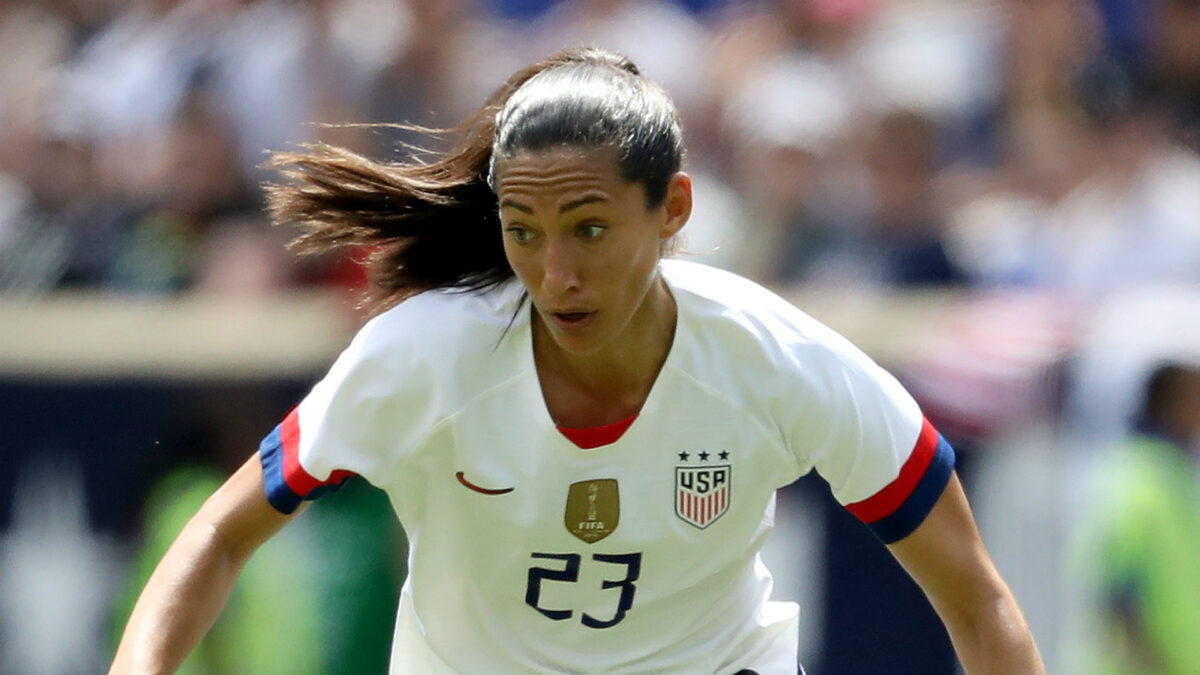 HARRISON, N.J. — The U.S. Women’s National Team concluded its sendoff series in winning fashion on Sunday with a 3-0 shutout win over Mexico. Most importantly, the Americans suffered zero injuries, kept a fourth consecutive clean sheet, and got some major contributions from players off the bench.

Carli Lloyd assisted on the USWNT’s second goal which fellow halftime substitute Mallory Pugh slotted away. Christen Press also came off the bench and rattled the netting with an insurance strike in the final minutes. It was a confident ending for the USWNT who leave for England on Monday to begin training for June’s FIFA Women’s World Cup in France.

“Our depth is critical and I think some big takeaways came from this set of games,” USWNT head coach Jill Ellis said. “We were able to get some players needed minutes before we travel to England, keep some clean sheets, and score goals. I told the players before the game, let’s see if we can leave with a good feeling. We did throw a lot at them today, we wanted to check some boxes and I think we did.”

“We created a lot of chances and I think the players would say the same that we need to be sharper with the final pass and in front of goal,” Ellis said. “I have done a few of these send-off games, the focus may not be fully there but we know we have to make some changes for those games in France. A lot left on the table, but I think this group creates a lot and eventually we will break teams down.”

The USWNT benefitted from an error from Mexico goalkeeper Cecelia Santiago to score in the 10th minute. A bad back pass fell to the feet of Tobin Heath, who eventually slotted home after dribbling around defender Rebeca Bernal. Outside of the opening goal, the USWNT lacked the cutting edge in front of goal until after halftime.

Lloyd was one of five halftime introductions and would have a positive impact on the match, like several others this month. She had an effort cleared off the line by Bernal, while also scoring on a breakaway before learning she was offsides. Her clever run inside the ball set up Pugh’s goal, capping off an impressive month by the midfield veteran.

“It’s exciting, we didn’t want to overlook the game today but it’s another good result,” Lloyd said. “We can keep taking things away from every game and learning as a group, but it’s gametime now. We are looking forward to it.”

“The depth as far as tactical ability is probably the strongest we’ve had,” Lloyd said. “I think our teams have been littered with veterans and continued to have that veteran experience but now you’ve been able to see the shift to some younger players getting involved. I’m excited to see how things unfold, we’re going to need all 23 in France.”

Defensively, the team was rarely troubled by Mexico, who did not qualify for France this summer. Alyssa Naeher did not have to make a single save, while players like Rose Lavelle, Allie Long, Emily Sonnett, and Sam Mewis earned positive minutes in the team’s final tune-up.

Dealing with defensive-minded teams is something the USWNT have had to deal with the month, but it’s something they need to expect from Thailand, Chile, and Sweden in next month’s group stage. Being able to bring game-changers into the match will only help the team’s cause as they seek a second-consecutive World Cup title.

“I think we’re just deeper across the board than the 2015 team” Megan Rapinoe said. “Coming off the bench, coming out of the midfield and up top we have a lot of ways to score goals. Every game I’ve noticed that every one of us attackers are getting a few good looks offensively.”

The USWNT opens group stage play on June 11th against Thailand, but may have a behind closed doors scrimmage before then in England.