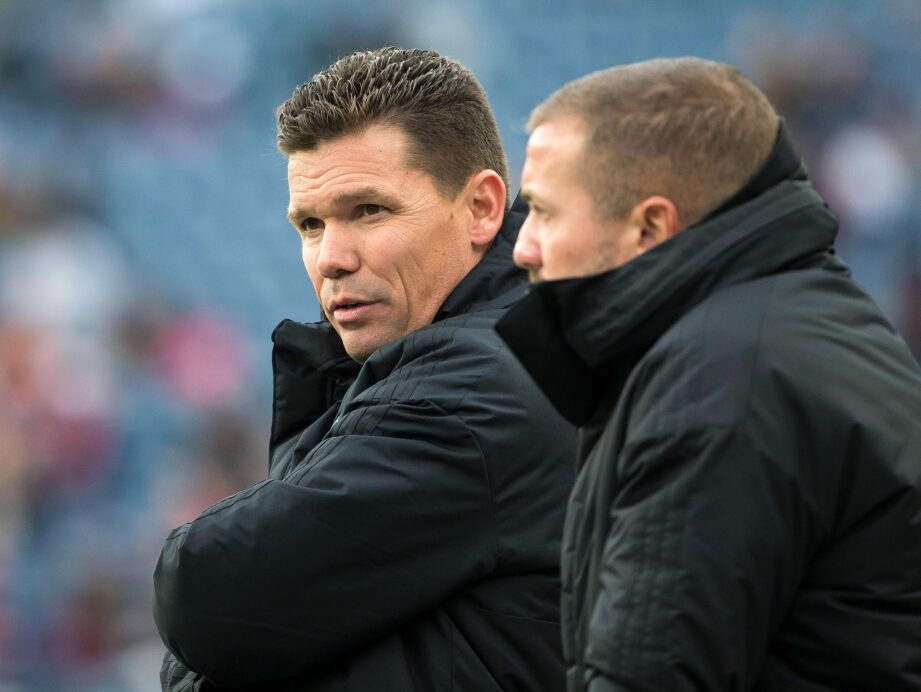 Coming off Wednesday’s 2-0 loss to the Philadelphia Union, FC Cincinnati finds itself winless in its last six MLS appearances.

With the picturesque inaugural home opener victory far in the rear-view, the club has quickly found itself struggling to stay afloat in the Eastern Conference playoff race.

Whether its been by injury, being outclassed, or simply woeful luck – the reality is that the recent run of form against lesser surveyed opponents has left the club with a more accurate representation of exactly how tough it will be to make noise in its inaugural MLS campaign.

Wednesday’s match saw yet another starting XI and it was missing the recently reliable playmaker Kenny Saief and league veteran Victor Ulloa in the midfield. The chaotic performance by the midfield unit highlighted that FC Cincy is still missing prices in lieu of depth, despite its best efforts.

“I think that’s why our club, Luke [Sassano] and his staff, are trying to find additional players. We’ve only had one window as a club to find players. We have another window now coming up where we need to continue to find players to improve the group. I think we’re aware of it,” Koch said.

Simply put, the 2019 season shouldn’t be mortgaged over another year of player acquisition. If the club is still struggling when the summer transfer window opens, marrying itself to another big contract surely won’t fix the problem, but sensible pieces that can be relied on for multi-year deals will allow room for a brighter future.

Too, Saief staying in Cincinnati beyond his loan from Belgian giant R.S.C. Anderlecht is beginning to look unlikely. While he has impressive ability, Saief has been observed being over-the-top frustrated with his teammates often this season. Losing isn’t fun, and him falling farther out of the USMNT picture with each passing week is his personal worst case scenario, but it’s clear that he, individually, hits a threshold  that his teammates don’t.

As his loan term comes to an end, there is a real possibility that FC Cincinnati will be adding by subtraction, simultaneously making way for one of its longer-term solutions to settle into a starting role in the midfield.

“It’s a project,” Koch said. “Look at a player like [Brenden] Aaronsen who’s come through their academy. We don’t even have an academy yet. It’s going to take time in this project. I don’t know if we can develop a player like him because he was first class tonight.”

In the inaugural MLS season, already having dead money in Fanendo Adi and Greg Garza is hardly ideal. Missing veteran voices, starting quality, and warm bodies, in general, is a hindrance for a club seeking identity. Adi has only played two-and-a-half games, Garza has only started in three and appeared twice in substitution.

While both are worthy investments, their absence has put the club’s feet to the fire early as depth has had to be tested and more often than not, exposed week by week.

“But that is the goal for our club, to continue to evolve. We have another window coming up now where we can add players. We need to put the academy in place so we can start developing players too. It takes time.”

Important to note, FC Cincinnati’s training facility in Milford, OH just got grass surfaces last week. The club has been practicing there since February. The forthcoming academy building had its final beam erected the week before.

Once the physical buildings are complete, years of grace will still need to be given as the club finds its true identity in American soccer.

FC Cincinnati does not have the resources that other teams might, and likely won’t for some time. The club currently has both the $150 million MLS franchise expansion fee, and $200 million in construction costs for the club’s eventual home, West End Stadium on the books for the foreseeable future.

Koch’s sentiments of things taking time, and overall being a project are apt and should be taken into consideration before speculating about prioritizing playoff runs in year one.

However, the on-field performances are his responsibility and something has to change in a hurry.