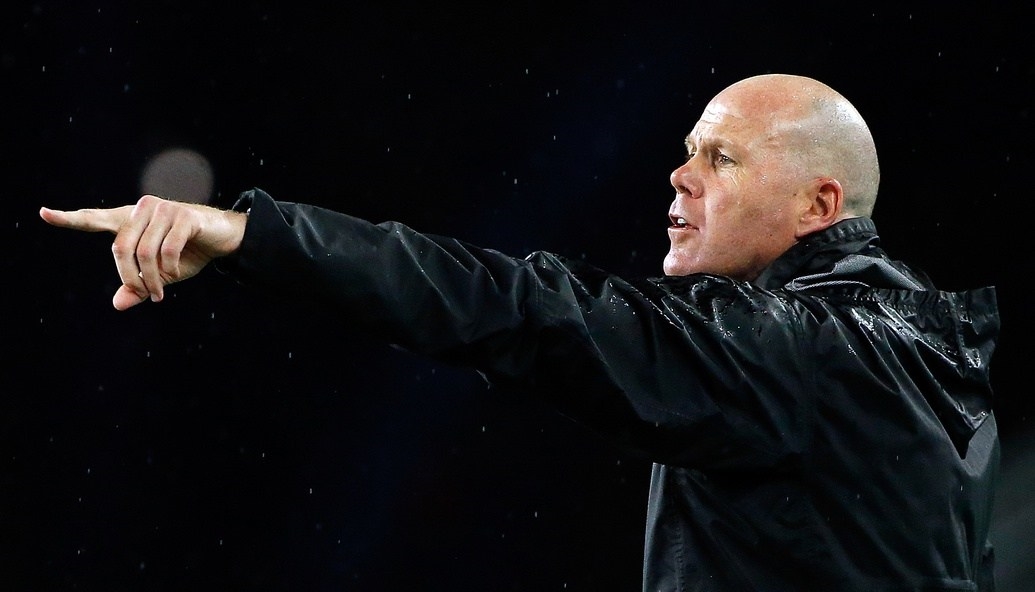 The New England Revolution are in the middle of one of the worst defensive runs in recent Major League Soccer memory.

A few days after conceding six goals to Philadelphia, the Revs let the floodgates open once again in their 5-0 loss to the Chicago Fire.

In their last four games, the Revs have conceded 18 goals, and they’ve let in four or more strikes in each of the last three contests.

The concession of goals in Wednesday’s first half was even more maddening for Friedel and his staff.

“The first two goals are off set pieces, actually the first three goals because the third one is off a throw-in,” Friedel said. “We’re making up ways to concede goals.”

Friedel made two changes to his back four and swapped in Matt Turner for Cody Cropper in goal, but none of the moves paid off for the struggling manager, who is now on the hottest seat in the league.

“We’re conceding far too many goals, far too many soft goals,” Friedel said. “Matt’s the third goalkeeper to be rotated in this season and I think that’s 15 goals we conceded in the last three games. That’s unacceptable.”

“The defending part of things comes down to the horrible side of the game that people don’t like to do,” Friedel said. “It’s the hard work. It’s the concentration. It’s the effort. The way that I look at the game, you can’t always be good on the ball, that would be silly to think that, but you can always control how you are off the ball and it’s something we really have to get back to basics on.”

There is no end in sight to the club’s poor form, and increasing pressure is building on Friedel and general manager Mike Burns after the Designated Player signing they’ve been talking about for most of the season failed to come through by the end of the transfer window on Tuesday.

The Revs look far from an inspired bunch right now, and they’ve dug themselves a massive hole in the Eastern Conference.

Friedel’s side is dead last in the East with a monumental -19 goal differential to overcome.

“Of course. the first person that I look at after every game is myself,” Friedel said. “It’d be silly to think that I didn’t so we as a staff always talk about what we can do to get better to help the players because that’s what we’re here for.”

Conventional logic would lead you to believe Friedel’s time in New England is almost up.

But the Revs are notorious for dragging their feet on many decisions, and it wouldn’t be a surprise to see Friedel given a few more chances to turn the ship around before a firing occurs.

The next chance to rectify the poor form comes on Saturday, when the Revs play host to the San Jose Earthquakes.

“The confidence is low in that locker room,” Friedel said. “That’s for sure. I’m afraid there’s no easy way out of it. It’s hard work. It’s up to us as a staff to try and get 11 players on the field that will have the confidence to go and play San Jose.”

“We’ll try to galvanize the team for what is probably the most pivotal game in our season on Saturday,” Friedel said.