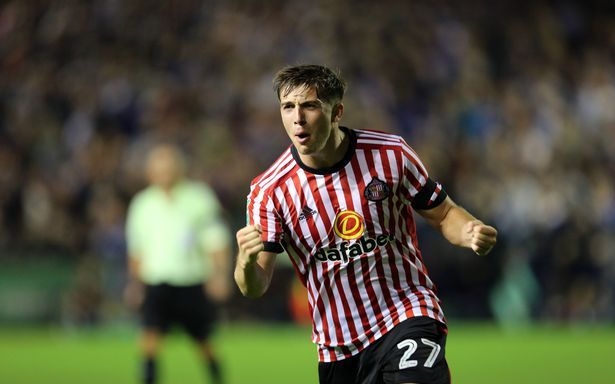 Lynden Gooch and Sunderland are one win away from an immediate bounce back to the EFL Championship.

The Black Cats booked a place in May 26th’s EFL League One Playoff Final after a 1-0 aggregate win over Portsmouth on Thursday. Jack Ross’ side defeated Portsmouth by a single goal at the Stadium of Light last weekend and held off their opponents at Fratton Park this evening.

The sweetest draw of them all! 😏

Sunderland book their place in the Play-Off Final following a 1-0 aggregate win over @officialpompey!

But, the job is #NotDoneYet…

Gooch did not start on Thursday but came off the bench and play the final 25+ minutes. The 23-year-old has five goals and seven assists in 39 league appearances this campaign. His form has dropped in the second-half of the season but Gooch remains one of the remaining players from the Black Cats last Premier League stay.

Sunderland will face the winner of Charlton Athletic and Doncaster Rovers at Wembley Stadium on Memorial Day Weekend.

The Black Cats suffered back-to-back relegations but could be on the brink of a return to England’s second-tier.