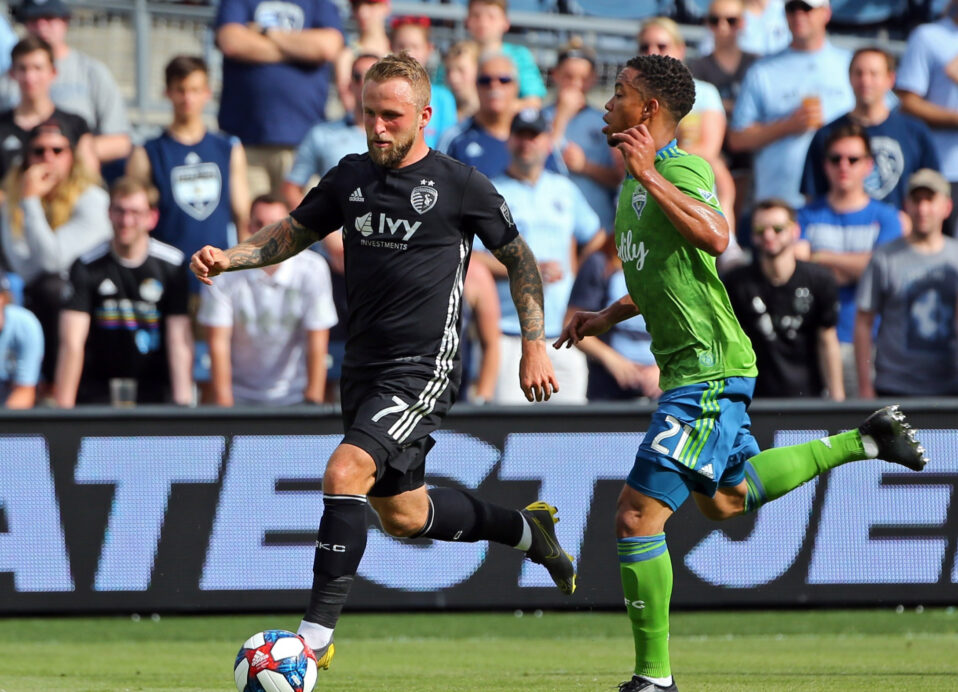 SKC snapped a seven-game winless skid in league play while earning its first win since the 7-1 drubbing of Montreal Impact on March 30th.

Johnny Russell put SKC ahead early with a left-footed rocket from outside the box in the 29th minute, good for this third goal of the season. Russell was assisted by Yohan Croizet, who picked up his first assist of the campaign.

Russell struck again in the 46th minute, this time carrying the ball into the box and fighting through traffic to beat Seattle goalkeeper Stefan Frei once again.

Raúl Ruidíaz got Seattle on the board in the 63rd minute thanks to a crafty assist from Kelvin Leerdam. The Peruvian picked up his fifth goal of the season into a wide-open net.

Russell polished off the hat trick moments later, bending one past Frei from deep in the box in the 68th minute.

Sounders answered immediately as Leerdam earned his third goal of the season as he towered over the line on a corner kick that was perfectly placed by Lodeiro, but the visitors ultimately were unable to level the scoreboard.

Kansas City had to grind it out over the last 20 minutes as Seattle threw the kitchen sink at them, but the defense stood sturdy when it mattered most.

Johnny Russell’s first-half brace got Kansas City going, before completing the hat trick was enough to get the job done.

Jimmy Medranda made his return to the field in the 89th minute for his first appearance in over a year following knee surgery, the raucous crowd at Children’s Mercy field erupted as the defender came on to see out the victory.

Sounders’ goalkeeper Stefan Frei won’t be thrilled with being beat by Russell three times on the afternoon.