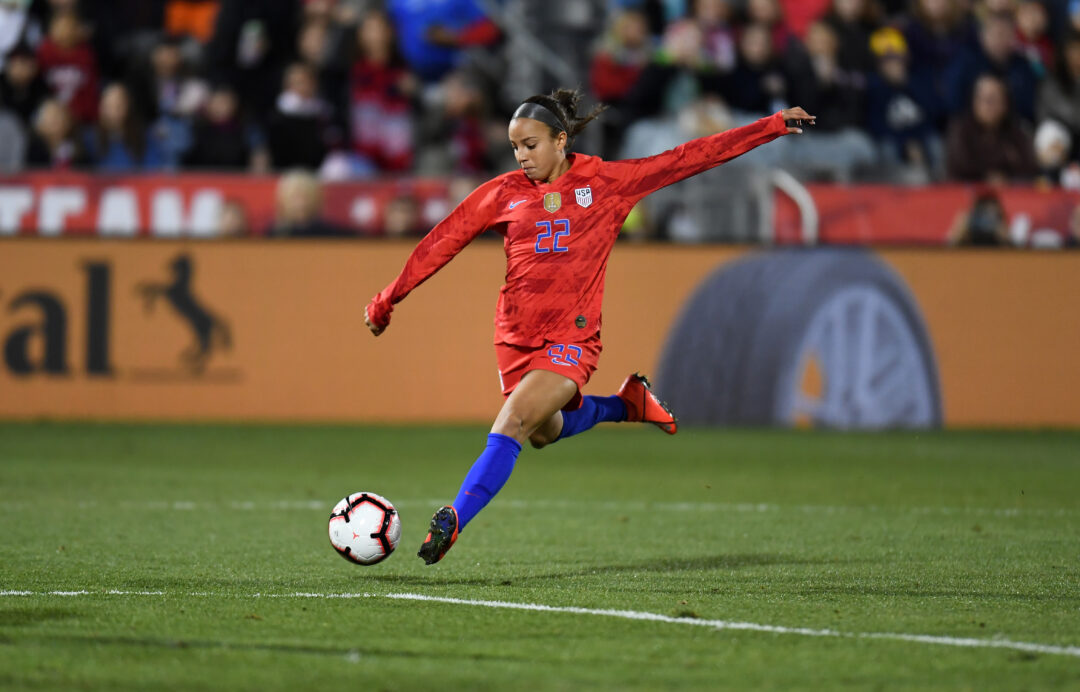 Mallory Pugh had a chance to reach her first FIFA Women’s World Cup with the U.S. Women’s National team four years ago.

However, head coach Jill Ellis decided to take experience over youth and instead of Pugh making her first Women’s World Cup appearance, she was cut.

So Pugh, then 17 years old, did what any other high-school aged girl would do after major disappointment: she boarded a plane from L.A. to New York and cried during the five-plus hour, cross-country flight.

The decision wasn’t all too terrible for the USWNT in the end. They won the 2015 FIFA Women’s World Cup, their third and, in hindsight, the decision wasn’t too bad for the now 21-year-old Pugh who stayed true to her vow to never have that feeling of disappointment again.

“I feel like in 2015 I didn’t make the team and she took experience over me which I totally understand,” Pugh said during USWNT Media Day on Friday. “But I look back and I’m so thankful for that because I feel like you learn so much when you kind of fail. It’s given me this drive and this hunger to continuously grow as a player and get better.

“The road was so extremely tough. I think it makes it so much more rewarding because I feel like I truly worked for it and earned it.”

A lot is expected of Pugh in this year’s tournament as many are expecting her to begin her own, individual legacy in the upcoming Women’s World Cup in France. She’s already built the foundation for her legacy. Now it’s up to her to create and capitalize on her moment.

She only graduated high school three years ago where she won both the U.S. Soccer Young Female Player of the Year in 2015 and the Gatorade National Girls Soccer Player of the Year in 2016. Pugh went pro at 18, foregoing college soccer for a pro opportunity (she currently plays for the NWSL’s Washington Spirit). At just 21 she’s already notched 52 caps for country, scoring 15 goals and adding 15 assists. In 2016 she became the youngest player to debut for the senior side in 11 years and the 19th player for the USWNT to score in her debut and the youngest to score in an Olympic game.

But even though the spotlight isn’t anything new for Pugh, she realizes and is in awe that she is not only the future of the program but part of a USWNT legacy that goes all the way back to the team that won their very first Women’s World Cup in 1999.

“I remember that exact moment of when they won,” Pugh said. “It’s definitely been a memory that I hold on to and has lit a fire in me to achieve that.”

“I feel like, all you know in the U.S. is this team and the players that came before,” Pugh added. “These women that you’ve idolized growing up, and now you’re actually in the seat to inspire the next generation.

“I don’t want to say the word ‘dynasty,’ because it’s such a special name, but I feel like this team is a force to be reckoned with.”

The USWNT concludes their send-off series on Sunday against Mexico at Red Bull Arena.