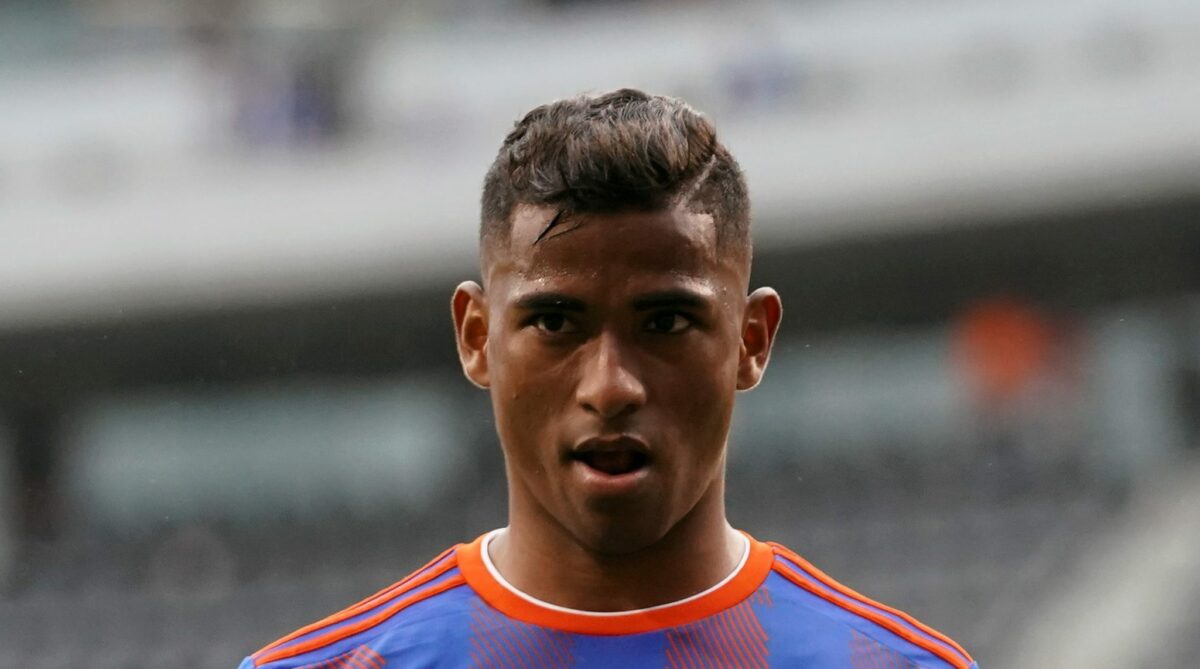 While that moment was memorably mesmerizing, it was also a forewarning of what was to come. Cruz’s new life in the United States brought with it an adaptation period and one that would not be easy. Neither on or off the field.

FC Cincinnati is almost three months into its expansion season in MLS, and it has proven a challenge for both the former USL team and its players. Cruz is no exception, having signed with the organization back in January for his first stint outside of Costa Rica. Naturally, that decision came with hurdles.

“It’s been an unbelievable change going from Costa Rica, which is a warm place, to go to Cincinnati, which was really cold when I arrived,” Cruz told SBI last month. “That affected me at first. I wouldn’t go out. Kendall Waston, who is also a Tico, helped me a lot to adapt to the city, the climate, the team.

“He helped me with the language in our meetings with the staff, and if the coach wanted to tell me something he would tell him and then Kendall would communicate it me. Kendall has helped me a lot. He’s helped me find my house and he’s been my right-hand man.”

Waston may have alleviated some of the challenges, but the 23-year-old Cruz is still going through plenty of learning processes in his transition to life as a professional in the United States. Mainly, understanding how to play on a team that was put together almost from scratch during the past six to seven months.

Cruz is also continuing to adapt to the requirements of being an outside midfielder or winger, which are admittedly not his preferred positions. He has been deployed in those wide spots at other times and on other teams during the early stages of his career, including with Costa Rica’s national team, but it is not where the 5-foot-5 player feels most comfortable.

“My position is 8, in the center, in the middle,” said Cruz. “In Heredia — I was on a team called Herediano — the coach used me out on the right flank. It’s not my position, but it’s not something brand new to me. My natural position is 8, with a little more attacking and defensive responsibilities, but I’ve been used out wide and I’ve tried to do things in the best way.”

All things considered, including FC Cincinnati’s head coaching change earlier this month, Cruz has fared well regardless of the positions he has played. The youngster has made eight starts in nine matches and has two goals in those appearances, the second of which was the tally that snapped the club’s scoreless drought at 528 minutes back on May 11.

Those numbers might have been better if not for the ankle injury that has forced him to miss the last two games, but nonetheless he is tied with only one other player, Darren Mattocks, for the team lead in goals.

“I think he’s not playing in his right position, but still from what he’s doing, he’s doing it great,” FC Cincinnati attacker Kenny Saief told SBI. “He’s a very talented boy, a hard-working boy. Tactically, he’s trying to listen to everything and if you tell him something, he always tries to learn every day. A guy in the dressing room everybody loves. He’s smiling always, doesn’t matter what’s the reason.”

Cruz is surely very eager to get his smile back on the field pronto. Not only is he currently missing chances to help struggling FC Cincinnati move out of the cellar in the Eastern Conference, but he is also at risk of being left off Costa Rica’s roster for this summer’s Concacaf Gold Cup.

The up-and-comer, who made his international debut last year in the aftermath of the World Cup, was named to his nation’s provisional 40-man roster for the continental competition and a 23-player squad for next week’s tune-up against Peru. Costa Rica manager Gustavo Matosas may not, however, be willing to bring someone into camp who is not even training with his club, no matter how promising that player is.

“I am trying to work hard to win a starting spot at FC Cincinnati so as to stand out and then be taken into consideration for the national team,” said Cruz, who has earned nine caps and scored one goal to date. “I want Matosas to notice me, and to be part of the Gold Cup, which is important and a competition. The games I have been in have all been friendlies.”

It is not clear whether Cruz is close to returning to game action for FC Cincinnati, but he has one more chance to do so before Costa Rica visits Peru on June 5. The MLS outfit visits the Colorado Rapids on Saturday, and Cruz’s chances of being selected for the Gold Cup would receive a boost if he were to get some minutes.

They might not come in his preferred spot on the field, but that should not be much of a problem. After all, what is another hurdle to overcome after the last few months?

“Absolutely, I feel like I have more to give,” said Cruz. “I’ve tried to push myself to the limits in this position, which has some new things for me, but I feel like I’m getting better every day. I hope to keep doing things well so that I can stand out on the team and help it a lot.”