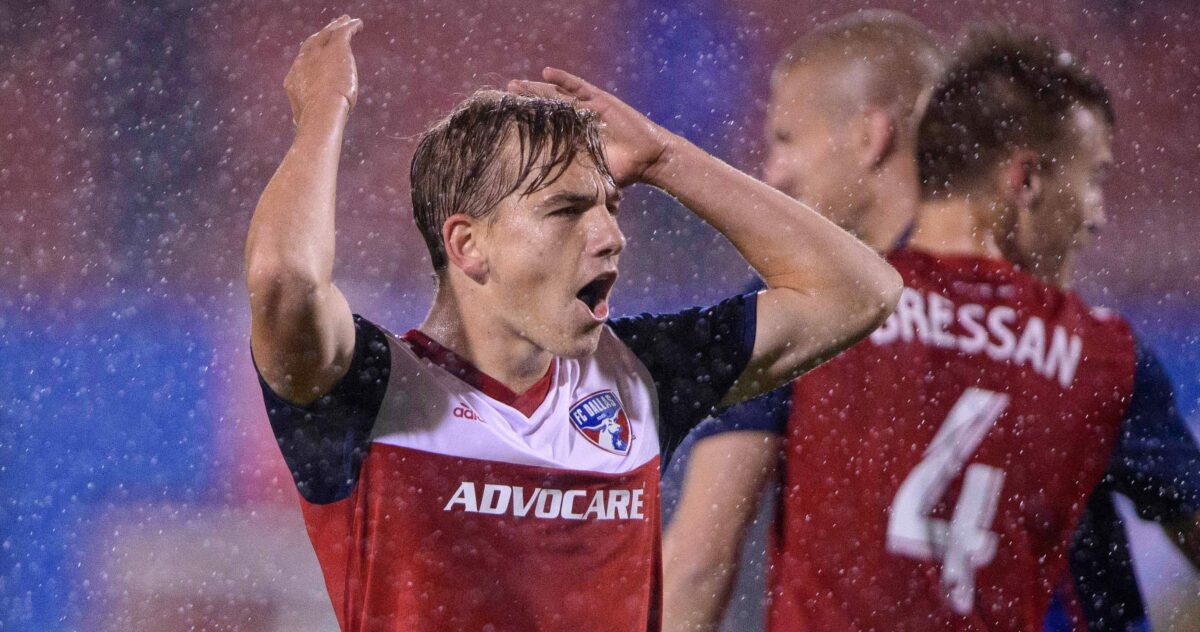 FC Dallas and U.S. U-20 National Team midfielder Paxton Pomykal will miss two weeks thanks to a hamstring injury picked up during last weekend’s scoreless draw with the San Jose Earthquakes.

The bad news is that he will miss this weekend’s Texas Derby match against the Houston Dynamo. The good news is he should be ready for the upcoming FIFA U-20 World Cup that starts on May 23. Pomykal is expected to be part of the side that will travel to Poland, if he’s healthy enough.

“He’s recovering. It’s a tweak. Nothing too serious. Hopefully no more than two weeks or so. That’s positive for me. Could be worse,” Gonzalez told The Dallas Morning News. “He’s been exerting himself. He’s played a lot of back-to-back minutes, more than he has before. This is just a moment where he’s a bit fatigued and picked up a tweak. We’re going to take care of it and he’s going to bounce back strong.”

The 19-year-old midfielder has scored twice in nine total appearances in 2019. He signed his contract back in September 2016, three months before his 16th birthday.

He had three goals and seven assists in eight appearances with the U.S. U-20s during their run to the 2018 Concacaf U-20 Championship title.