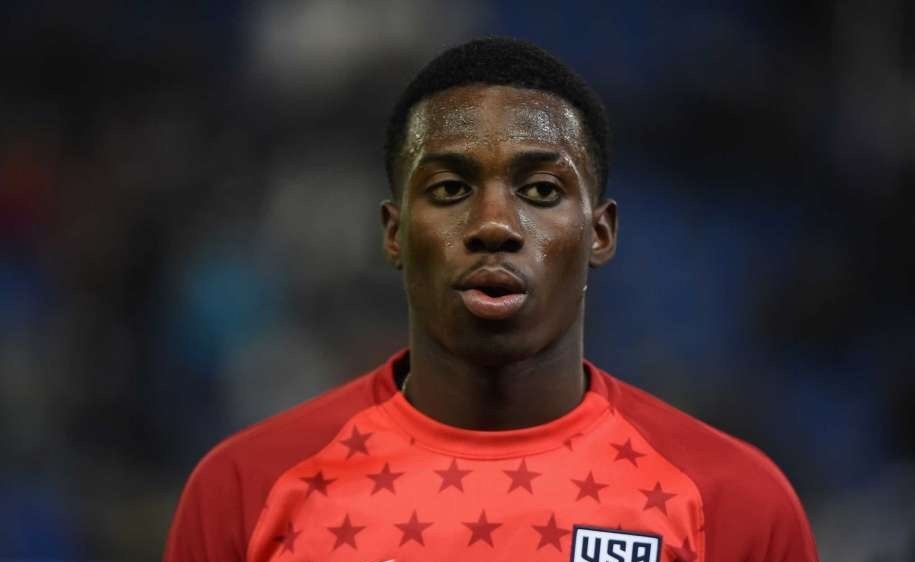 NEW YORK — Tim Weah is poised for a breakout showing at the Under-20 U.S. Men’s National Team’s World Cup, but do not expect to see him playing most of his minutes as a center forward.

U-20 U.S. head coach Tab Ramos unveiled his roster for this month’s World Cup in Poland on Friday morning, and the promising Weah was among the 21 players selected. The speedy attacker is one of the more seasoned players on the young American squad, and he also provides good versatility after seeing time and showing well at both the winger and center forward positions during the fledgling stages of his career.

Ramos, however, plans to use Weah more in the former than the latter.

“I see him as both,” said Ramos at a media roundtable discussion in lower Manhattan. “I really like him as a 9, and I like him as a winger, too. I think for our senior national team, it’s more likely that he will be a winger so I think it will be better with this group if he plays mostly winger.

“I can tell you that most of the time he will likely be a winger, but I would like use him as a 9 as well because I think he can be a great 9 for us.”

Regardless of where he lines up, Weah is expected to be one of Ramos’ key players at the World Cup. He is amongst the most experienced in the squad, with eight caps and one goal to his name with the senior national team, and is poised for a big tournament after earning minutes and finding the back of the net this season with both French power PSG and Celtic.

In fact, the 19-year-old Weah’s combination of production and potential could have seen him named to the Gregg Berhalter’s full national team roster for the Concacaf Gold Cup this summer. Ramos, however, stated that Weah wanted to be part of the youth side that will compete in Poland.

“Tim was like Josh (Sargent), a player that we decided to put on the 50-man roster just in case, but Tim has shown real interest in participating because he wants to have this type of competition under his belt,” said Ramos. “That’s something that Gregg got on board with and believed in and so we decided that together.”

Weah will certainly be expected to make an impact as the young Americans try to get out of a tough Group A that includes Ukraine, Nigeria, and Qatar. He has already done so both at the club level and with the senior national team, so this summer’s World Cup should only serve to help further showcase how much his game has grown this season.

“I think the thing about Tim Weah is he has that killer instinct,” said Ramos. “He’s a winner and he’s constantly looking to hurt you and win the game. I think the fact that he had an opportunity to be on a roster with guys like (Kylian) Mbappe and Neymar and (Edinson) Cavani for a year, I think that can only help when you see because I’m sure those guys are all like that. I’m sure they’re like that every single day, not just in the game.

“I think that growth is something that he has accomplished by moving up from year to year.”