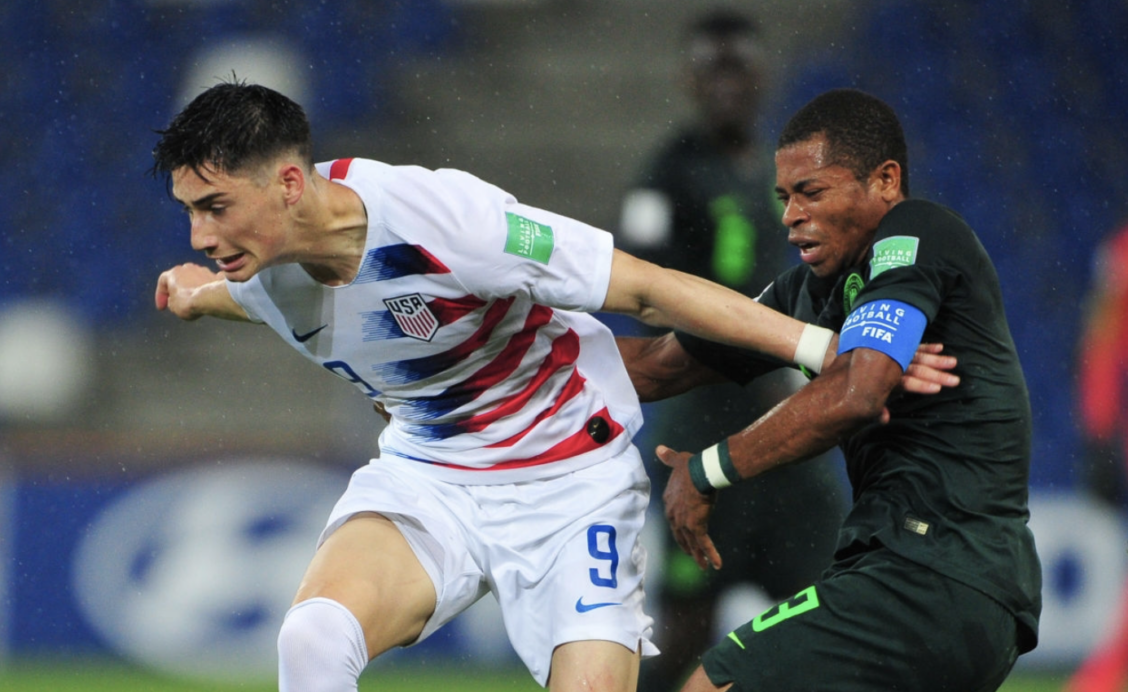 The U.S. Under-20 Men’s National Team made one personnel change to its lineup on Monday, and the move paid off in a big way.

Center forward Sebastian Soto stepped into the starting XI for the U.S. Under-20s and delivered a pair of goals to help register a 2-0 win over Nigeria on Monday in Under-20 World Cup action in Poland.

Soto’s goals came on each side of halftime, with the striker scoring the winner in the 18th minute and an insurance tally almost immediately after the second half began.

The shutout victory gave the Americans their first three points in the tournament and helped them bounce back from the 2-1 loss they suffered to Ukraine last week. The United States remains in third place in the group, however, trailing both Ukraine and Nigeria but ahead of Qatar heading into the next round of games.

It was not all good news for the Americans on Monday, as centerback Chris Richards left the game at the hour-mark with an injury. Mark McKenzie replaced Richards, who walked off with a noticeable limp.

Replacing Brandon Servania in the lineup, Soto struck after just 18 minutes through a corner kick. Alex Mendez delivered the ball from the right on the play, and Soto capitalized on loose marking by nodding the ball home.

Soto found the back of the net again seconds after halftime, collecting a great through ball from sprinting left back Chris Gloster before firing a low shot past Nigeria goalkeeper Olawale Oremade.

The African side had some decent scoring chances, too, particularly at the end of the first half. Substitute attacker Aniekeme Okon had one of the clearest looks for Nigeria in the 39th minute with a hard shot from distance, but U.S. goalkeeper Brady Scott parried it away.

Kingsley Michael also hit a good effort that nearly got Nigeria on the board, unleashing a blast that pinged off the woodwork four minutes before halftime.

The Americans will wrap up group play against Qatar on Thursday while Nigeria faces Ukraine simultaneously.