Sounders’ depth on display ahead of demanding month 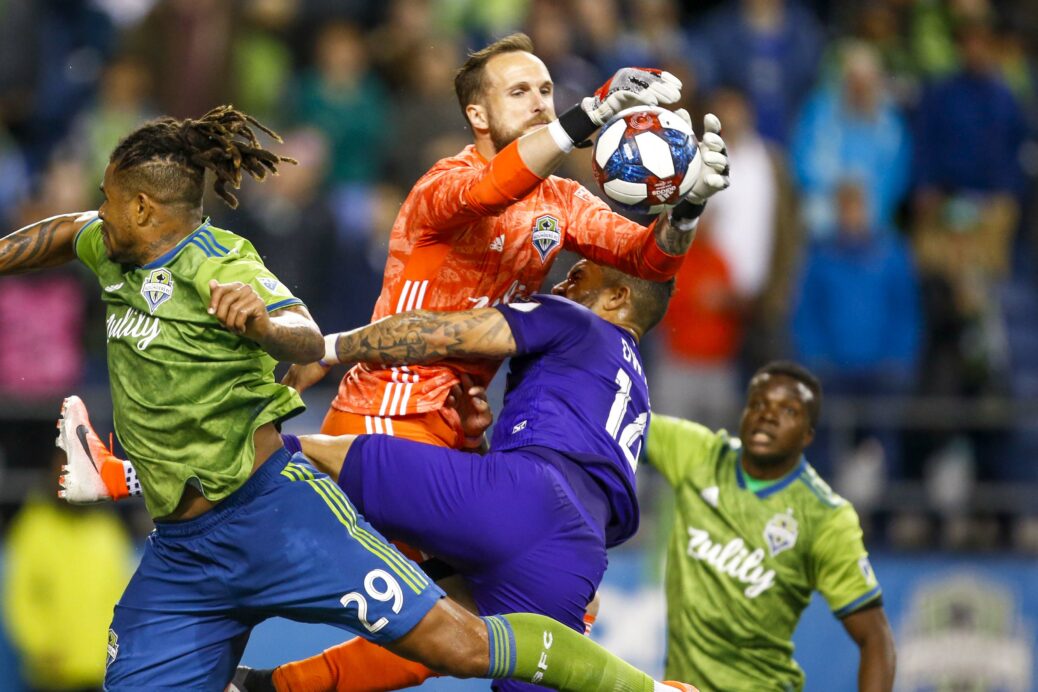 SEATTLE — The Seattle Sounders are about to get tested.

The Western Conference powerhouse plays its third game in eight days on Saturday, traveling across the continent to face the Philadelphia Union. The Union sit in second place in the Eastern Conference and have won four of their last five, with the four wins coming by a combined score of 13-2.

Philadelphia is also a place where the Sounders haven’t won in five all-time regular-season visits (0-3-2), though Seattle did beat the Union at what was then PPL Park in the 2014 U.S. Open Cup final.

Saturday’s match is just the first of four straight road games, a rugged stretch that will also see the Sounders visit Sporting KC, FC Dallas, and the Montreal Impact — all while hemorrhaging both stars and supporting actors to the big stage of international duty.

To top it off, top-flight starters Jordan Morris, Victor Rodriguez, Chad Marshall, and Gustav Svensson are all already sidelined with injury. And the Sounders approach this, the toughest stretch of the season, riding a two-game winning streak but playing far from their best soccer.

If it’s a daunting chunk of schedule (and it is), it’s rendered a bit less so by one thing we’ve definitely learned about the 2019 Seattle Sounders: they are deeper than expected.

The Sounders are still something of an enigma despite sitting in second place in the Western Conference standings.

They raced out of the gate to national applause, but were feasting on minnows. Their first two opponents, FC Cincinnati and the Colorado Rapids, have since fired their managers and have posted a combined record of 3-16-4 — more krill than minnows, actually, and not exactly legit measuring sticks for an MLS Cup contender.

The Sounders went winless in four when the schedule eventually stiffened, but their ranks were deeply thinned by injury just as the marquee matchups arrived. Both star striker Raul Ruidiaz and productive backup forward Will Bruin missed time, as did Svensson, Rodriguez, and Marshall.

“It was a very difficult match,” said Bwana after the Sounders beat Orlando City 2-1 at CenturyLink Field on Wednesday night. “It was a really ugly game.”

If it was ugly (and it was), it would have been uglier if not for Bwana, the speedy, springy, 21-year-old midfielder who replaced an injured Morris (hamstring) early in the second half. The University of Washington product put the Sounders up 2-0 in the 68th minute, streaking into the heart of the penalty area on the counter and redirecting a beautiful cross from Nicolas Lodeiro for the 2-0 lead. The goal ended up being the difference between a win and a disappointing home draw after the visitors pulled one back in the 75th minute. Thanks to Bwana, the Sounders remain undefeated at home (9-0-2) in 11 matches dating back to last September.

It was the first goal of what is beginning to look like a promising sophomore campaign for the homegrown player. After playing only seven minutes over the first seven matches of the season, Bwana has earned three starts and 266 minutes over the last five as injuries have taken their toll on the roster. His game is ebullient and fizzy, distractingly so, and if he sometimes has a heavy first touch he also takes his chances with a devil-may-care insouciance that makes you long to be 21. He does acrobatic flips after he scores, and on Wednesday bent to kiss the FieldTurf with his teammate Nouhou, because it is Ramadan and they want you to know that they are “very happy to be Muslims.”

He is quickly becoming a fan favorite at CenturyLink Field.

Harry Shipp has probably never attempted either a front flip or a backflip, but starting for Rodriguez (hamstring), he earned a second assist on the Sounders’ first goal against Orlando, freeing Brad Smith inside the penalty area on a one-touch give-and-go before Smith found Ruidiaz at the goalmouth for a tap in.

While Rodriguez boasts next-level vision and technical skills, Shipp has been able to provide a similar style of play in the Spaniard’s absence. He has appeared in 10 of the Sounders’ 12 matches, delivering two goals and an assist in just under 400 minutes. He seems to pair almost as well with Smith as Rodriguez does.

“We’re good friends off the park as well,” Smith said of Shipp after Wednesday’s match. “And last year when I came, Victor was injured, so it was me and Harry. So we’ve always had the chemistry with each other. And Victor and Harry are very similar players, the way they move. They come inside, they like to pass the ball. They’re not, like, always dribbling and stuff like that. So that works really well with me [and] Harry or Victor.”

After a disastrous outing in the Sounders’ 4-1 loss to LAFC, Torres has filled in admirably for Marshall (knee inflammation) in three subsequent starts. While there were rumors of his departure last year amid questions about his conditioning and willingness to come off the bench, the 33-year-old Panamanian looks noticeably fitter and slimmer this season.

And then there is defensive midfield, an area obsessively discussed around Seattle after the departure of club legend Osvaldo Alonso in the offseason. While there was endless conjecture about whether the Sounders could replace Alonso in the starting lineup, the more pressing question was actually what the Sounders would do if Svensson went down. The bruising Swede is 32 years old, after all, and in the event of an injury it was far from clear there was another capable No. 6 on the roster to protect the top of the penalty area from the likes of Carlos Vela, Josef Martinez, and Jozy Altidore.

Turns out Jordy Delem, a 26-year-old Martinique international, was ready, waiting, and more than capable. He has started four straight matches since Svensson went down with a hamstring injury, and looked increasingly comfortable before putting in man-of-the-match caliber performances over the last two games.

“I want to have a special acknowledgment of Jordy Delem,” said Schmetzer after Wednesday’s match. “Because a lot of times when we watch Jordy play — he’s always been good at breaking up plays, he’s physical, he likes to tackle and all that. But some of the things that you guys need to watch on your replay is some of the nuances of what he’s doing. His body position is getting better, his ability to turn out and release pressure and get the ball out to the other side, [that] has been the work of [assistant coach Gonzalo Pineda] and Delem in training.”

Of course, Delem and Torres could both miss time over the next six weeks with CONCACAF Gold Cup duties, giving players like Alex Roldan and Henry Wingo a chance to show whether they, too, are ready to step up.