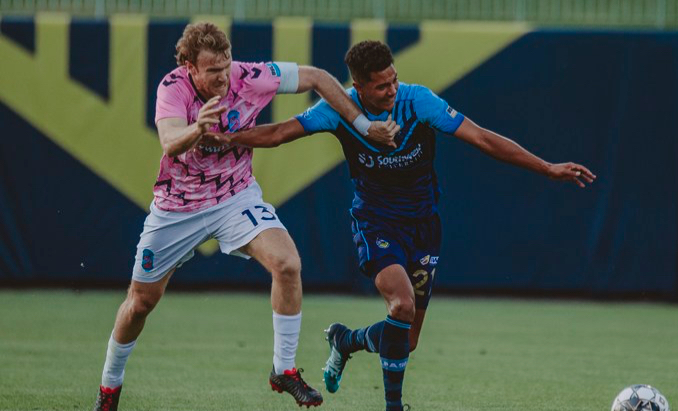 The 2019 U.S. Open Cup third round is upon us with one match standing between each of these remaining sides and a chance to face MLS competition. With three underdogs still in the competition entering round three, a familiar story of upsets may be in the cards.

The Florida Soccer Soldiers are perhaps the most impressive underdog story of the tournament so far. In the first round of the U.S. Open Cup, the amateur side defeated 2017 NASL Spring and Fall Champions Miami FC. A former underdog story themselves, the newly-minted NPSL side battled hard, but fell to a late goal by midfielder Carlos Daniel Meneses.

In the second round the Florida Soccer Soldiers showed no signs of slowing down, fighting hard to a 2-2 draw with USL Championship side, before eventually winning in penalties. On Wednesday the UPSL outfit will face their toughest match of the competition as they face a more talented North Carolina FC away from home. Their approach to the match is best summed up by their coach, Daniel Godoy, who was reported saying “…we can think bigger – we can think about going to the Final and winning the tournament! Why not?”

Forward Madison FC are another side with a cupset in their sights as they face a formidable Saint Louis FC side on Wednesday night. While an underdog by name, the Flamingoes have been a force throughout the tournament so far, having yet to concede a goal while scoring five in the same stretch of games. In the second round of the U.S. Open Cup, the Wisconsin side toppled USL Championship contenders El Paso Locomotive FC 3-0 away from home, making a statement that they expect to perform against any opposition.

On the road again, the only team left from USL League One will look to repeat their successes from El Paso, and score quickly and often against Saint Louis FC. Having conceded only 6 times through 10 games in the USL Championship this season, however, the defense of Saint Louis FC might prove especially difficult to penetrate.

Finally, Orange County FC will face Eric Wynalda’s Las Vegas Lights in the Sin City on Wednesday after defeating their hometown rivals from the USL Championship in the second round.

The NPSL side has had a moderate road to the third round, defeating 2018 cupset heros FC Golden State Force in the first round of the tournament, before winning in penalties against Orange County SC. Now the club will face Las Vegas Lights, a side who is back in the U.S. Open Cup hoping to avenge their premature exit in 2018 at the hands of FC Golden State Force.

While securing victory might be a tall task for a side who started play in the NPSL in 2017, OCFC’s coach Paul Caligiuri understands the challenges which face his side, saying that “Eric is a competitor. He was a phenomenal player and a wonderful coach and we know what it means to these guys and what it means to the Las Vegas Lights.”

Here’s the entire third round schedule: