U.S. U-17s down Canada, advance to final of Concacaf Championship 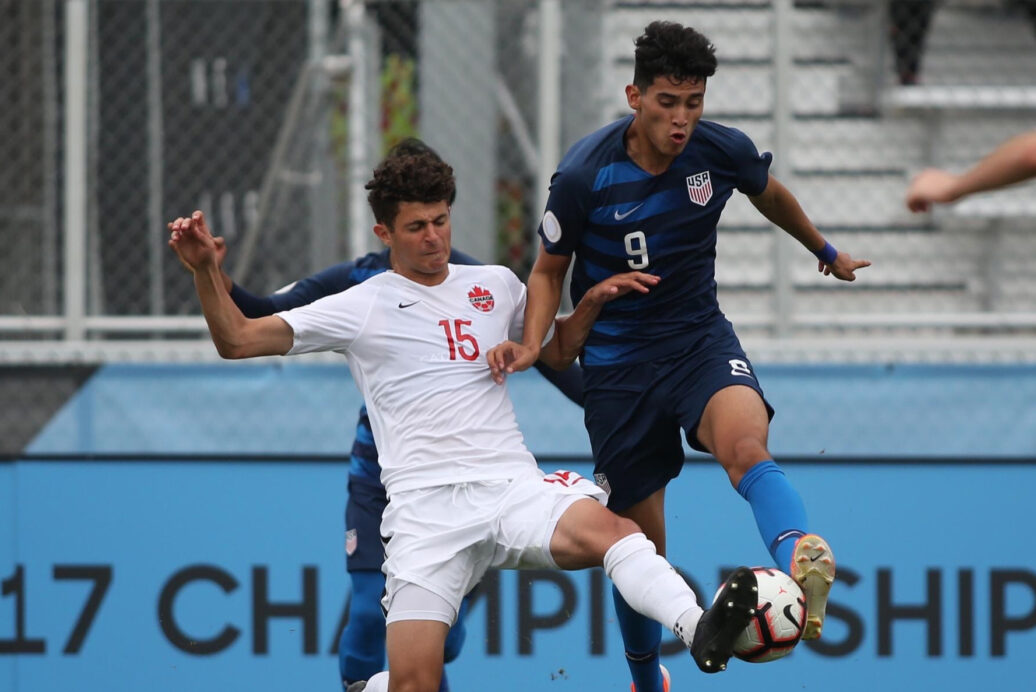 The U.S. U-17 Men’s National Team used a strong second-half on Tuesday night to breeze past Canada and advance into the finals of the Concacaf U-17 Championship.

Raphael Wicky’s squad scored a quartet of second-half goals including a brace from Ricardo Pepi to earn a 4-0 win.

The U-17 #USMNT takes the victory 4-0 over 🇨🇦 in the semifinals!🔥 pic.twitter.com/ZKLl5fWZmD

After a scoreless first-half, the U.S. took the lead early after halftime. Bryang Kayo created some space and rifled a low drive into the bottom-left corner. Gianluca Busio set up Kayo who did the rest of the work himself for his first goal for the U-17’s.

Gio Reyna continued his strong tournament with a beautiful free kick finish in the 64th-minute. The midfielder curled a right-footed effort into the left side of the goal to make it 2-0.

Pepi’s late finishes capped the dominant second-half by the hosts. His first came via some fancy footwork which saw a composed finish into the bottom-right corner. Busio registered his second assist of the night on Pepi’s finish.

The midfielder iced the match with a long-range rifle for his second of the night. Busio connected with Pepi once again, this time in the 82nd-minute as Pepi beat Benjamin Collins with a first time finish.

Chituru Odunze made five saves to earn the clean sheet.

The U.S U-17’s will take on Mexico in the Concacaf U-17 Championship Final on Thursday.