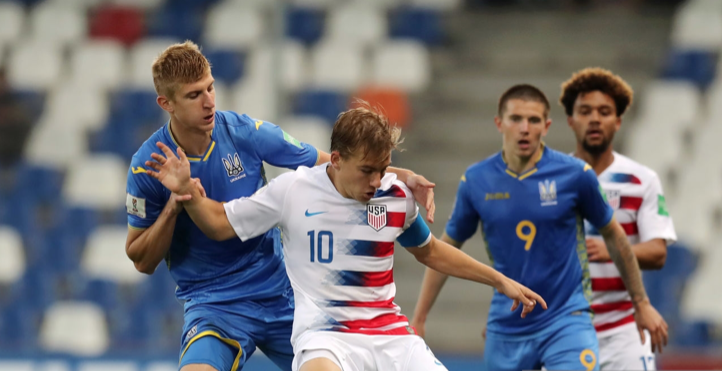 The U.S. Under-20 Men’s National Team has some work to do.

The U.S. team opened its Under-20 World Cup campaign on the wrong foot on Friday, falling, 2-1, to Ukraine in their Group D showdown. The Americans were undone by a 51st-minute header from centerback Denys Popov, and failed to find a response against a Ukrainian side that was defensively organized and tough.

The result leaves the Americans in third place in their group following Nigeria’s 4-0 rout of Qatar earlier on Friday.

Serhiy Buletsa opened the scoring for Ukraine in the 26th minute, latching onto a long ball and finishing to the near post past Brady Scott. Buleta beat Sergino Dest on the play, getting holding off his challenge before firing home.

The Americans responded well, finding the equalizer a mere six minutes later through a Brandon Servania finish. The United States combined down the middle on the play before going out wide, where Tim Weah raced to the ball and unleashed a potent low cross that Servania raced onto for the finish.

A set piece six minutes after halftime saw Ukraine jump back in front. Popov took advantage of lax marking on a corner kick, nodding the ball on frame with ease after centerback Chris Richards appeared to lose track of him.

The Americans next square off with Nigeria on Monday.