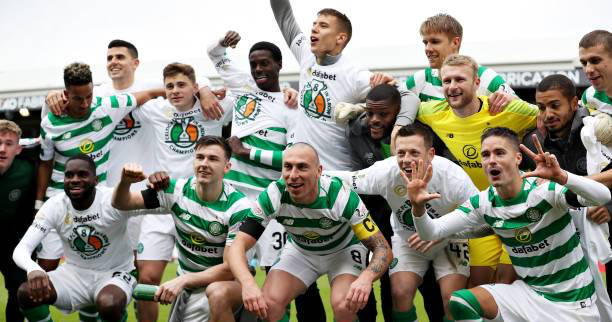 Timothy Weah will conclude the 2018-19 domestic season as a league champion in Scotland.

Weah, currently on-loan at Scottish Premier League side Celtic from PSG, helped his side clinch their eighth consecutive league title with a 3-0 road win over Aberdeen on Saturday.

Weah made his 13th league appearance for the club, starting and playing 74 minutes in the win. He took to social media to show his excitement for helping the club lift another league crown.

The 19-year-old has scored three league goals and registered one assist for the club since joining in January from the Ligue 1 giants.

Weah became the first American player to win the Scottish Premier League since Maurice Edu did with Rangers in 2010-11.

Celtic’s league season concludes with a trip to Old Firm rivals Rangers next weekend before a home date with Hearts on May 19th.

Weah will also have a chance to lift the Scottish Cup as Celtic face Hearts at Hampden Park on May 25th. He will return to PSG at the conclusion of the domestic season in hopes of becoming a regular in Thomas Tuchel’s first team squad.