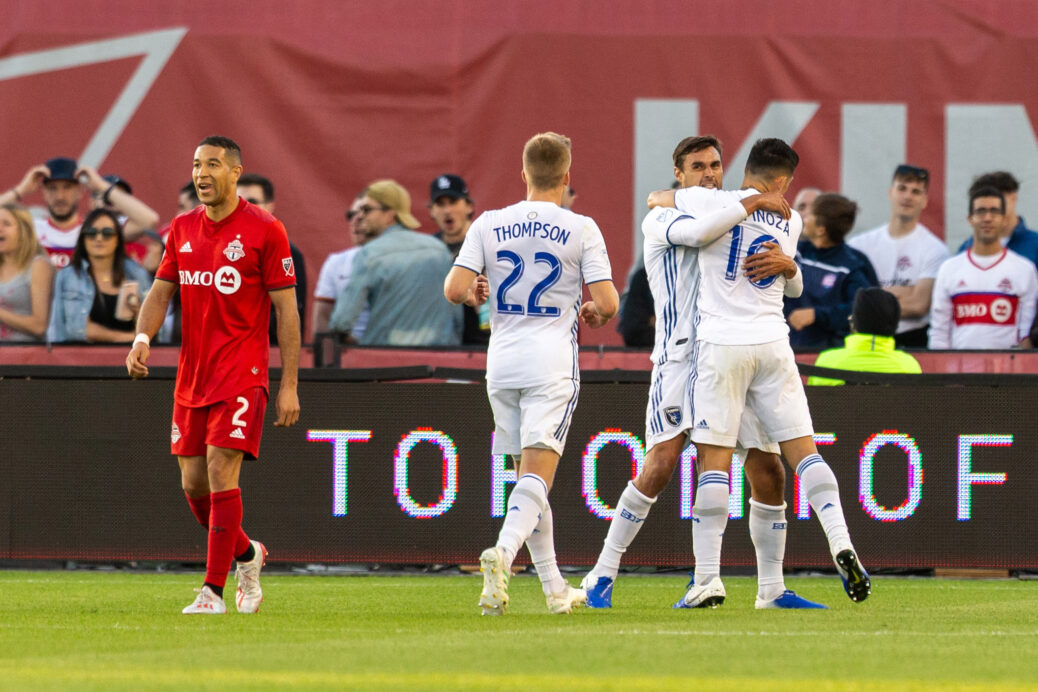 However it was Toronto’s Richie Laryea who broke the deadlock in the 28th minute, earning his first MLS goal courtesy of a Marco Delgado assist. The Canadian blasted the ball by Quakes keeper Daniel Vega.

The freshly crowned MLS all-time goal king, Chris Wondolowski evened things up shortly after in the 37th minute. Making it look easy, he passed one by TFC goalkeeper Quentin Westberg who was taken away from the play by Christian Espinoza, who whipped it in and registered the assist.

Both Espinoza and Tommy Thompson will be suspended for the Earthquakes next week against D.C. United, as they came into the game carrying the pressure of being suspended under next caution and both received yellow cards in the game.

Wondolowski struck again in the 81st minute, scoring in a similar fashion with a tap-in courtesy of the service supplied by Espinoza on the right wing. The goal was good for the final say in the game, and number 150 of his career.

While it wasn’t the lightning in a bottle four-goal occasion Wondolowski produced last week, the veteran supplied all San Jose needed to win the game as the striker further padded his status as the league’s all-time scorer.

Wondolowski’s game-winner in the 81st minute lifted the Quakes, and continued the recent momentum created by the 36-year-old.

Despite earning two assists on the evening, Espinoza’s flagrant closed-fist strike to the face of TFC’s Ashonte Morgan earned him a yellow card in the 64th minute and factors him out of an important game next week.