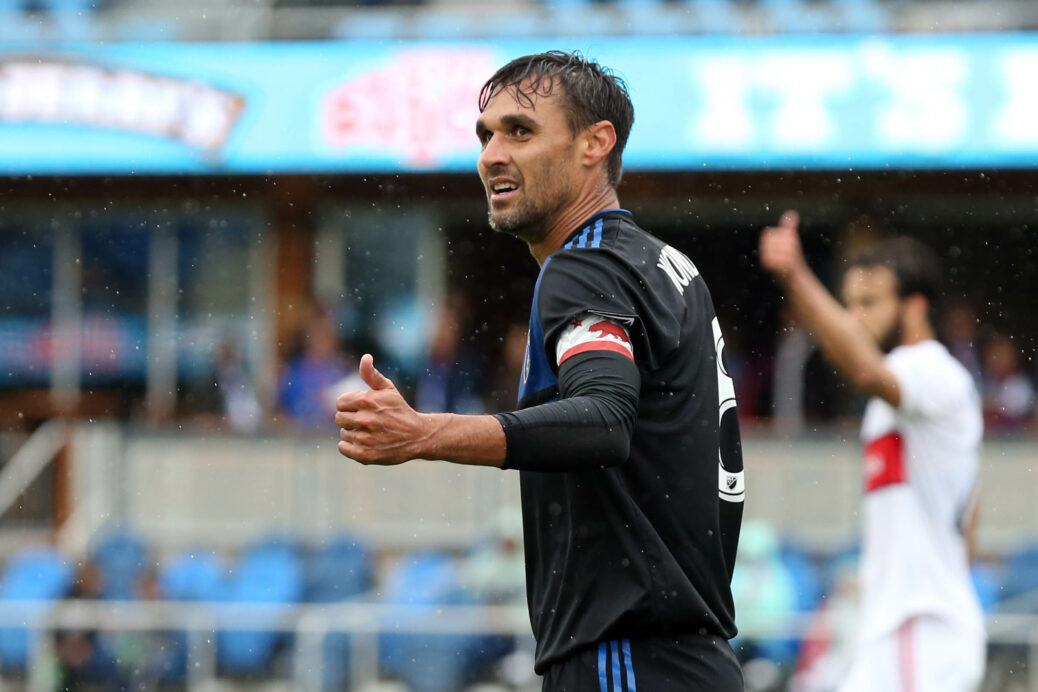 It didn’t come easy in the first month of the season, as he struggled to find the back of the net, let alone create in the Earthquakes’ tough start. But on Saturday, in the rain, in his first start since March 30th, it came sort of easy as he notched his first four-goal game in San Jose’s 4-1 win over the Chicago Fire.

Not only did the long-time Earthquakes’ captain shatter the record in the win, but the team also snapped a three-match losing streak to Chicago in the process.

Wondolowski made his first start in the last seven matches after Danny Hoesen went down in training on Friday with an injury, propelling him back into the Starting XI for the first time since a loss to LAFC.

“I’m always ready, always going to be ready to go, and know my role, know my job in that sense,” Wondolowski said. “I didn’t necessarily think four goals coming in, but driving in I think I had a special feeling I’ve really thought today it could’ve been the day.”

Wondolowski’s first goal of the day, the record-tying goal, came in traditional Wondo fashion in the 21st minute off of a perfect pass to the far post by Shea Salinas, who ran down a long ball by Cristian Espinoza. Salinas cut in from the wing and found Wondolowski set between defenders Francisco Calvo and Jorge Corrales for the goal.

He had a chance at the record-breaker just before halftime but slipped winding up just outside of the six-yard box aiming for the far post and missed.

The record-breaker came just minutes into the second half. Nick Lima fired a cross into the box in the 48th minute, and Fire goalkeeper David Ousted dropped it right in front of his line. Wondolowski rushed in and took the point-blank shot to put San Jose up 2-0 and, in turn, break the record.

“I always pictured hitting a 30-yard blast going upper 90 and didn’t really picture the goalkeeper dropping it and tapping it in, but I’ll take it,” Wondolowski said jokingly after the match. “I’ve probably crashed in on every shot like that probably 1000 times and 999 times he catches it and holds it. This one time I saw it come to the ground and was able just to get a toe on it.”

“I mean, it’s a culmination of a lot of hard work from Wondo,” Salinas added on Wondolowski’s record-breaking day. “It’s just an honor to be a part of what he’s done.”

Salinas added that the ball to the far post on the record-tying goal was “100 percent a pass.”

Then the fun began for San Jose.

Wondolowski netted his first hat-trick in seven years, finishing on a counter by the Quakes as Espinoza was fouled on the attack running in on goal and Wondolowski took the ball and fired on the first touch in the 74th minute to put San Jose up 3-0.

He netted his fourth on the day again in typical Wondo fashion. Ousted couldn’t handle a low shot by Espinoza at the post in the 76th minute. Jackson Yueill took the loose ball and found Wondolowski at the far post, and he took the first-time shot to put San Jose up 4-0.

The Fire drew one goal back in the 83rd minute on a shot by Aleksandar Katai that deflected off of Harold Cummings and past Daniel Vega in goal, but the day belonged to San Jose and Major League Soccer’s newest all-time leading goalscorer.

“I’ve always wanted to [break the record] and be done with it,” Wondolowski explained. “I’d definitely picture a day like this again, just so much joy right now.

“I love playing. To (break the record) on a win, just to play like we did today – I thought we played very well, moved the ball, and kept possession. I felt we connected a lot of passes and created a lot of opportunities and also being able to find myself on the end of some of those, it’s amazing.”