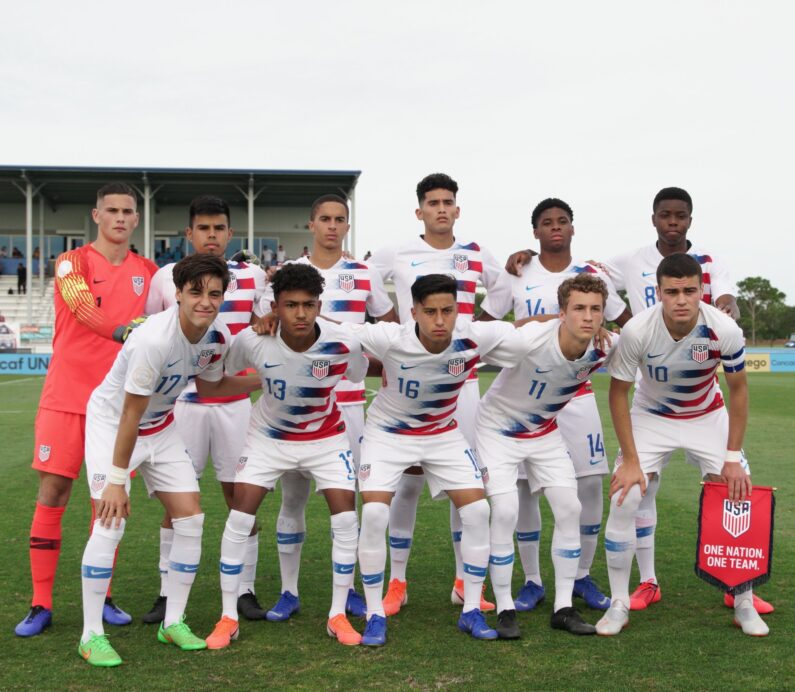 The U.S. U-17 Men’s National Team capped off group stage action at the 2019 Concacaf U-17 Championship with its first clean sheet of the competition.

Raphael Wicky’s side shut out Guatemala 3-0 on Monday night in Florida and will next face Guadeloupe in the Round of 16.

D.C. United’s Griffin Yow scored a brace while Alfonso Ocampo-Chavez added his second goal of the tournament in the U.S.’ third consecutive win.

Yow took advantage of a set piece to score his first goal, finding the bottom-left corner from a tough angle in the 25th minute.

The striker netted his second goal after halftime thanks to a superb set up by Gio Reyna. Reyna weaved his way into the box and crossed back into the middle which allowed Yow to head home.

Ocampo-Chavez’s header in the 86th minute added an insurance tally for the U.S. who continued to its foot on the gas. Gilbert Fuentes and Danny Leyva played a nice 1-2 before Leyva crossed towards the back post. His Sounders teammate headed home to end the action from Bradenton.

That's a wrap in Bradenton! 🎬

The U-17 #USMNT secures the 🔝 spot in Group F, and will face Guadeloupe in the Round of 16 at #CU17. pic.twitter.com/CwDgEpXata

Up next is a date with Guadeloupe on May 12th, with the winner advancing into the quarterfinals.

Awaiting the winner will be either Guatemala or Panama as both teams clinched berths in the knockout stage.