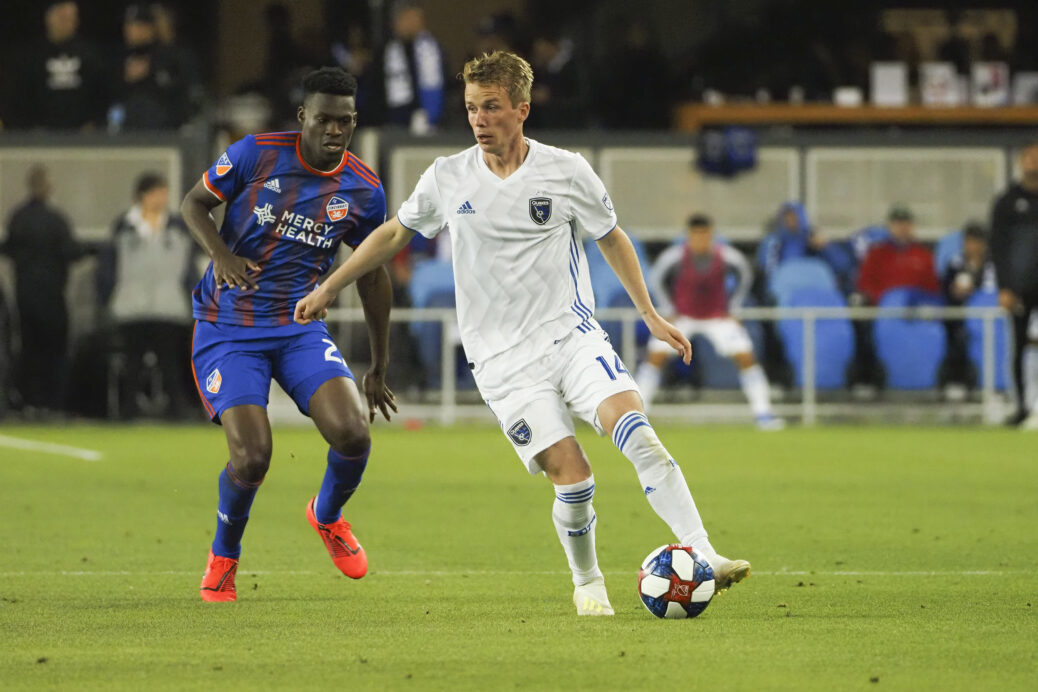 Coming out of UCLA, the talk around midfielder Jackson Yueill, defensively, was that he’s not physical and wouldn’t defend much, if at all.

“We have to see whoever said that and the way they worked,” San Jose Earthquakes head coach Matias Almeyda said about Yueill on Wednesday.

Fast-forward three seasons since he was the Earthquakes top draft pick in 2017, and Yueill has transformed himself from just a prolific passer and well-aware attacking playmaker to a complete midfielder who has defended like one of the better midfielders in the league. He’s garnered the attention of fans and media alike with his new relentless, blue-collar defensive play and has seen his stock rise early in the 2019 season.

“I think he’s one of the players with the brightest futures in this league, especially being born in the United States,” Almeyda added. “I like his personality a lot. In terms of football, he’s very complete. I see a large European future for him.”

“He’s a player that trains very well, and when he plays in games, he plays the same way he trains. He plays well in training sessions, friendly matches, and in easy and difficult matches. He always plays with the same effort, and it shows that he is a national team player.”

He credits the change in culture, led by Almeyda’s arrival this winter, to his sudden exponential growth.

“From day one of the preseason, the whole culture changed during training,” Yueill said. “Since day one we’ve been training extra hard and doing a lot of defensive work and offensive work, and I think all of that together has helped.”

“We do a lot of reversible drills, and I always say that I want to be a coach that makes a player more complete,” Almeyda added. “That’s the job I think coaches have. Players get to the first division because they play well, not because they know everything. There is still a large margin for him to improve on.”

“In his case, he is taking advantage of that. He’s a player that is recovering a lot of balls, he is very dynamic, he has a good shot, and you’ll see why I play him, I like him.”

“I think the league demands [physicality], especially how we play,” Yueill said. “You know, you really have to be able to go box-to-box every single play and then win your one-on-one’s, your duals. So, the coach has really emphasized being able to do that.

“It took a while obviously, but I think this year I’ve been doing a different job in the gym and on the training pitch to be able to do it on Saturdays.”

Since stepping into the Earthquakes’ Starting XI last month, Yueill helped lead a defensive rebound that’s seen the Earthquakes concede just eight goals in the seven matches since April 6, a stark contrast to the 14 they allowed in just four MLS matches in the month of March.

San Jose’s 3-1 loss at New England last Saturday, which snapped their four-match unbeaten streak, was their worst loss since their 5-0 dismantling by LAFC on March 30 and just the second match in the last seven that they conceded more than two goals.

Like the Earthquakes progress as a whole, Almeyda is happy to see Yueill’s growth, but knows and insists that the 22-year-old midfielder still has ways to go in his development.

“There’s still a large margin for him to improve,” Almeyda said. “With the continuity and minutes, he should just keep on playing. Mentally, to want to keep growing and not just plateau with what he’s achieved.

“The worst thing he can do is just plateau because he has a teammate that will take his spot. But I consider him a very intelligent person. I’ve already spoken with him, that will not happen.”