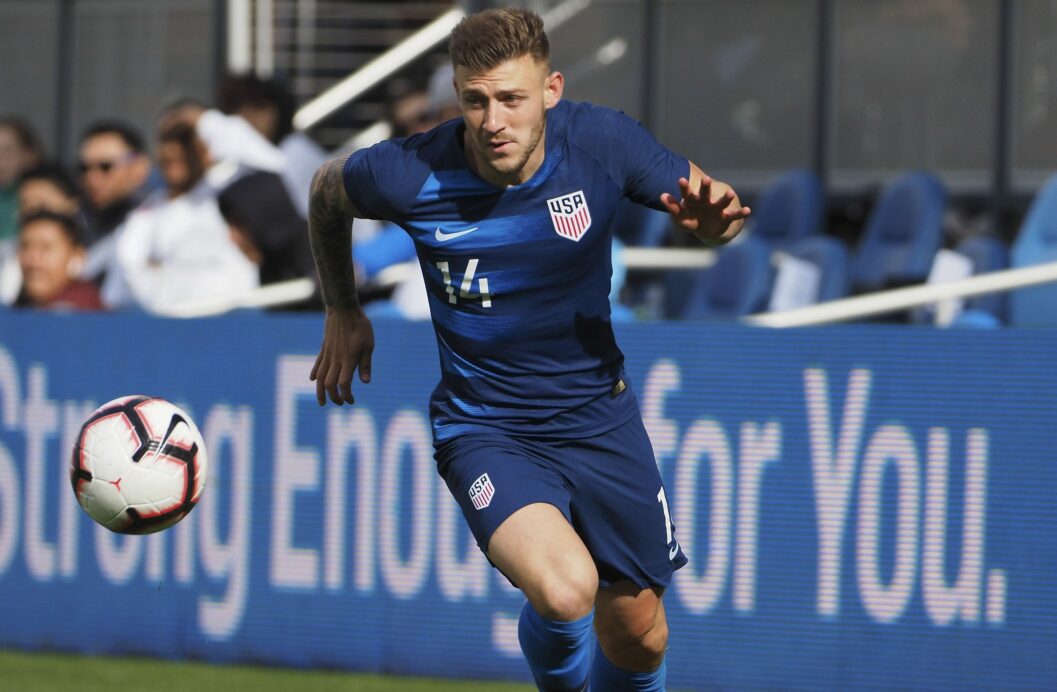 The U.S. Men’s National Team is gearing up to defend their crown at the 2019 CONCACAF Gold Cup. For some, it will be their first experience with new head coach Gregg Berhalter.

For others, like Paul Arriola, it will be the latest opportunity to connect and develop under Berhalter as he aims for a second Gold Cup title.

“In the international game it’s great to have friendlies so you can measure yourself up to the opponent,” Arriola said. “The things that matter are the tournaments though and this is one that we have had some success in.”

The 24-year-old has earned 21 caps with the USMNT, including the opening four in Berhalter’s era as head coach. Arriola was a part of the 2017 USMNT side that won the CONCACAF Gold Cup, defeating Jamaica 2-1 in the final. Wednesday’s friendly against Jamaica will be a stern test for the USMNT, who likely could see Jamaica in the quarterfinals of this year’s competition.

“I think everyone looks at us as one of the key teams to win it,” Arriola added. “For us, it’s good to have pressure and mix some players with experience and young ones. This is my second Gold Cup, I was able to win in 2017 so I’m looking forward to doing it with a new group of guys.”

Arriola comes into camp with three goals in 15 MLS appearances for D.C. United. He’s helped the team get to its current second-place spot in the Eastern Conference, and recently returned from suspension to play a full 90 minutes in last Saturday’s 1-1 draw against the San Jose Earthquakes.

Although he comes into camp without a goal in his last three league matches, Arriola brings urgency to an attack needing more decisive answers. A versatile player who has even played wingback for D.C., Arriola’s style of play fits Berhalter’s system which could play a major role in the USMNT’s run this summer.

“At the end of the day you have an opportunity and it’s really about what you do with that opportunity,” Arriola said. “We have to make the most of it or else you lose it. Since I’ve been with Gregg I’ve been able to implement my style with what he wants from a player in my position.

“From my point of view, it’s been excellent. I like to get after the opponent and get after them, everything has been great and now it’s good to get a tournament going to prove to Concacaf what we are made of.”

Unlike some of the European-based players who did not participate in January friendlies, Arriola was one of the MLS guys who got an early taste for Berhalter’s tactics and strategy. He’s started three of the four friendlies under Berhalter, while also rewarding his head coach with a goal against Costa Rica.

Wednesday’s match at Audi Field will have sentimental value for Arriola as well, as it is on his current home pitch. The winger is not guaranteed a place in the starting XI, but he’s excited to get the chance to represent his country in his latest home.

“It’s exciting, it’ll be the first time the U.S. Men’s National Team plays at Audi Field,” Arriola said. “It will be a special moment for me, whether I am on the field or not just to witness it. Obviously, I play there every other week so I can see how crazy it is, or how good the atmosphere and fans are. I’m definitely excited to show everyone else on the team what Audi can bring.”