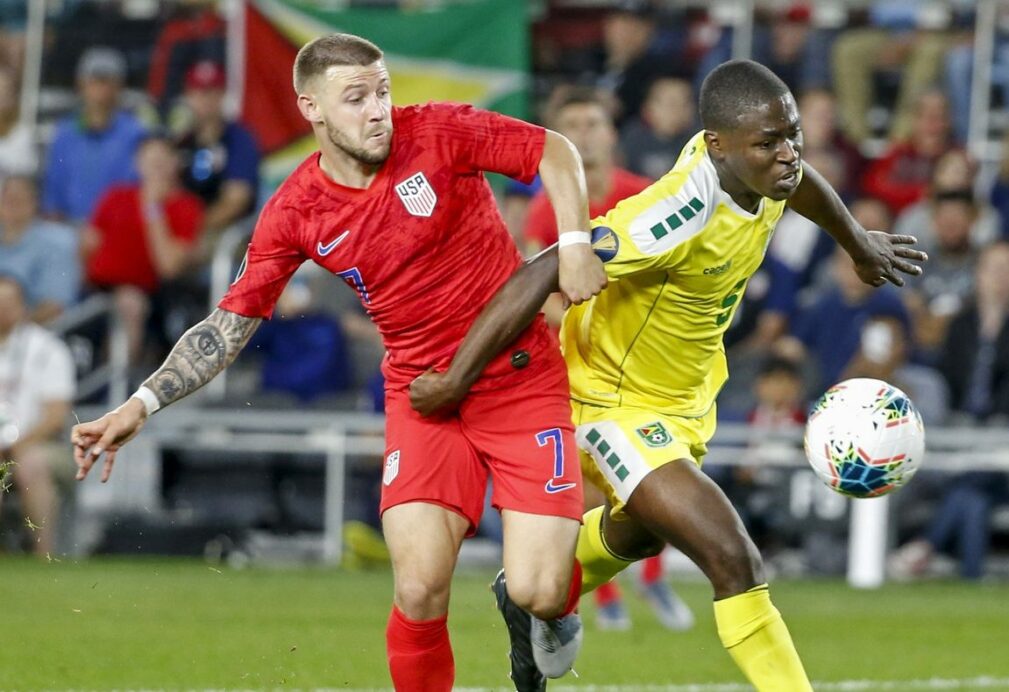 The U.S. Men’s National Team shrugged off some early nerves to pick up its first win in the 2019 Concacaf Gold Cup. Two players shined for the USMNT in its 4-0 win over Guyana, while one in particular  continued his growth under new head coach Gregg Berhalter.

D.C. United winger Paul Arriola scored the opening goal at Allianz Field, while also setting up another in the second-half. He even could’ve a few more tallies in the second-half as the USMNT piled it on, but overall the team started off in fine fashion in its quest to repeat as champions.

“I think it was a great win for us, great way to start off the tournament that we needed. I think it was very important,” Arriola said. “Extremely happy with the way we played and obviously the win.”

“I think in the beginning of the game we had a few chances and we were creating a lot of problems for them on the attacking side. It was just a good combination between Weston and me. Great ball from Weston to get the ball back to me in the area when I picked my head up. The center back had slid over and I was able to just slot it into the corner and put us ahead. After that I think we continued to kind of ride that and build our confidence as a group and we were able to get a few more in the second half.”

Arriola has worked his way into a starting spot under Berhalter, one that not many would’ve expected in 2018 or even before. His willingness to go after defenders is something that will impress any head coach, while he also has the speed and physicality to get back and defend.

Even after the USMNT added goals from Tyler Boyd and Gyasi Zardes in the second-half, Arriola continued to put in hard work. His connection with Boyd set up the newcomer’s second goal of the match. The team looked a lot more comfortable after halftime and their confidence will grow as they next prepare to take on Trinidad & Tobago for the first time since their World Cup failure in 2017.

“At least speaking for myself I don’t think there was much frustration,” Arriola said. “We were all very confident. We create so many great chances due to the way that we play. When we rely on each other and have the confidence in each other we create a lot. It just so happens that it was me that was able to put us ahead. After that we just kind of played well and knew that there was going to be more.”

“I think there’s a little bit of a feeling and understanding,” Arriola said. “But for me it’s the second game of the Gold Cup, it’s a game that can really provide us with certainty going into the last game. More than anything I think that’s kind of the way I’m looking at it. It would be good to get revenge if we are able to go ahead of them and finish the group with a tough game against Panama.”

Trinidad & Tobago fell 2-0 to Panama in its opener on Tuesday night and know they need to go for a win against the USMNT in Cleveland on Saturday. As for the USMNT, they cannot afford any slip-ups with its final match coming against the Panamanians in Kansas City.

It may not have been a 13-0 win like the USWNT achieved earlier this month in France against Thailand, but its one that will get the players confident for success in this tournament. It’s a step in the right direction, one that will hopefully kick the team on further knowing tougher tests are coming.

“I thought it was a fine performance. We got stronger as the match went. I liked how we kept going,” Berhalter said. “We, for the most part, stayed organized, as that was a focus, not getting to stretched even though the scoreline was what it was. We wanted to stay compact and keep moving. Overall it was a good start for the tournament.”