Berhalter ready for his first summer with USMNT 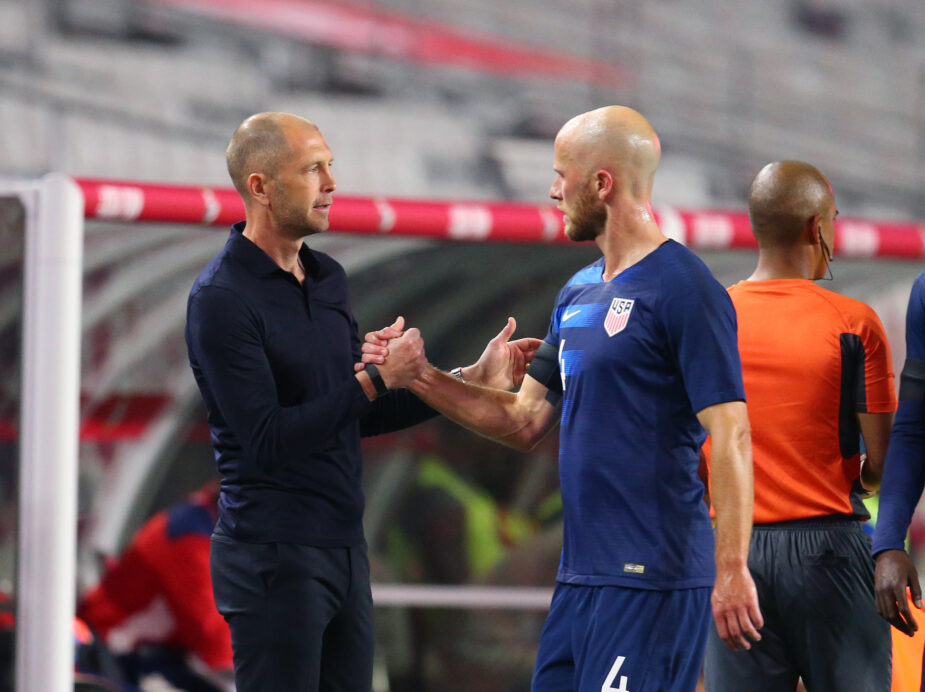 For the first time in a long time, the United States will play in incredibly meaningful, important matches with the entire nation watching them.

Anyone and everyone can agree that it’s been a while.

When the U.S. Men’s National Team opens CONCACAF Gold Cup play on June 18 against Guyana, Gregg Berhalter will be as ready as a new head coach of a national team can ever be – even if that particular national team was humiliated out of World Cup qualifying two years ago.

Entering Wednesday’s penultimate friendly against Jamaica heading into the Gold Cup, Berhalter has just about all of his players – Christian Pulisic is expected to report to the USMNT on June 6, the day after the Jamaica friendly, and Tyler Adams, as much of a key part of Berhalter’s system as Pulisic is, arrives on June 11.

But six months after starting the job of rebuilding the recently shamed and uninvited U.S. Men’s National Team, the rebuilding progress will be on display as America will get a first-hand look at what the country could possibly expect in the upcoming Gold Cup, and potentially beyond.

“We had a clear objective of that first camp, it was to focus on a group of players that we knew would be available for the Jamaica game,” Berhalter explained after training on Tuesday. “And now, as we did that, and now as we incorporate the guys that just arrived, some of them will be playing in the game.”

Although Berhalter already has the idea of who is on the USMNT’s Gold Cup roster – mainly since the roster is due at midnight on Wednesday, shortly after the final whistle against Jamaica – he will still evaluate players in Wednesday’s friendly, those who may be on the bubble, either in or out.

“I think most of the roster is set,” Berhalter said. “I think there will be a few positions that are up for grabs, but not many. A lot of the work has been done beforehand, but we will make a few decisions based on (Wednesday’s) game.

“You get to see other options and that’s important. We know in a tournament format the games come very quick after another. So we know we need other guys to step up and this gives the other guys an opportunity to get fit, to be involved in our system and to play.”

Wil Trapp played for Berhalter in Columbus before Berhalter took the job with the USMNT. He admits that he’s seen Berhalter’s growth from just an MLS coach to a national team coach.

“You always knew the quality of coach that he was,” Trapp said, “and his excitement, passion for the game and now you’re seeing it taken to another level in terms of the resources at this disposal and what he can glean from other coaches being now at a higher position.

“That’s only going to make him better and ultimately make the team better.”

Since Berhalter took over in January, the USMNT has shown signs of growth and hope in this new system. The USMNT has scored seven goals in the four matches so far under Berhalter, but have also looked uninspiring at times in the final third.

The USNMT will benefit a lot from Wednesday night’s friendly against Jamaica. Berhalter’s USMNT side will play one of the more athletic sides they could face in the knockout rounds of the Gold Cup, if not the final once again. It’s just as Berhalter drew it up.

“It’s important to note that this is the opponent that which we chose as a warm-up for the Gold Cup,” he said. “(Jamaica) is a very talented team, very physical team, poses a lot of threats and an offensive transition that has very talented players, and is an experienced group.

“This is going to be a good test for us. We will face opponents like this in the Gold Cup and it’s good for us to get a test.”

Berhalter’s first test truly starts on June 18, but it’s the first of many to come for himself and the newly remodeled U.S. Men’s National Team. It’s been a while since the USMNT played meaningful matches, and even longer since there’s been any kind of hope and excitement for what may be to come with the national program.

The U-20’s showed promise of the future for the United States. Now, the USMNT has to prove and show growth in the present.