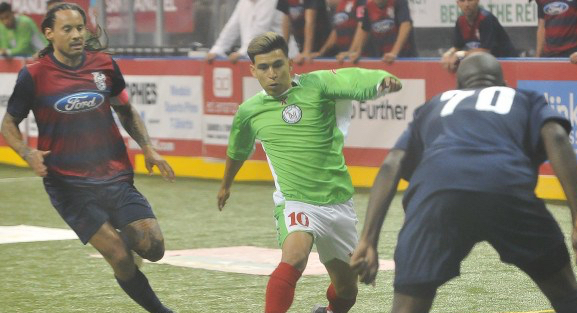 Jermaine Jones and Landon Donovan got the last laugh against Mexico once again.

The pair helped the U.S. down Mexico 7-5 on Saturday in an arena soccer friendly. Jones captained the team at the exhibition match in Ontario, while Donovan also appeared in the win.

“Mexico is a good side and they came after us but this win shows that this team is believing in itself, and you can see that we have a good team put together,” Jones said to the Daily Bulletin.

Brian Farber scored two goals, while Kraig Chiles had a goal and assist. Jones assisted on an insurance goal by Nick Perera to ice the 7-5 win. Goalkeeper Danny Waltman also had a strong performance, making numerous saves in the first-half.

“The first time I played Mexico I was with the U-17s (and) nobody was watching but the intensity was there on the field, and I felt the same way tonight, 20 years later,” Donovan said. “Anytime this game happens or what the circumstances are it means something, and it was a lot of fun.”

Team USA will continue preparation for the 2019 World Minifootball Federation World Cup in Australia this fall.