LAFC come back against Earthquakes, advance to Open Cup semifinals 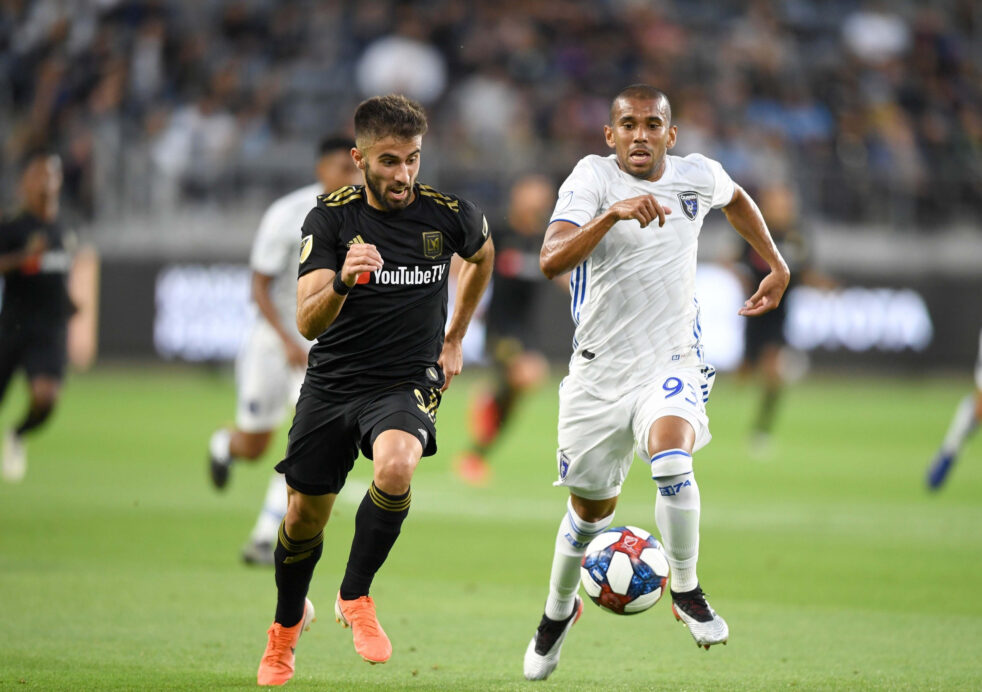 In a tense affair between California rivals, Bob Bradley and LAFC continued their strong run of form with a win against the San Jose Earthquakes in Open Cup play on Thursday night.

Goals from Carlos Vela, Diego Rossi, and Adama Diomande were enough to erase an early goal from San Jose’s Vako and send LAFC to the Open Cup quarterfinals after a 3-1 win.

The Earthquakes took no time getting on the scoresheet as they scored the opening goal of the match in the seventh-minute. San Jose midfielder and U.S. Men’s National Team newcomer Jackson Yueill started the play, sending an impressive through pass to an onrushing Cristian Espinoza. One-on-one with LAFC goalkeeper Pablo Sisniega, Espinoza squared the ball to Vako who finished the chance.

In the 35th-minute LAFC answered through forward Diego Rossi who scored an incredible chipped goal over San Jose ‘keeper’ Andrew Tarbell. The goal was set up by Lee Nguyen who had a strong showing against San Jose, finding himself in dangerous positions throughout the night.

LAFC doubled their lead in the 60th-minute when Rossi was able to find the feet of Adama Diomande in the box who rounded Tarbell and scored into an open net. Diomande has not been a prolific goalscorer in MLS this season but the goal was his second in only two Open Cup games for LAFC.

In the 85th-minute Vela put the game to bed, scoring at close range in the box with his signature left foot. A late shot off the post from San Jose midfielder Magnus Eriksson nearly gave the away fans hope, but it was not enough as the match ended 3-1.

LAFC will go on to face the Portland Timbers in the quarterfinals of the U.S. Open Cup on July 10th.

Diego Rossi shined on Friday night when he recorded a goal and a game-winning assist to secure a quarterfinal berth for LAFC.

Diomande’s goal in the 60th-minute broke a stalled match between the two sides allowing LAFC to open up their attacking play and press San Jose’s defense.

In any match where three goals are conceded, the goalkeeper will be scrutinized. While Tarbell kept San Jose in the match on a few occasions, his organization of the back line and general goalkeeping let San Jose down on Friday night.