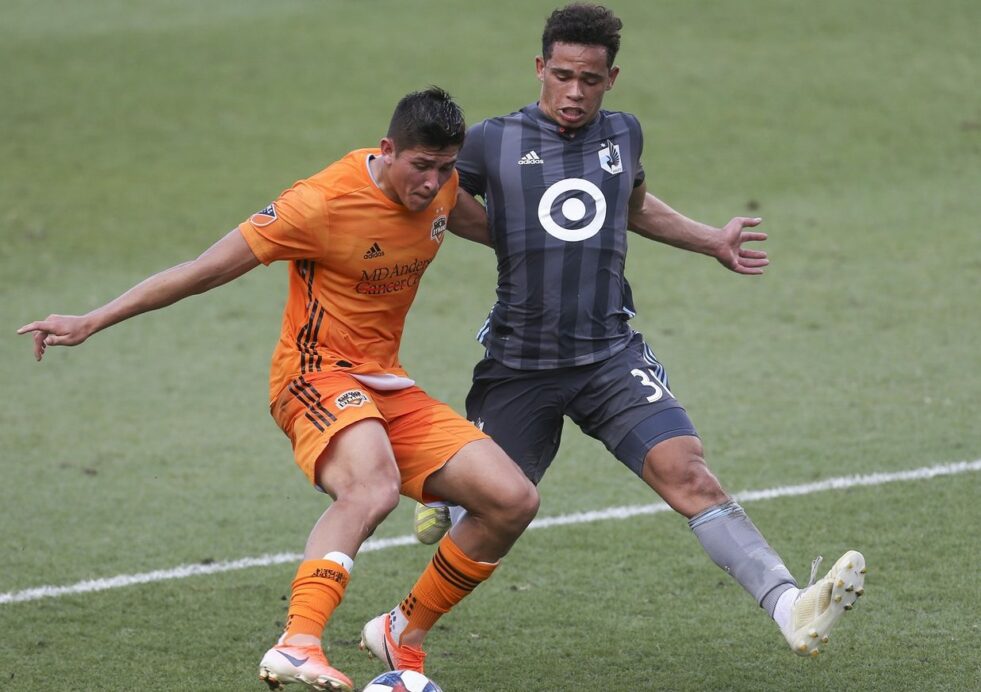 Minnesota United had to dig deep but eventually eliminated the U.S. Open Cup defending champions away from home.

A second-half brace from forward Darwin Quintero and a late dagger from 20-year-old striker Mason Toye were enough to secure victory for the Loons. After sitting in a deep 2-0 hole going into halftime, Minnesota United stormed back to score three goals in 25 minutes.

Houston took an early lead in the 10th-minute as forward Ronaldo Peña was in the right place at the right time and deflected the ball into the net. Tomás Martínez added another goal in the 37th-minute following a poor giveaway from Minnesota United in their own third.

In the second half, Minnesota showed more energy, shifting the tone of the match. Quintero’s first goal came in the 66th-minute to flip the switch, before leveling the match with a golazo in the 82nd.

The goals would prove crucial because in the 89th-minute  Toye latched onto the end of a Ethan Finlay cross to seal the comeback win. Adrian Heath’s side advanced to the quarterfinals and will next face the winner of FC Dallas/New Mexico United, who play on Wednesday.