MLS Spotlight: Memo Rodriguez making the most of his second chance with Dynamo 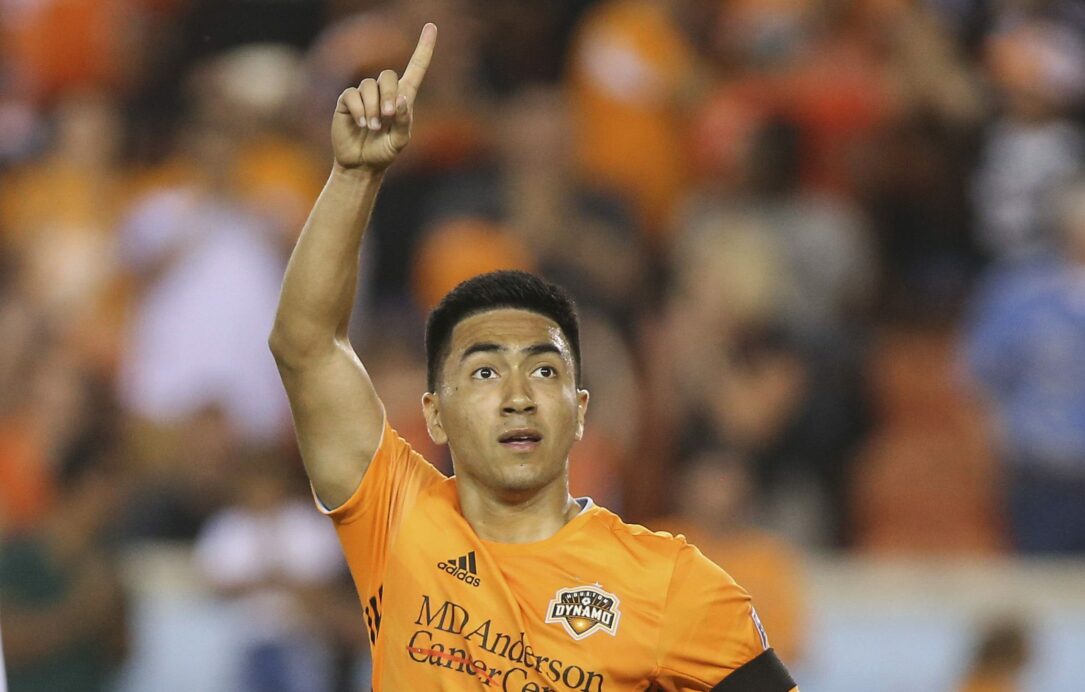 The first year of Memo Rodriguez’s life as a professional was not how he pictured. He went from a bright-eyed teenager full of hope about his future, to a youngster so disappointed with being waived by his hometown club that he questioned whether soccer was for him.

Things have changed quite a bit since then. Rodriguez is not only back to playing with his childhood team, but is also in the midst of a career year.

The MLS season is near the halfway point, and one of the biggest revelations thus far has been the Houston Dynamo’s Rodriguez. The 23-year-old midfielder has bagged five goals, third-highest on the team, and delivered two assists, numbers that show how much he has grown in a short span.

While Rodriguez is not yet an every-game starter, he has already been included in the Dynamo’s lineup more than ever before. He has made eight starts in 12 league appearances this year, a byproduct of his improved ability to impact games and the confidence he has won from the coaching staff.

“I think last year I had spurts where I showed that, ‘Oh, this kid can actually play,’ but I don’t think I was super consistent with that,” Rodriguez told SBI. “I think there were just moments in the game where I’d be in the game and I wouldn’t be in it. Going into the offseason, I knew I had to change that, I knew that I had to be consistent for 90 minutes. I didn’t want to be that player where 5-10 minutes you create something but the 80-90 minutes left in the game, you’re nowhere to be found.

“I think that was the mentality coming into the season that I had to change that and I had to be a consistent player throughout 90 minutes and create stuff the whole 90 minutes that I’m in the game or however many minutes I’m in it.”

Rodriguez has matured and taken strides in game, as evidenced by his uptick in production, but his road to making the Dynamo first team and being a difference-maker has been far from traditional. The Wharton, Texas native signed his first professional contract with the club back in 2014, but less than a year later he got stunning news.

Then Dynamo manager Owen Coyle and GM Matt Jordan called Rodriguez into an office to tell him he was being waived from the team. The dreams of playing professionally in Houston were shattered almost as quickly as they began. It was the lowest point of his young career.

“As an 18-year-old kid, you sign your first contract and I think everybody thinks they’re going to play right away and get minutes in MLS,” Rodriguez said. “Obviously it’s a learning process, it’s a learning curve.  Obviously, I was a little down. I wasn’t the same. I was questioning if soccer was really for me. … You don’t think these things happen to you right away.”

Rodriguez was offered an opportunity to play for the Dynamo’s USL affiliate, Rio Grande Valley FC, after being waived. It is there where the 5-foot-8 player got to play under head coach Wilmer Cabrera and where Rodriguez made a strong impression on the Colombian.

That proved vital for Rodriguez’s career. Cabrera was named head coach of the Dynamo at the end of 2016, and he invited a large chunk of the RGV players to preseason camp with the MLS outfit. Familiar with Cabrera’s style of play and preferences for his players, Rodriguez showed well yet again and it led to him getting a contract offer that he could not refuse.

The first season back with the club showed Rodriguez’s progress and real signs of promise. Playing on a Dynamo team that already have some proven dynamic weapons in the attack, Rodriguez played 19 league matches (six starts) and contributed one goal.

It was a good start, but, as is the case with any youngster, there was room to grow.

“We spoke about that: to be more consistent and to be more active and to take more risks, showing that he has the personality to be a starting player and a player that can impact the game throughout the 90 minutes,” Cabrera told SBI. “That was important, because last year he was doing very well coming on as a sub, but he needed to be more consistent and showing that he can play games and he can be a starting player for our team.”

“I got into a lot of games last year, but there were 20, 15 minutes (left in) the game,” Rodriguez recalled. “I was happy going into the games, but I wasn’t comfortable enough when it was one-on-one situations and I had to take on the last guy and help my team win. I was just not comfortable in those situations to go at the player. I would typically just pass it to one of our teammates and obviously it would ruin the opportunity for us if I was 1-v-1.”

Steps have been taken by Rodriguez to improve that facet of his game, but he knows he cannot rest on his laurels. He has to continue to grow if he wants to become en entrenched player in the Dynamo lineup and if he wants to achieve his other goal of playing internationally, be it for the United States or Mexico, where his family is from.

“I was coming into the season saying I was going to score seven goals. I think I have to change that now just because I’m pretty close from there,” Rodriguez said. “Obviously I wanted to play a lot more and start a lot more games to help the team win in big games. I think I’m going on the right direction and I think I just have to continue to build off the season that’s going on.

“I have to keep pushing forward and just become the best player I can be and really showcase my talents and just try to be an elite player.”