Parks settling into role with NYCFC and life in New York 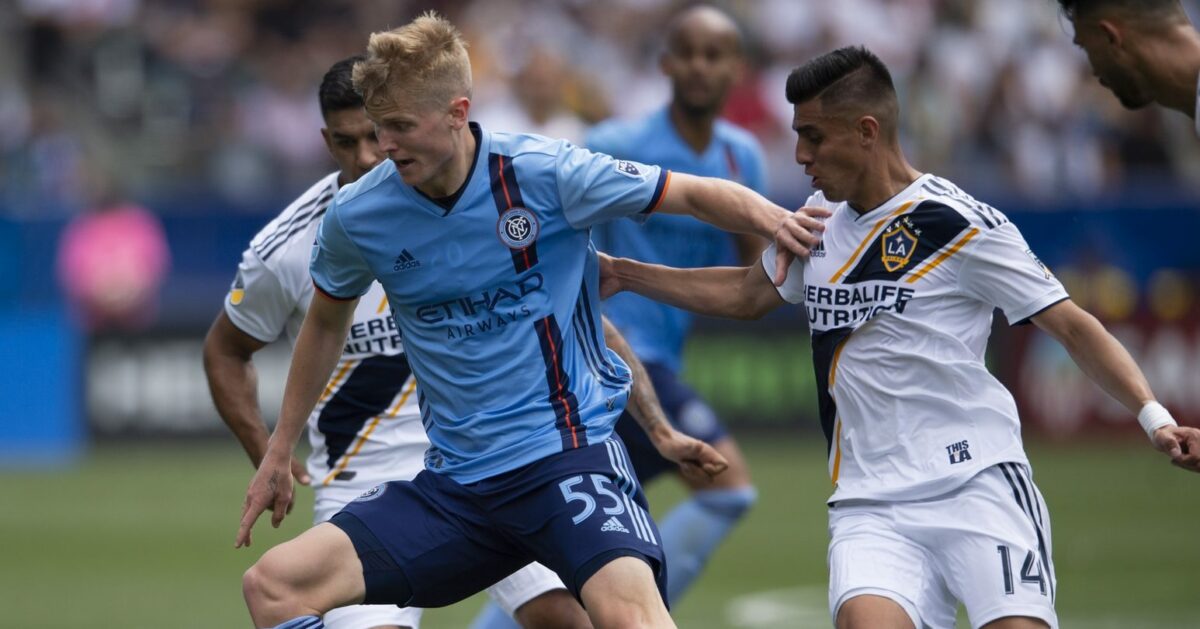 Last summer, 21-year-old New York City FC midfielder Keaton Parks was playing for Benfica in Portugal, on the path to breaking in with the Benfica senior team. This season he has played less than a full match in MLS. Now Parks seems to be developing well and may play a more central role for NYCFC, especially as the U.S. Open Cup approaches.

Omitted from the U.S. Men’s National Team roster for the upcoming Gold Cup, Parks was invited to train with the U.S. U-23 side in a joint training camp in May. The camp trained for a week with the senior national team ahead of the Gold Cup camp as the side, coached by former NYCFC manager Jason Kreis, prepares for a run at the 2020 Summer Olympics in Tokyo.

“It was a good week away at National Team camp but good to be back and good to get the win tonight,” Parks said. “It felt good to get back on the field with New York.”

Parks’ loan from Benfica to NYCFC has come with its share of transitional pains. Prior to his 30-minute cameo on Thursday night, the Texas native had only seen 28 minutes of play across four matches. The limited playing time did not seem to phase Parks, however, who has been enjoying his time in New York.

“[My transition’s] been good. It’s my first time out here in New York so it’s been nice like living here and being in the city and stuff and it’s good to be back at home,” Parks said.

On Wednesday NYCFC will travel to face North Carolina FC in the fourth round of the U.S. Open Cup. Minutes against FC Cincinnati on Thursday for Parks and 17-year-old midfielder Justin Haak are expected to get both players ready for a more central role in the squad next week.

“Of course I hope I get a start but Dome will choose in the end, whatever is best for the team you know, and getting the win in the end is what’s most important,” Parks said.

“For sure, the Open Cup, my idea is to play these kinds of players [Justin Haak, Keaton Parks]. At the moment they don’t play, especially Keaton, Justin, Danny Bedoya, JP (Juan Pablo Torres), they deserve to play,” Torrent said.