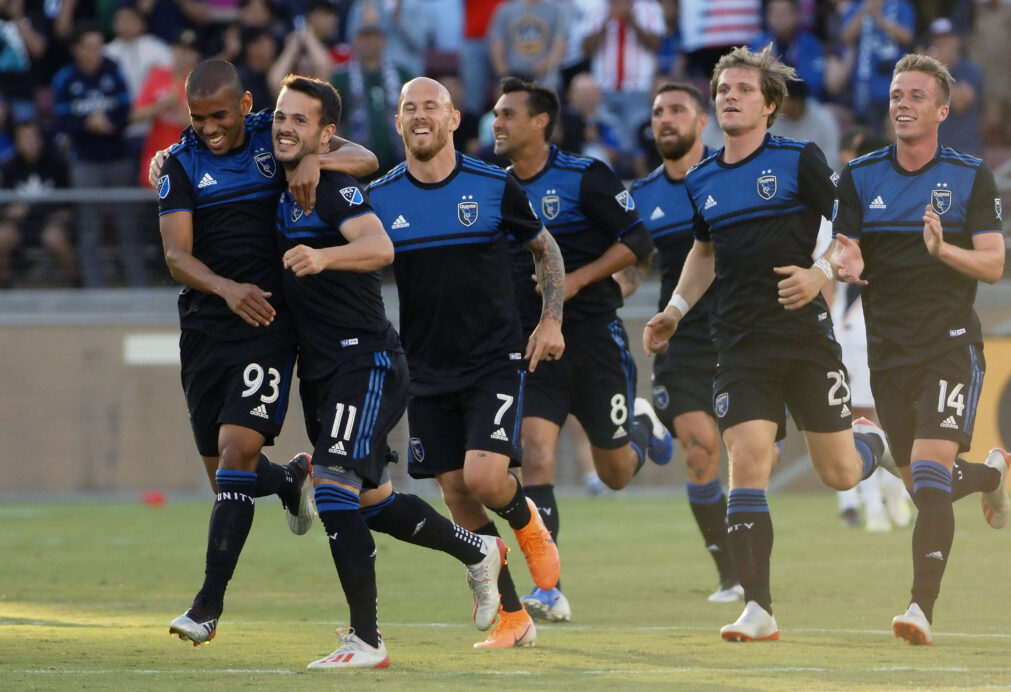 After the San Jose Earthquakes 3-0 win over the L.A. Galaxy at Stanford Stadium in Saturday’s Cali Clasico, head coach Matias Almeyda took his team back onto the pitch, with the rest of the fans in attendance so they could all take in the fireworks with each other and their families.

“I think we’re a team and I think we should be together every minute,” Almeyda said.

That “team-as-family” culture has propelled the Quakes from beyond the basement of Major League Soccer to back above the playoff line, now in fifth place in the West after wins against the previous third-place Houston Dynamo and the second-place L.A. Galaxy.

The fireworks served as a reward for the Quakes and as a metaphor for their play on the pitch since April. San Jose has lost just twice in MLS play since April 13th and is currently unbeaten in their last six matches. They’ve lit up opponents, outscoring them 14-5, posting clean sheets in back-to-back matches for the second time this season.

“We had a rough start,” Quakes converted defender Tommy Thompson said. “We went to Cancun in pre-season and we establish a team culture that has stayed strong through the difficult times and through the good times as well.”

Several people have stepped up for the Quakes during their surprising turnaround into the good times throughout the last three months, but their latest hero is someone nobody might’ve seen coming.

Valeri “Vako” Qazaishvili started the season as possibly one of the more disappointing DP signings to start the season, and along with Chris Wondolowski and Nick Lima, he found his way to the bench. He didn’t make it onto the pitch for a pair of matches after April, and prior to starting once again, he only came on in short spurts producing next to nothing.

But not only has Vako re-ignited himself on the pitch, but he’s also become just another threat on a San Jose Earthquakes team that is becoming deeper and deeper as more players are coming back.

“I think generally, in every line, the team has changed,” Almeyda said. “We’re working as a team and everybody is giving their best shot and they’re doing with it what they haven’t felt in a while, which is happiness.”

The pleasantly quiet Vako scored six straight goals for San Jose, including the opening goal on Saturday, early in the first half. His scoring streak was snapped when Shea Salinas and Thompson scored late in the second half to seal the win.

Vako’s scoring streak began in the U.S. Open Cup, where he scored a brace seemingly out of nowhere against Sacramento Republic FC of the USL and followed that with a goal against LAFC the week after in the Round of 16.

He brought his scoring streak into MLS play where he scored a brace against the Dynamo on Wednesday in their 2-0 win at home.

The Earthquakes are 6-0-1 in their last seven home games (they were the home team at Stanford Saturday night). Even though they’re above the playoff line at the moment, they’re still taking things one game at a time.

“Right now we’d take it one game at a time,” Salinas said. “I mean obviously our goal is to be above the playoff run but I’d like us to keep moving up the tables. We are a difficult team to play against.”