SKC claims first road win of 2019 with triumph over Crew 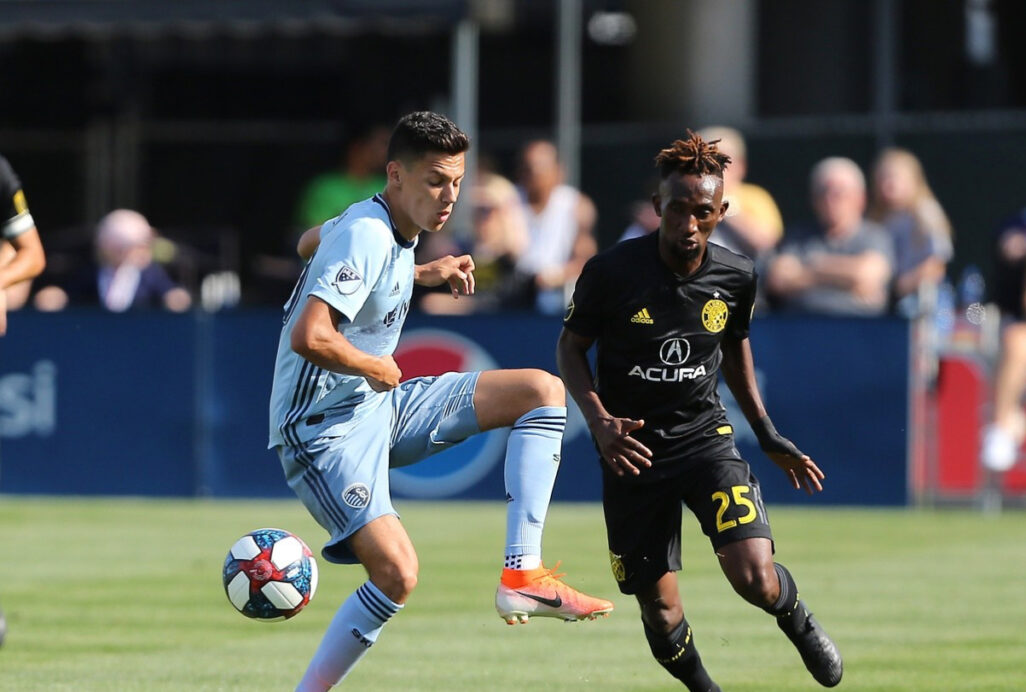 Both sides came in considerably short-handed with respect to international duty and injuries, but SKC found a way to make the most of the unusual week and earn its first road win of the season.

Unlucky for Columbus, the newly-acquired David Accam went down with a hamstring injury in the 15th-minute. He was replaced by Luis Argudo who provided the Crew with its best chance of the first half as he caught SKC goalkeeper Tim Melia napping, taking the ball from his feet inside the box, but Melia recovered and the Crew came up empty handed on the ensuing corner.

The sides went back and forth as the first half closed scoreless.

SKC broke the deadlock in the 48th-minute when Gerso Fernandes kept a deflected ball alive in the box and swiftly found Felipe Gutiérrez for a point-blank header, good for his seventh goal of the season.

After spending three months off the field in recovery from a fractured jaw, Harrison Afful factored himself out of the game as he earned a red card in the 74th-minute when he initiated hard contact with Gerso who was approaching the box on a breakaway.

Six minutes of stoppage time did not see the foul pay off as Columbus kept its dukes up, but couldn’t find the equalizer, and Kansas City kept the 1-0 alive for its second shutout of the season.

Kansas City snaps a three-game winless skid and moves to ninth in the West, while Columbus’ winless streak extends to five as they remain in 10th in the East.

Despite the early blunder, Tim Melia was lights-out in the afternoon as he collected four saves en route to a clean sheet.

The Gerso to Gutiérrez connection in the 48th minute broke the deadlock and provided Kansas City all it needed to pick up the crucial road victory.

Though it was a professional foul, Afful’s red card was rendered ineffective as The Crew failed to equalize. He’ll add to Caleb Porter’s personnel issues for next week’s game against Orlando City.