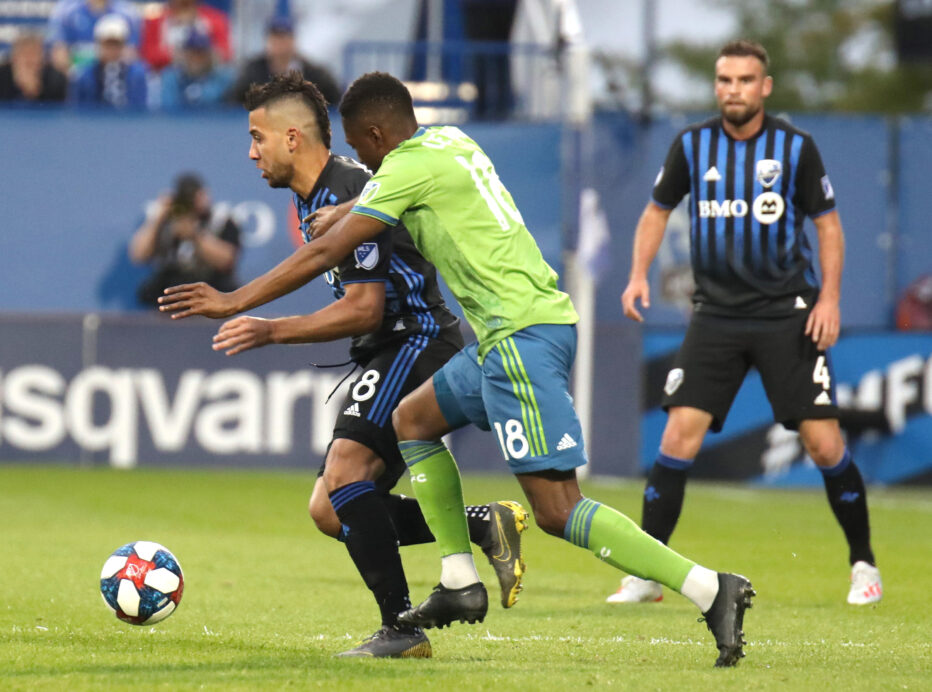 Wednesday night’s matchup between the Montréal Impact and Seattle Sounders at Stade Saputo saw both teams struggle throughout the first hour, as neither put in an inspiring performance early on.

To be fair, both teams suffered through limited roster options due to injury and international duty, and the lack of starting quality was felt by both teams as Seattle ended its four-game road trip winless.

Seattle’s Victor Rodríguez opened up the scoring with a penalty kick in the 64rd minute, thanks to a hard foul on Harry Shipp from Montreal’s Victor Cabrera. Rodriguez made it look easy against Impact goalkeeper Evan Bush.

However, The Sounders would return the favor in the 74th minute as Kelvin Leerdam fouled Saphir Taïder. The Algerian would take the ensuing penalty and blast a top-bin rocket past Stefan Frei.

Taïder struck again in the 78th minute, as he was set up by Omar Browne from the top of the box for a tidy ricochet from point-blank.

The Impact went on to close out the comeback win and hand the Sounders their third consecutive loss.

With the victory, Montréal moves to second in the Eastern Conference, while Seattle holds on to third in the West.

For single-handedly keeping the Impact on the scoreboard, Saphir Taïder’s two-minute, two-goal outburst made the difference late in the game.

Taïder’s 74th-minute equalizer from the spot got momentum on Montréal’s side in a match that looked to be under Seattle’s control.

With only one goal to his name in the 2019 campaign, Maximiliano Urruti will want to take back a close-range blunder in the 60th minute that would have broken the deadlock.