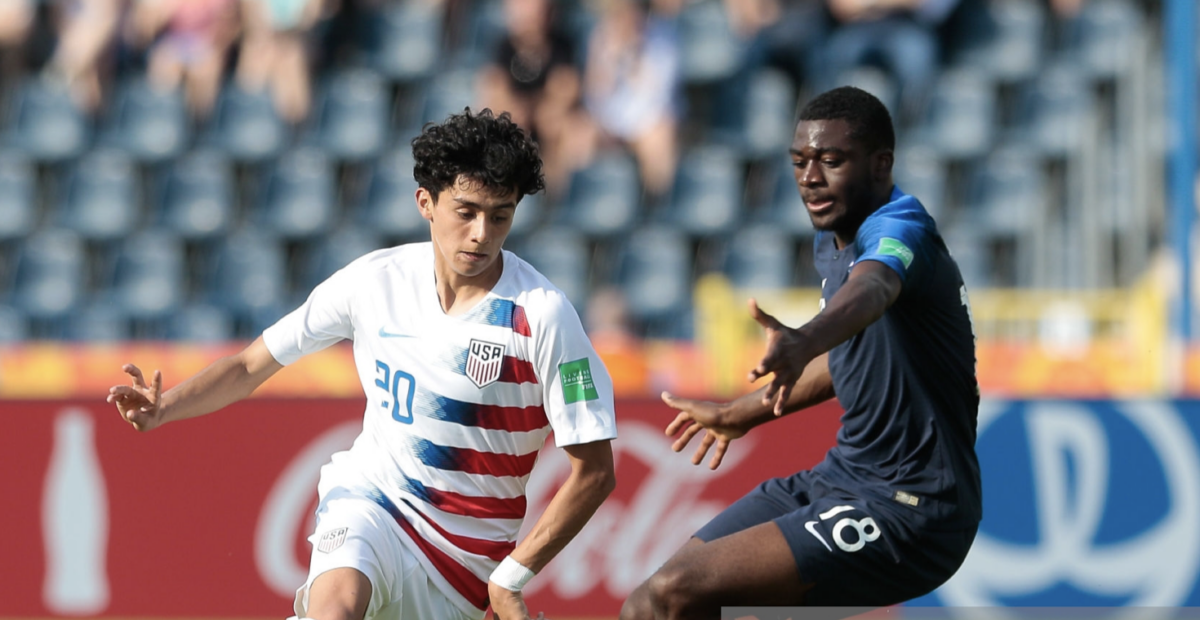 Seventeen minutes were all that stood between the U.S. Under-20 Men’s National Team and a Round of 16 elimination, but a stirring comeback against a tournament favorite saw the Americans pull off a major upset.

Two goals in the final 16 minutes allowed the Americans to overcome a 2-1 deficit to defeat France, 3-2, on Tuesday. The equalizer came off the foot of Sebastian Soto in the 74th minute and Justin Rennicks fired in the winner on the rebound nine minutes later.

The win means the U.S. will face Ecuador on Saturday in the quarterfinals. The Americans have reached that round in each of the last two editions of the competition.

Soto got the impressive U.S. rally started, finishing of an exquisite through ball from Tim Weah that sliced open the French defense. Weah used the outside part of his right foot play Soto through, and the striker made no mistake for his second goal of the day.

In the 83rd minute, Rennicks pounced on a mistake from French goalkeeper Alban Lafont to put the U.S. ahead. Lafont spilled a shot from distance from Sergino Dest, and the alert Rennicks, who entered the game in the second half, raced to the ball first to fire it in from close.

The Americans let their initial lead slip away before coming from behind to pull out the victory. The U.S. found the opener in the opener in the 25th minute through a clinical Soto finish on the counter, but strikes from Amine Gouiri and Nabil Alioui in the 41st and 55th minutes, respectively, gave France the lead.

Gouiri netted on a direct attack from France, and Aloiui scored after a shot from Moussa Diaby hit the post.

The U.S. showed resiliency, however, firing two near the final quarter hour to record the stunning victory.