USMNT aiming for repeat of past Gold Cup success 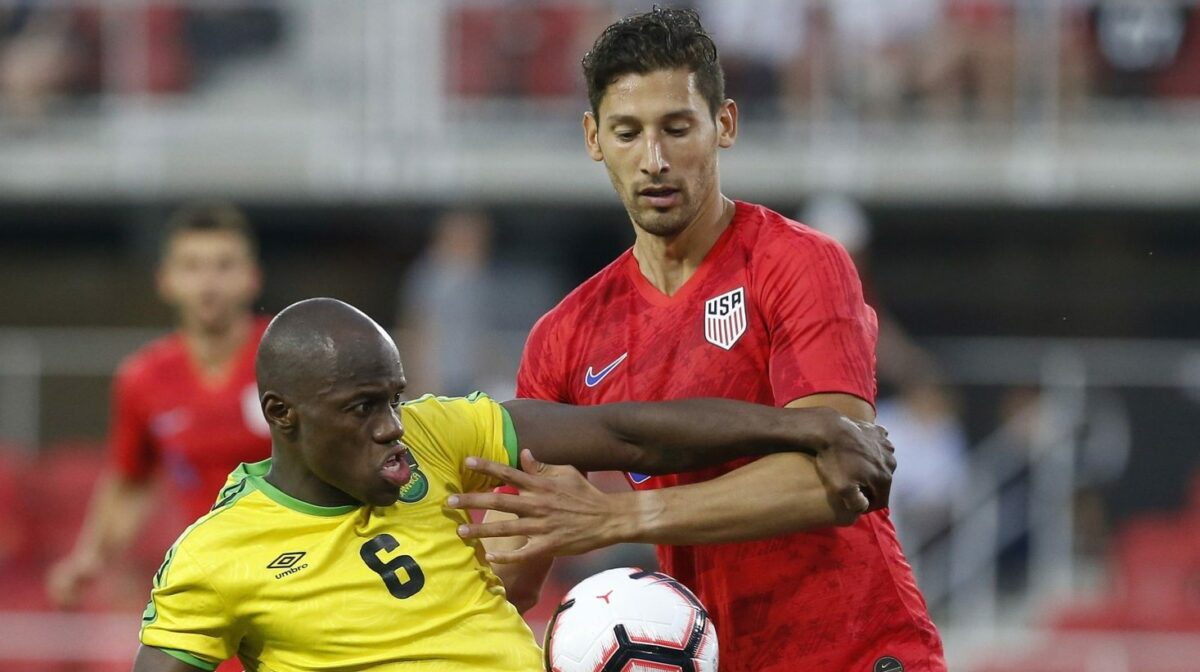 Entering the 2019 CONCACAF Gold Cup, the U.S. Men’s National Team went from the chants of “I believe that we can win” in the 2014 FIFA World Cup to “please believe in us once again” in the last three-to-five years, highlighted by the United States’ now infamous exit from the 2018 World Cup qualifiers at Trinidad and Tobago in October 2017.

A lot has changed from 2014, and even more the last two years, leading up to Tuesday’s Gold Cup opener as the United States takes on Guyana. The belief that the American sport was growing in the country has dropped and the belief that the United States Men’s program was finally catching up to the international powers like Spain, Germany, Argentina, and Brazil has plummeted.

Outside of just the national program, Major League Soccer isn’t viewed generally has a top league in its own country despite massive expansion since 2015 both on the pitch and on television with a massive TV deal with FOX and ESPN.

But the USMNT has a chance, once again, to shift the perception of American soccer back towards the positive and with a strong run and potential repeat title in the Gold Cup, they feel like they can get the rest of the country to once again believe that they can win.

“Obviously, what we’re doing is different … but we know that it’s all going to work out and we put the hard work in and hopefully people take notice that we’re a team that can be a leading nation in the world because we believe in ourselves that we can.”

For the first time in our generation, we’re seeing, first-hand, the USMNT go through a full reset – new management, a brand new head coach to the international scene, and an overall younger team in general despite bringing back nine of the 10 players from the 2017 Gold Cup-winning squad. Gregg Berhalter enters the Gold Cup with less than half-a-year under his belt at the helm of the USMNT, however, he’s brought fresh ideas and a more tactical, technical approach compared to the USMNT of past.

Change is always risky, especially when you’re changing the perception of a team and how it plays and looks on the pitch for the foreseeable future.

“Obviously what we’re doing is different,” Miazga explained. “You know, we’re obviously playing out from the back and have a different identity to us.”

Defender Omar Gonzalez, a member of the 2014 USMNT World Cup team that sparked the inspiration of the recent growth of American soccer and the 2017 Gold Cup champion team, added his thoughts on the USMNT’s evolution.

“I can say that every single one of us is behind the mission to change the way we view or change the way the world views American soccer,” Gonzalez said. “And that’s by playing pretty football, playing out of the back, positional play. We’re going to have a certain style and I think the fans, the media, everyone’s going to be able to notice it.

“Yes, there will be growing pains. It doesn’t matter if we make a mistake and they score on us, we’re going to still stick to how we want to play.”

A Gold Cup title doesn’t guarantee a spot in the 2022 World Cup, or any World Cup, as we’ve seen in recent year’s past through World Cup qualifiers. Besides, the rest of the conference looks stronger and hungrier to make a strong run in the Gold Cup themselves. Canada opened their Gold Cup play with a 4-0 win over Martinique and Mexico (usually a strong opponent), opened with a 7-0 win over Cuba. Costa Rica opened with a 4-0 win over Nicaragua and Haiti came back down a goal to win 2-1 over Bermuda.

So, to place the expectation that the United States has to win it again and should easily, especially given how they performed in the June friendlies leading into the tournament, could be absurd. There’s also little to no recognition for the Americans if they win the Gold Cup – there won’t be a parade in New York City or anything of the like, and the t-shirts would probably go on sale in about a month in any sports store to make room for the 2019 NFL gear, placing even less emphasis on a Gold Cup win.

But where a Gold Cup win lacks value in the eyes of the rest of the world, it makes up in what it means to the program and shows the world the status of the USMNT in meaningful matches. At the end of the day, a domestic trophy still goes some kind of distance.

However, a Gold Cup title, or a strong run, could help re-inspire the country’s faith and belief in the sport, one that fell face first as the U.S. did in Trinidad about two years ago.

The Americans aren’t just looking for another trophy this summer. They’re looking for some sort of redemption in their first serious set of matches in the last two years. Despite the recent stumble in the June friendly losses to Jamaica and Venezuela, Berhalter and the USMNT and looking towards progress in the cup to progress the program’s continued rebuild.

“We want to progress,” midfielder Weston McKennie said. “Of course that also means winning games, but we want to develop our style.

“And our goal is to make people see U.S. soccer as something different than what they see now.”