USMNT falls to Jamaica for first loss under Berhalter 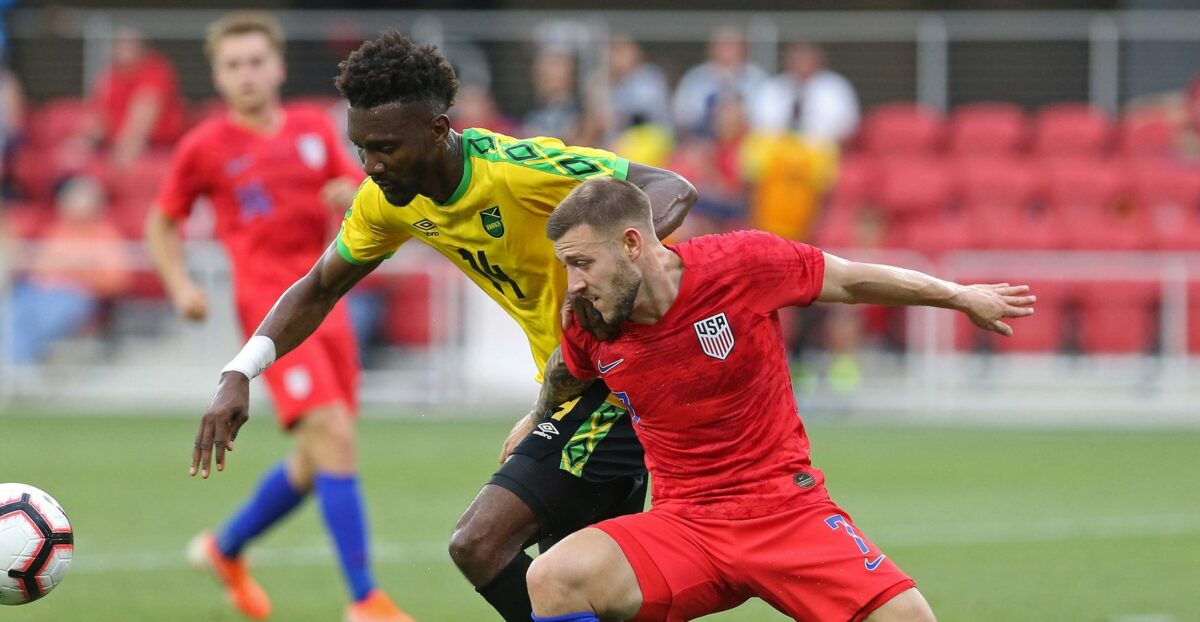 WASHINGTON, D.C. — For the first time under Gregg Berhalter, the U.S. Men’s National Team suffered defeat on Wednesday night. Not only did they suffer defeat, but the team lacked creativity in the final third and failed to pose much of a threat.

Shamar Nicholson’s long range blast was enough for Jamaica to defeat the USMNT 1-0 at Audi Field in the first of two pre-Gold Cup friendlies. It was the first defeat for the USMNT since December 2018 and one that will be examined closely by Berhalter and his staff before Sunday’s match against Venezuela.

A sluggish first-half saw Jamaica have the better offensive opportunities.

Kevon Lambert created space to take a rip towards goal but Steffen caught the effort cleanly.

Antonee Robinson got on the end of Cristian Roldan’s cross in the 44th-minute, but headed over the bar on the USMNT’s only effort on goal.

Steffen’s first real test came in the 54th-minute as Orgill’s shot was punched away by the former Columbus Crew keeper.

The Reggae Boyz would take the lead in the 60th-minute, thanks to a super strike from substitute Nicholson. Nicholson cut onto his right foot from 28-yards out and blasted a shot over the outstretched glove of Zack Steffen for his first senior goal.

Duane Holmes made his USMNT debut by coming on after halftime and almost made an immediate impact. The Derby County midfielder set up Josh Sargent after a corner but the striker would hit his effort wide.

Andre Blake made his lone save of the match in the 89th-minute, pushing away a low drive from Sargent. Holmes played a ball into the feet of Sargent who was able to turn and shoot low, but Blake was up to the task.

Eight players missed out for the USMNT on Wednesday, including Weston McKennie, Jozy Altidore, Michael Bradley and Tyler Boyd. Walker Zimmerman was the lone player who did not feature off the bench for Berhalter’s side.

Berhlater will trim his roster to 23 players by midnight for the Concacaf Gold Cup which begins on June 18th for the USMNT.