USMNT turns in poor performance with experimental lineup vs. Jamaica 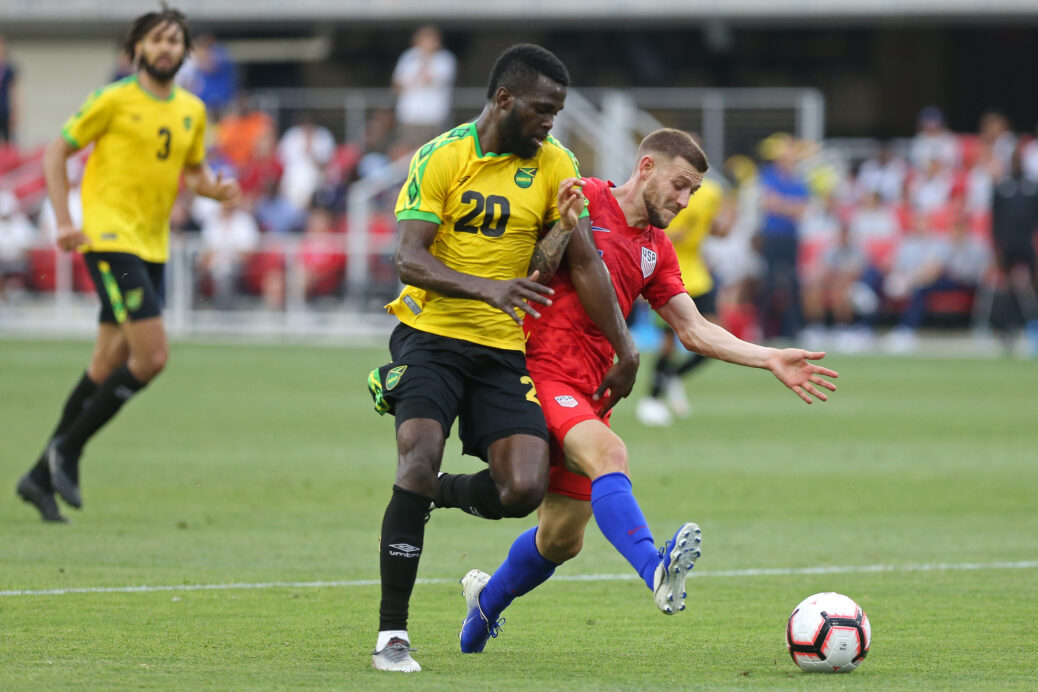 WASHINGTON — There are subpar performances and then there are poor ones.

A 1-0 loss to Jamaica that was immediately followed by a smattering of boos saw the U.S. start its summer camp on the wrong foot on Wednesday. The Americans were undone at Audi Field by a second-half golazo from Shamar Nicholson, but their overall display over the course of 90 minutes in an experimental 5-4-1 formation left a lot to be desired.

“The guys tried. I think we gave a decent effort,” said USMNT head coach Gregg Berhalter when asked what his message to the fans would be after the discouraging and flat outing. “We didn’t play well and you’re going to have nights when you don’t play well. I’m not sure to be that volatile that you turn against a team after one poor performance.

“There’s going to be more. As time goes on, there’ll be more poor performances when I’m coach. I guarantee it and that’s part of it, but are the guys bought in? Are they working hard? Are we executing the type of soccer we want to execute? We’re getting there.”

It was hard to see much progress in the friendly against the Reggae Boyz. The Americans began the game well by taking the match to Jamaica. The initial wave of intensity was soon replaced, however, by unimaginative play, predictable passes, and overall complacency.

What transpired was a disjointed effort that ended with Berhalter’s first loss as U.S. boss and just one shot on goal, which came in the 89th-minute.

“It was really something to learn from,” Berhalter said. “There were some positives. I think one of the objective of this first camp was to play an alternate formation, so we achieved that. I think there’s tweaks we can make to that formation to make it better, make it function better. Overall, I think that was positive.

“The negative, I think we lacked speed, we lacked aggression in the final third. When you talk about when the the ball is wide, there should be four guys in the penalty box. We only had two half the time, even when we won the ball in good positions. Now it’s time to counter, now it’s time to really enforce ourselves on the opponent. We didn’t do that.”

While Berhalter stated that he had some of his players work in the new formation as far back as last week during the initial days of preparation with members from the U.S. Under-23 Men’s National Team, one explanation for the disappointing effort was because of the lack of repetitions some of Wednesday’s starters had in the setup. Newness can bring with it discomfort, and that seemed to be the case for several players in the lineup.

Attacking midfielder Cristian Roldan, for example, said after the defeat on Wednesday that he only began practicing in the formation a day earlier. He did not join the U.S. camp until Monday because he had a game with the Seattle Sounders over the weekend, and that short turnaround presented part of the challenge for him and others.

“I think number one, you have to be bold,” said Roldan. “You have to understand that it’s a new formation and we’re testing it out, essentially, and you only have a couple days to learn it. Obviously, we would like more information because it is a different formation, but it’s really hard to do that in a couple days.”

New formation or not, the U.S. will have another friendly to fine-tune things ahead of the Concacaf Gold Cup. A match against Venezuela is on the docket for Sunday, and it will serve as the final opportunity to work on things before the games start to mean more with points on the line.

The Americans will be looking for a better result this weekend, as well as a better performance.

“Overall, the effort was okay, but we performed poorly tonight,” said Berhalter.