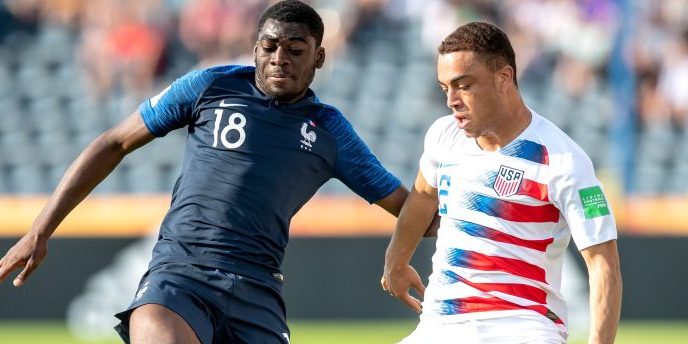 The U.S. Under-20 Men’s National Team is coming off its most impressive win in Poland so far. A 3-2 win over heavyweights France in the Round of 16 has Tab Ramos’ side preparing for a date with the reigning South American champions.

A date with Ecuador in Gdynia on Saturday stands in the way of the Americans advancing to the semifinals for the first time since 1989. After picking up only one point through its opening two group stage matches, Ecuador defeated Mexico to book its place in the Round of 16.

Ecuador scored three unanswered goals to down 10-man Uruguay 3-1 in the knockout stage to set up a date with the U.S. Although he hasn’t scored yet in this World Cup, Leonardo Campana has played all four matches and is a dangerous attacker for Ecuador.

Jordan Rezabala is a creative midfielder for Ecuador, who will look to connect with Campana in the attacking third. Gonzalo Plata, who currently plays with Sporting CP, is a speedy winger that the U.S. will need to watch, while Diego Palacios is one of the tournament’s better wingbacks.

After missing the Round of 16 due to suspension, Alex Mendez and Chris Durkin both return for the United States. Both can be expected to start in their respective midfield positions, bringing fresh legs to the mix.

While Konrad de la Fuente continues to be silenced on the right wings, Ramos may decide to give Ulysses Llanez the nod. Llanez has brought energy off the bench and could bring a different look into the starting XI over de la Fuente. Timothy Weah and Sebastian Soto should continue in their respective starting positions. Soto’s rise continues this tournament as he netted a brace against France and has four goals in four appearances.

Paired with Mendez, Paxton Pomykal should round out the attacking front while Durkin takes the place of Brandon Servania. Chris Gloster and Sergino Dest should continue to provide depth on the wings in attack, while making sure to track back against Ecuador’s wingers.

Central defenders Chris Richards and Aboubacar Keita may be stretched a little against Ecuador’s attack but are physical enough to put forwards off of their game. Mark McKenzie is the likely replacement if either are unable to start or play in full.