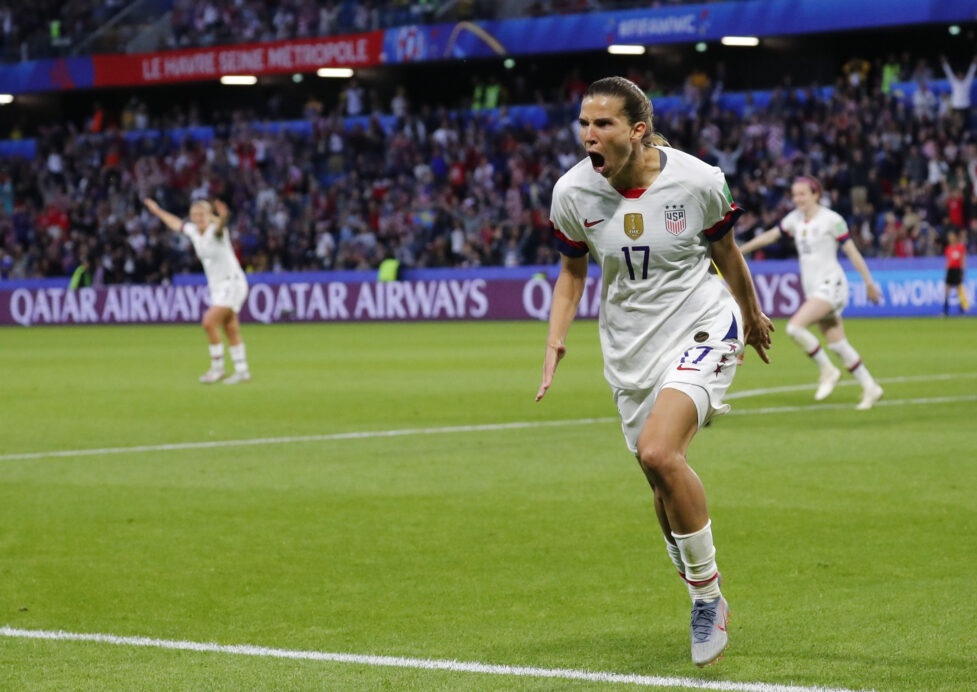 After a narrow victory over Spain, the U.S. Women’s National Team faces its biggest test yet, as they face France in a quarterfinal showdown this Friday. Megan Rapinoe’s two penalty-kick goals were enough to beat Spain and seal a blockbuster clash against the Women’s World Cup hosts.

Heading into the tournament, the USWNT and France were considered the favorites to become champions in July. This game represents what many had believed could have been the final.

France topped Group A without conceding a single goal and defeated Brazil to reach the quarterfinals. Their match against Brazil was tough though, eventually being decided in extra-time thanks to a goal from captain Amandine Henry.

“She’s fantastic, I consider her one of the best players in the world,” Tobin Heath said when asked about her former Portland Thorns teammate Henry.

“She’s a natural leader and I think it’s shown a lot in this World Cup and I think they’re lucky to have her as their captain and their leader because she’s a great player and I think she knows what it takes to win.”

Although the USWNT is largely considered the nation with the best squad, France have some of the best players in the world.

Seven of their players won the most recent UEFA Women’s Champions League with Olympique Lyon, a testament to the quality in the team.

Speaking of set-pieces, the clear target for many of these free kicks and corners is certainly going to be Wendie Renard, the tallest player at the World Cup.

“We all have so much respect for her and I think that our set up on set-pieces will remain the same and we just have to make sure we’re doing our jobs in executing and watching out for her because she’s definitely dangerous,” Mewis said regarding the aerial threat of Renard.

On the other hand, France will have to be weary of Alex Morgan, who will hope to claim sole possession of top spot in the race for the golden boot. She is currently tied with Australia’s Sam Kerr, who is already eliminated from the World Cup, at five goals.

She is also tied for most assists along with teammate Mewis and France’s Amel Majri.

Both of Majri’s assists have come off of set-pieces, a danger the USWNT will be well aware of.

A matchup to keep an eye on will be Majri and Heath. Heath has terrorized fullbacks throughout the World Cup, but has yet to score or provide an assist so far. Her end product has to improve if the USWNT are to move on to the semifinals.

Left-back Majri will be tasked with handling Heath, a job that could prove to be essential to France’s defensive solidity in the game. Considered one of the best fullbacks in the world, Majri will have to use every ounce of her abilities to contain Heath, while also providing width in the final third.

Both nations have a clean bill of health and don’t have any suspensions to worry about. There will be no excuses for the loser of Friday’s mouthwatering quarterfinal.

The winner will face the winner of the quarterfinal match between Norway and England to be played Thursday.