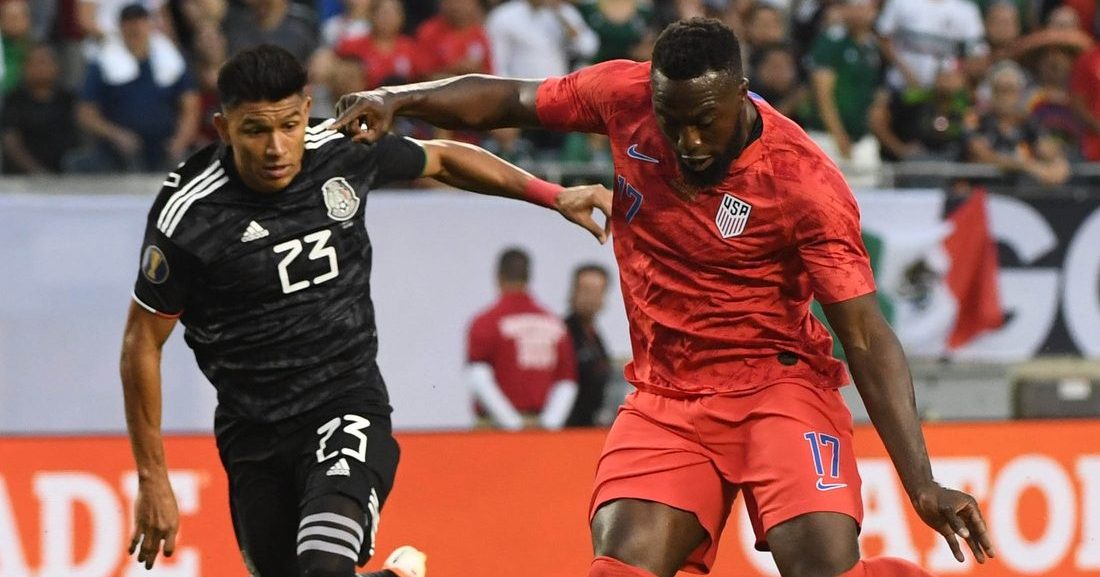 The U.S. Men’s National Team suffered a painful lesson on Sunday night in Chicago after a 1-0 Gold Cup finals loss to Mexico. It was the first tournament defeat under Gregg Berhalter, one in which the USMNT had chances to provide a different outcome.

In a scoreless first-half, the U.S. had the better of the offensive chances and easily could’ve led by a goal or two at the break. Not long before El Tri broke the deadlock through Jonathan dos Santos’ eventual game-winning goal, Jozy Altidore was replaced for Gyasi Zardes. It was an intriguing substitute as the veteran forward looked fine and was still giving the U.S. a physical option up top.

“I felt good, I felt strong and thought that I was effecting the game,” Altidore said in post match mixed zone. “It was good to be out there tonight.”

“It was a good game, both teams got after it and I thought we played well in the first-half. We put pressure on them, but we didn’t make the most of our chances. It just didn’t fall for us tonight.”

Altidore was making his third start of the tournament, after scoring against the winning goal against Panama in group stage play. His physical presence helped in the opening half, holding up balls for players like Christian Pulisic and Paul Arriola to connect with. He even had a golden opportunity to break the deadlock in the eighth-minute, scuffing a chance from near the penalty spot.

Yes, as the match went on, the USMNT began showing signs of fatigue as Mexico began pressing and holding possession. Altidore wasn’t getting much service from his teammates, but the team continued to struggle even after he was off the pitch. Zardes replaced Altidore nine minutes prior to Mexico’s goal, but failed to do anything noticeable in his 30 minutes of game time.

“We brought Gyasi on because we needed fresh legs, you can’t press Mexico if you are worried about some of the guys’ stamina,” Berhalter said. ” I thought Jozy put in a good shift, we used him a lot this tournament and I though he did well. But we needed legs.”

“We have a young team so there was a 10-15 minutes where we kind of lost the game,” Altidore said. “We’re trying to play out of the back and stick to our guns, but maybe we should’ve taken more chances down the field and get into their half. It happens, it’s a learning experience. We have to learn from this.”

The U.S. could not find an equalizer as they fell to its fifth all-time finals defeat to El Tri. For Altidore, now 29-years-old, he will return to club play with Toronto FC, in hopes of staying healthy and adding to his five domestic goals this season. With the inaugural Concacaf Nations League just near three months from kicking off, Altidore still can offer something to the USMNT going forward.

The loss to Mexico will hurt for a little bit, but eventually the team will need to power onward. Players like Christian Pulisic and Weston McKennie excelled in the Gold Cup, while Altidore and Michael Bradley proved they can still contribute as older players. Altidore is excited for the next chapter with the team, knowing even other players like Tyler Adams and DeAndre Yedlin can return from injuries.

“I think it’s an exciting way to play, it invites us to take chances and put pressure on teams,” Altidore said. “There were still a few guys that weren’t here so if we incorporate them we could even be more dangerous. The starting points are good, I think Gregg did a good job of implementing his tactics and style.”