At long last Revolution have headlining stars in Bou and Gil 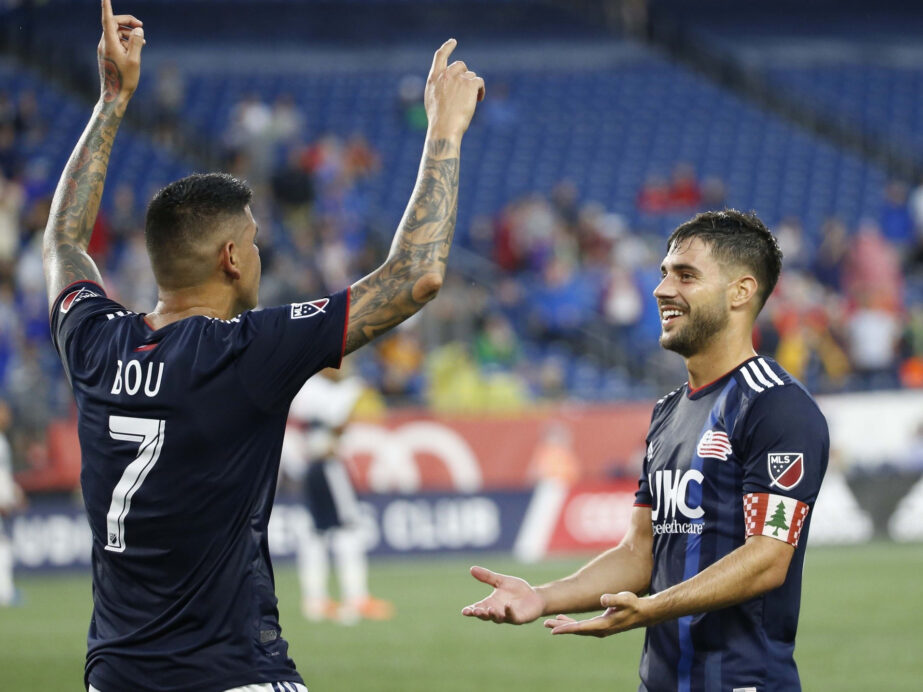 FOXBOROUGH, Mass. — In the dozen years since Major League Soccer introduced the concept of Designated Players, one of the most common talking points among the fan base has been that the New England Revolution’s ownership, the Kraft family, just weren’t willing to spend big.

Many even ding the Revolution over their highest profile Designated Player signing — former U.S. Men’s National Team mainstay Jermaine Jones, who subsequently led the Revs to the 2014 MLS Cup final — because New England won a blind draw over the Chicago Fire for the rights to sign Jones.

Now, that common refrain will have to be put out to pasture — at least for the time being — as the Revs followed up the January signing of La Liga and English Premier League veteran Carles Gil with the July 10 blockbuster acquisition of forward Gustavo Bou from Liga MX side Club Tijuana.

While the attacking midfielder Gil has impressed all season with his quality and work rate, the early returns on the Bou signing were magical in his MLS debut Wednesday night, a 4-0 home triumph over the Vancouver Whitecaps.

It took all of 46 minutes for Gil and Bou to connect for the Revolution’s goal of the season so far. Taking a left side corner, Gil picked the Argentine out at the edge of the box on and Bou struck the ball out of the air with authority, slicing it into the right side of the goal to give New England the lead.

“You guys always think that all this stuff is created in practice and the coach is doing it all.” said Revs coach Bruce Arena, who Bou credited in the locker room afterward with convincing him to join New England.

“On that particular play, Carles understood that Vancouver was really dropped off in their zone on that corner kick and if he could get it to (Bou), he’s going to get a chance at goal. You don’t see that often, players being able to take the ball out of the air like that and strike it as clean as he did.”

“I feel really good here,” Bou said through a team translator. “I’m just really happy to score in my debut and over everything I’m just happy the team won and to be a part of the team and get the three points.”

The Revs captain Gil added a goal of his own from nearly the same spot in the 86th minute, opening up onto his left foot and then bouncing a side-footed volley past Whitecaps keeper Maxime Crepeau inside the left post.

Overall, the Revolution peppered Crepeau with 33 total shots, while Gil and Bou tied for the game-high with three shots on target apiece. Gil led all players with 28 passes completed in the final third, while Bou was credited with six chances created before subbing off in the 79th minute.

“I think he’s going to be one of the stronger players in the league,” Gil said.

The 4-0 result marked the Revs’ largest margin of victory all season and improved their MLS-best unbeaten streak to nine games (5-0-4). New England moved to 7-8-6 (27 points), a remarkable turnaround from bottom table to eighth place in the Eastern Conference standings.

A three-game stretch in August against LAFC, the Seattle Sounders and the New York Red Bulls looms large, but with Gil and Bou pulling the strings on offense, the Revolution look firmly back in the playoff race.

“It’s somebody (Gil) can play off of,” Arena said. “They look like they have a good understanding. We saw that in training, but it’s going to take some time. I think in another month, we’ll know a lot more about that combination.”

Gil and Bou give New England its most dynamic duo since 2014, when Jones and Lee Nguyen led the Revs to their fifth final appearance, where they lost to Arena’s LA Galaxy, as the coach locked up his fifth MLS Cup win.

It’s still the smallest of sample sizes, but the 26-year-old Spaniard and 29-year-old veteran of Argentine clubs like River Plate and Racing Club look well worth what was a record spending spree this year for the Krafts.

SBI Soccer Editor-In-Chief Ives Galarcep reported that the Revs splashed over $6 million on the transfer fee alone to sign the Bou, who racked up an impressive 21 goals and 14 assists in his two years in Liga MX with the Xolos. New England also reportedly guaranteed Bou another $6 million in salary, along with $4 million in potential bonuses or options.

It reportedly cost the Revolution $2 million to secure Gil from Deportivo La Coruna, while he ranked 15th in total compensation this season at $2.34 million in the MLS Players Association’s recently released salary guide.

Gil has been a shrewd investment, playing 1,887 of a possible 1,890 minutes, while taking over the team captaincy and leading the Revs in most statistical categories, including goals (6) and assists (7). Perhaps his success and the Krafts’ belief in Arena, led them make a similar move to bring in Bou.

“Very rarely do you see in any sport a player come in with a new team and not miss a beat,” Arena said. “But I thought he grew into the game.”

After game one with Bou, Gil summed it up: “He’s going to help us a lot.”

It’s been a lean couple of seasons for the Revolution fan base, but with two genuine difference-makers in the fold, that might be about to change.